George F. Will: Brexit shows how direct democracy can be dangerous

“In my country the people can do as they like, although it often happens that they don’t like what they have done.”

London • During the Second World War, as U.S. power was eclipsing Britain’s, Harold Macmillan, a future prime minister, reportedly said, “These Americans represent the new Roman Empire and we Britons, like the Greeks of old, must teach them how to make it go.”

Today, Britain’s Brexit agonies — its two-and-a-half-year struggle to disentangle itself from the European Union — indicate that America’s Founders could teach 21st-century Britain something: Direct democracy is dangerous because public sentiments need to be refined by filtration through deliberative institutions.

A June 2016 referendum endorsed (52 percent to 48 percent) exiting the EU. Implementing this has, however, become messier than anyone, especially voters, anticipated. In a House of Commons debate on Brexit, a Conservative member said that democracy is like sex — if it isn't messy you're not doing it right. However, messiness is not proof of correctness.

European unification was conceived in fear — Europeans' fear of themselves, a residue of wars produced by various atavisms, including unhinged nationalism. For decades Britain’s Tories have been bitterly divided about the project of “harmonizing” political practices and economic policies, with a probable consequence of homogenized national cultures. The embryo of the EU was a free trade zone — a single market. But as the unification project became more ambitious, it required the derogation of national parliaments and hence of nations' sovereignties. So, in 1988 Margaret Thatcher voiced what became Conservative Euroskeptics' cri de coeur: “We have not successfully rolled back the frontiers of the state in Britain, only to see them re-imposed at a European level with a European super-state exercising a new dominance from Brussels.”

Hoping to cauterize the Conservative Party's long-festering wound, in 2016 then-Prime Minister David Cameron succumbed to the plebiscitary temptation, scheduling the referendum that he thought Remain would win. It lost, he resigned, and Theresa May, who had voted Remain, became prime minister. She called an election expecting to increase her parliamentary majority and thus her leverage negotiating terms of divorce from the EU. Instead, she lost her majority and was forced into an alliance with a Northern Ireland party.

It is dismaying that most of the binding law in Britain comes from the European Commission in Brussels. But why, with its primacy at stake, did Parliament punt one of the most momentous decisions in British history to a referendum? The bedrock principle of representative government is that "the people" do not decide issues, they decide who shall decide. And once a legislature sloughs off responsibility and resorts to a referendum on the dubious premise that the simple way to find out what people want is to ask them, it is difficult to avoid recurring episodes of plebiscitary democracy.

Last October, 700,000 marched in London demanding a second referendum, which would indeed be based on better information: Few who voted Leave 30 months ago had any inkling of the complexity of unwinding decades of ever-thickening legal relationships. May contends that another referendum would "break faith with the British people." This, however, postulates a false clarity about what the Leave-voting majority willed. May favors "delivering the Brexit people voted for," but even the political leaders who favored Brexit voted simply for leaving, the details — wherein the devil always is — be damned.

A second referendum would have to offer a binary choice, lest there be an unhelpful plurality outcome. But should the choice be : “Hard Brexit” (no agreement about future relations with the 27 EU members) versus May’s agreement? Her agreement versus remaining in the EU? Hard Brexit versus remain?

Although the deal May negotiated addresses immigration anxieties by ending the free movement of people between Britain and the EU, and limits payments to the EU and subjection to the European Court of Justice, Britain would remain indefinitely subject to many EU regulations and some assessments but without the ability to shape them. On Tuesday, Parliament probably will resoundingly reject the deal. The 73 days until the March 29 deadline for leaving the EU will be eventful.

In 2016, a majority of voters over age 43 favored leaving, a majority of those younger favored remaining. Since then, mortality has taken many Leavers, and many young people have joined the electorate. So, demography, combined with a new understanding of Brexit's certain costs and myriad uncertainties, could cause 2016's big bang that began Brexit to end with a 2019 whimper of a referendum saying, "Oh, never mind."

George F. Will writes a twice-weekly column on politics and domestic and foreign affairs. He began his column with The Washington Post in 1974, and he received the Pulitzer Prize for commentary in 1977.

END_OF_DOCUMENT_TOKEN_TO_BE_REPLACED 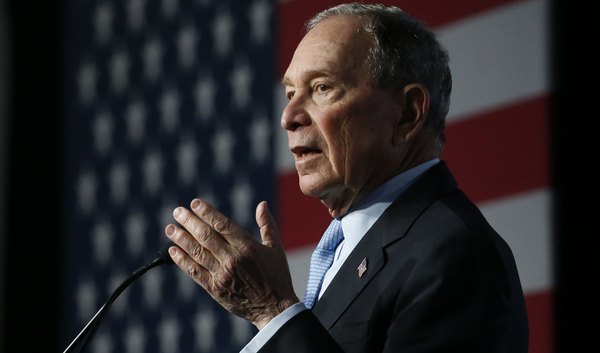 Letter: Bloomberg isn’t the only one trying to ‘buy’ the presidency
By Bill Revene | The Public Forum • 7h ago 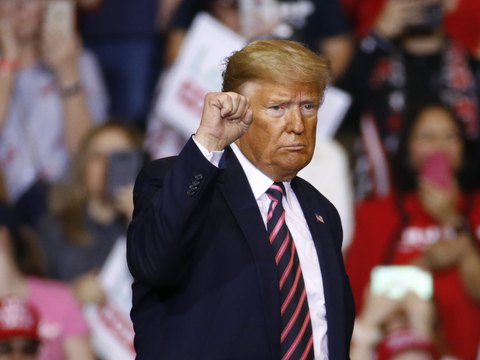 Letter: The Utah Legislature does not speak for me
By Michael Jablonski | The Public Forum • 7h ago

Letter: This ex-Republican prefers a Democrat for president
By John Pitt | The Public Forum • 7h ago
END_OF_DOCUMENT_TOKEN_TO_BE_REPLACED
L

No one injured in police shooting in West Point
By Scott D. Pierce • 24m ago 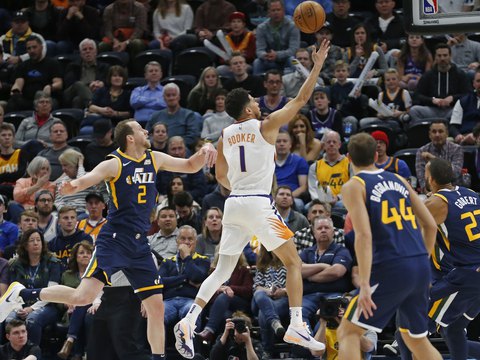 How has it all gone south for the Utah Jazz? Simpy put, ‘Lack of commitment.’
By Eric Walden • 36m ago 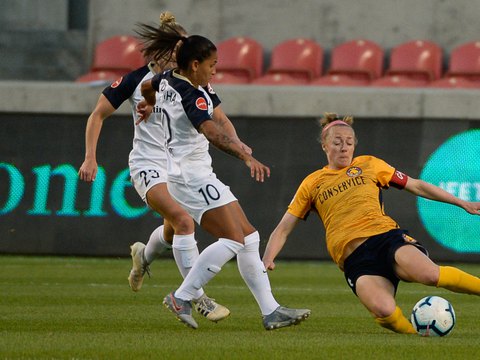