Patti Davis: A child occupies the White House. And the world knows it.

Lately, I’ve been looking at home movies and photographs of my childhood years; I’m working on a documentary about my family’s life before politics claimed us. A time before the world moved in.

There is something transformative about looking back at your parents when they were younger than you are now and seeing yourself as a small child gazing up at them, reaching for their hands. It resonates in some deep part of us — they were the first adults we knew, and we relied on them to lead us into a big unfamiliar world. We didn’t know that generations whispered behind us. We didn’t know the pull of ancestry or the fears and doubts that may have trailed our parents throughout their lives. We only knew we were supposed to hold their hands and trust them to keep us from falling.

There is an inherently parental role to being president of the United States. The person holding that office is supposed to know more than we do about dangers facing the country and the world and is entrusted with making the appropriate decisions to keep us safe and secure. The president is supposed to keep us from falling. What happens when the president is the biggest child in the room — any room? It upends the natural order of things as surely as if a child’s parents started throwing tantrums and talking like second-graders.

I’m not sure the country has fully comprehended the damage being done by a president who misbehaves so frequently that it’s a news story when he doesn’t. Globally, the United States has lost its power, its aura of seriousness and decisiveness that once made autocrats hesitate before crossing us. Now we are a country that can’t seem to stand up to a ruler who orders the murder and dismemberment of a dissident who was a legal U.S. resident, or call out Russia’s intrusion into America’s democratic process.

A friend’s young son thought it was really funny when the president called someone “Horseface.” He giggled when he saw the president on TV telling a reporter that her question was “stupid” and that all her questions are stupid. Nine-year-olds should be able to look up to the president of the United States, not feel that the president is one of them.

Immaturity in adults has serious consequences. My friend the author Marianne Williamson once said, “Adults who behave like children do adult damage.” We’re starting to see some of that damage, most recently at the southern border. This president has slammed shut America’s door as loudly as a petulant child slams his bedroom door and shouts, “Go away.” The result is that thousands of migrants are living in squalid conditions just beyond the U.S. border, trying to keep babies from getting sick. This is adult damage, and there will be more.

What will happen if the country faces serious danger? I was 10 years old in 1962 when President John Kennedy addressed the nation about the Cuban missile crisis. I remember sitting on the floor in my parents’ bedroom watching him on television. I remember asking my father if we would go to war. He replied, “I hope not. But the president is doing the right thing.”

Kennedy’s somber confidence did make me a little less afraid. At the end of the speech, he said: “The cost of freedom is always high — but Americans have always paid it. And one path we shall never choose is the path of surrender or submission. Our goal is not the victory of might but the vindication of right.”

Who would speak to the nation like that if global turmoil turned into a crisis that threatens America's future?

Patti Davis is the author, most recently, of the novel “The Earth Breaks in Colors” and the daughter of Ronald and Nancy Reagan.

END_OF_DOCUMENT_TOKEN_TO_BE_REPLACED 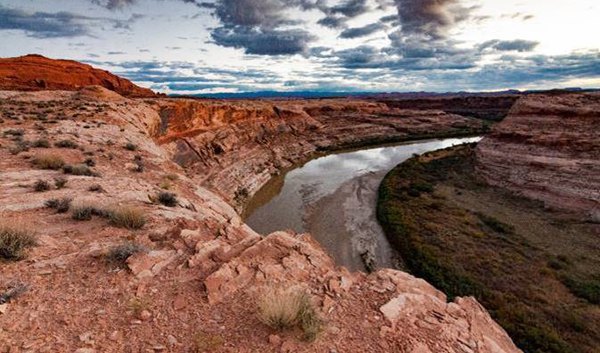 Robert Kirby: I’ll grow where you want me to grow
By Robert Kirby • 16h ago

Leonard Pitts: Let’s give them something to howl about
By Leonard Pitts | The Miami Herald • 18h ago
END_OF_DOCUMENT_TOKEN_TO_BE_REPLACED
L