Whether Trump will crumble (as he did in offering China an olive branch on ZTE) remains to be seen.

President Donald Trump is desperate for a flashy, big win in foreign policy after a series of less-than-successful stunts. His pullout from the Iran deal has been widely criticized; his advisers’ prediction that our European allies would follow us seems highly questionable. Moving the U.S. Embassy to Jerusalem touched off mass protests in which approximately 60 Palestinians were killed. His concession to China on ZTE led to bipartisan scorn. In short, he has put all his eggs in the North Korea basket.

On Tuesday, North Korean leader Kim Jong Un, taking in Trump’s concession on ZTE, no doubt saw how easily Trump can be manipulated in search of a win. Kim swiftly demonstrated how Trump’s expectations can be dashed — and how vulnerable the neophyte president is to getting played by Pyongyang.

“North Korea is rapidly moving the goal posts for next month’s summit between leader Kim Jong Un and President Trump, saying the United States must stop insisting it ‘unilaterally’ abandon its nuclear program and stop talking about a Libya-style solution to the standoff.

“The latest warning, delivered by former North Korean nuclear negotiator Kim Gye Gwan on Wednesday, fits Pyongyang’s well-established pattern of raising the stakes in negotiations by threatening to walk out if it doesn’t get its way.

“This comes just hours after the North Korean regime cast doubt on the planned summit by protesting joint air force drills taking place in South Korea, saying they were ruining the diplomatic mood.

“Most critically, the North Korean negotiator cast doubt on the notion Pyongyang would ‘unilaterally’ give up its nukes simply to gain economic benefits, which has been the premise of the administration’s summit plans. … At the same time as threatening to scuttle the summit with Trump, North Korea canceled talks with South Korean officials that had been scheduled for Wednesday, less than 24 hours after agreeing to them.”

The Brookings Institution’s Michael O’Hanlon observes that a “no more Mr. Nice Guy” stance actually is “more reassuring than the love fests that were happening previously, because they seemed surreal.” There are a couple of ways to read this shift in tone.

“Either Kim is now nervous about the whole détente process, given the clear U.S. goals, and wants to shut it down entirely, in which case the summit may not happen at all,” says O’Hanlon. “Or, more likely, he is beginning the bargaining process in earnest, since the Trump administration was misinterpreting what he really meant and really was offering with all his talk of peace and denuclearization. It’s not going to be that easy, or unilateral on his part, and most of us didn’t think it would be.”

If it is the latter, Trump may be particularly susceptible to Pyongyang’s posturing. His reliance on “chemistry” with world leaders and penchant for interpreting other countries’ moves — be it the “nice” release of three Americans held in North Korea or a red-carpet welcome in China (the biggest ever!) — in personal terms are counterproductive when dealing with a methodical, aggressive regime. Instead of winning favor, Trump’s childish rhetoric merely confirms adversaries’ belief that they can manipulate him with a few superficial moves.

Nicholas Eberstadt warned in The Post in early March: “A good North Korean negotiating team seizes immediate control of the agenda. Typically it will suddenly stop talks, or unexpectedly demand resumption, to throw the other side off its game. If Team North does not take control of the agenda, talks get shut down until Team North says it is time to start talking again.” In short, if they did not see Pyongyang’s latest maneuver coming, Trump and his team are more gullible than we imagined.

Pyongyang also cleverly targeted national security adviser John Bolton, whose touting of the “Libya model” (in which its leader was deposed and then killed in rebel custody) was needlessly provocative. The Associated Press explains:

“Though North Korea has been for the most part silent about its intentions for the meeting, the announcements underscore two of its biggest concerns — the future of the nearly 30,000 U.S. troops in South Korea and claims coming out of Washington lately that sanctions and Trump’s ‘maximum pressure’ policy are what drove Kim to the negotiating table.

“But defanging Bolton, the most militant of Trump’s advisers, is now also apparently a major priority.

”‘We do not hide our feeling of repugnance toward him,’ North Korea said of Bolton in a statement attributed by state-run media to senior Foreign Ministry official Kim Kye Gwan. …

“It warned … of a ‘ridiculous comedy’ if Trump listens to Bolton and ‘quasi-patriots’ who insist on ‘abandoning nuclear weapons first, compensating afterward.’

”‘We have already stated our intention for denuclearization of the Korean Peninsula and made clear on several occasions that precondition for denuclearization is to put an end to anti-DPRK hostile policy and nuclear threats and blackmail of the United States. … But now, the U.S. is miscalculating the magnanimity and broad-minded initiatives of the DPRK as signs of weakness and trying to embellish and advertise as if these are the product of its sanctions and pressure,’ it added.”

Most U.S. presidents would see North Korea’s threats as a test and would therefore neither budge from the U.S. negotiating stance nor allow our foe to dictate who advises the president. Whether Trump will crumble (as he did in offering China an olive branch on ZTE) remains to be seen. This should nevertheless serve as a warning for U.S. officials, and Trump specifically, to cut the happy talk and maintain a high degree of skepticism about Pyongyang’s intentions.

Trump’s insistence that “no one” has gotten as far as he has in negotiations with North Korea is misguided in several respects. First, we’ve actually had full-blown agreements with North Korea — which North Korea did not abide by. We’ve had many rounds of negotiations with North Korea over the years and even release of imprisoned Americans. Trump, on the other hand, has gotten nothing concrete from North Korea on its denuclearization; he has not gotten anything of lasting value. Second, the promise of a summit is already buying Kim some international stature and credibility while raising questions as to whether our South Korean partners have been engaged in some wishful thinking regarding the prospects for denuclearization. By offering North Korea a summit, Trump is now at risk of losing something of no strategic value — a world-class photo op — if he does not accede to North Korea’s table-setting demands for the summit. And should he ever get into a room with Kim, one can only imagine what he would give up to get his own version of “peace in our time.”

END_OF_DOCUMENT_TOKEN_TO_BE_REPLACED 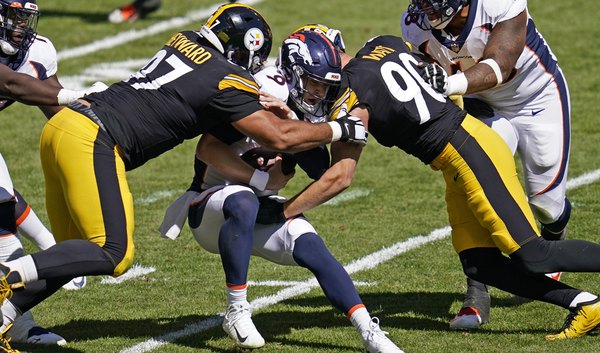 Letter: Let’s work to forge a more positive outlook on life
By Seth Anderson | The Public Forum • 9h ago

Letter: We need a leader who cares for our planet
By Peggy Clark | The Public Forum • 9h ago 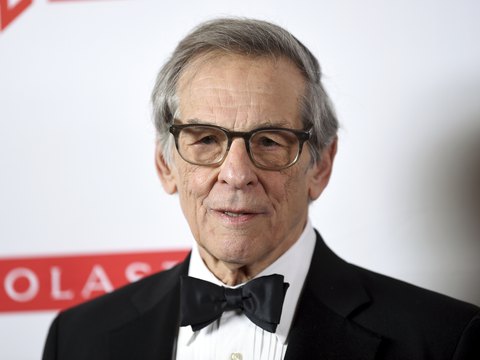 Farhad Manjoo: I built a time machine to the 1960s
By Farhad Manjoo | The New York Times • 9h ago
END_OF_DOCUMENT_TOKEN_TO_BE_REPLACED
L