Noah Feldman: The rule that Kellyanne Conway broke should be unconstitutional

The First Amendment should be interpreted to protect a federal employee who is talking politics in a public forum.

Conway did arguably break the rules. But the provision of the law that she broke seems at least borderline unconstitutional as applied to her. The circumstances of the case show why the First Amendment should be interpreted to protect a federal employee who is talking politics in a public forum.

As a literal matter, the watchdog’s finding seems vaguely plausible. The Hatch Act, which dates back to 1939, says that federal employees in Conway’s position may not use their “official authority or influence for the purpose of interfering with or affecting the result of an election.” (The Office of Special Counsel, which investigates Hatch Act violations, is unrelated to Robert Mueller’s probe of Russian election meddling.)

The act also says, however, that an “employee retains the right to vote as he chooses and to express his opinion on political subjects and candidates.”

Conway is “counselor to the president.” Her job doesn’t fall within one of the Hatch Act’s exemptions, which include the president and the vice president.

Before the Alabama election, Conway went on Fox News’s “Fox and Friends” and on CNN’s “New Day” in her role as presidential adviser. She was billed as counselor to the president. While on air, she sought to affect the outcome of the election by promoting Moore and trashing Jones (“weak on crime, weak on borders … a doctrinaire liberal”).

As special counsel Henry Kerner detailed in his report, Conway got talking points from the White House communications office before she went on. The talking points discussed Moore, but didn’t tell Conway that she should endorse him or oppose Jones.

Conway and the White House have an answer to the charges. They say Conway was just reporting Trump’s views. On this theory, she wasn’t using her official authority to influence the election. She was serving as a kind of passive amplifier of Trump’s view. And the law exempts Trump himself from its reach.

That answer doesn’t fit the text of the statute, or its purpose. A presidential adviser relaying the president’s views is still acting on her official authority. The whole point of the law is to stop federal officials from using governmental power to advance partisan ends. Whether they are doing so at the president’s behest is irrelevant.

But there’s a better reason to be worried about the special counsel’s finding: The relevant provision of the Hatch Act may well be unconstitutional. It is certainly very vague and hard to apply, given that the law allows Conway to express her views about candidates.

It is particularly bizarre to think that Conway can try to affect national politics with every word in her mouth, but cannot cross the magic line in which she “affects” elections by endorsing or condemning particular candidates.

In 1947, the U.S. Supreme Court upheld the act’s constitutionality. In his dissent, Justice Hugo Black, the great free-speech champion, noted the “hopeless contradiction between [the law’s] privilege of an employee to talk and the prohibition against his talking.” He argued that the law was “too broad, ambiguous, and uncertain in its consequences” to be sustained.

And in 1973, when the court again upheld the law, Justice William O. Douglas, joined by Justices William Brennan and Thurgood Marshall, said that the “chilling effect of [the law’s] vague and generalized prohibitions is so obvious as not to need elaboration.”

A modern version of that argument would be that federal employees like Conway cannot get sufficient guidance from the statute for it to be fairly applied to them.

Conway’s case shows how the ambiguity is deleterious to free speech. Wasn’t Conway exercising her statutory right “to express [her] opinion on political subjects and candidates”? How, exactly, can she go on television and try to influence politics without indirectly affecting electoral outcomes?

If the special counsel is right, then Conway or other presidential proxies will be significantly chilled in what they can say in public. That is a problem for free speech, and for the First Amendment.

Under current doctrine, public employees can be limited in what they say so long as they are acting within the scope of their duties. That principle would seem to allow Congress to restrict federal employees’ official speech.

Yet the principle against vagueness and ambiguity nevertheless should apply here, because the law purports to allow some speech, while prohibiting other speech that is barely distinguishable, if at all.

The upshot is that Conway’s speech should be protected here. And what would “Saturday Night Live” do without her?

Feldman is a Bloomberg View columnist. He is a professor of constitutional and international law at Harvard University and was a clerk to U.S. Supreme Court Justice David Souter. His seven books include “The Three Lives of James Madison: Genius, Partisan, President” and “Cool War: The Future of Global Competition.”

END_OF_DOCUMENT_TOKEN_TO_BE_REPLACED 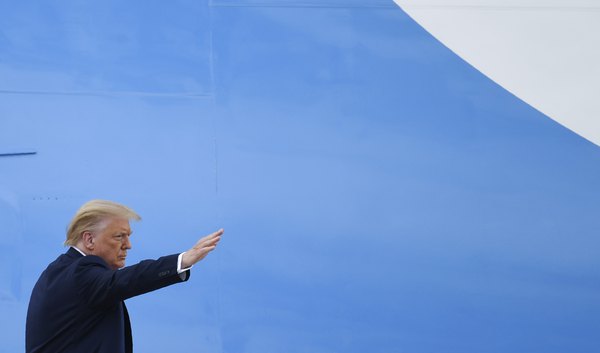 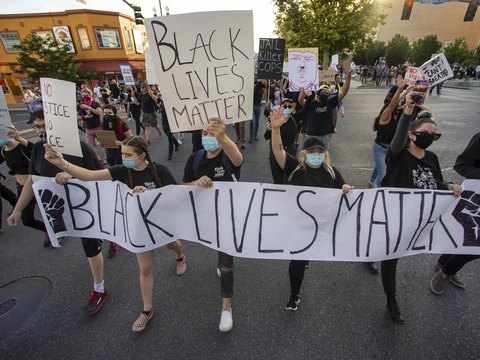 Robert Gehrke: Utah’s hospitals — and the people inside them — are on the brink of being overwhelmed
By Robert Gehrke • 22m ago

Letter: Bountiful High School should change its mascot
By R. Brown | The Public Forum • 37m ago