Utah Sen. Mike Lee, a Latter-day Saint, turned his questions to religious freedom and persecution in the Supreme Court nomination hearing Wednesday of Amy Coney Barrett, who is Catholic.

“I think you and I share something in common on this, an enthusiasm for religious freedom,” Lee said, adding that Latter-day Saints “have been no strangers to religious persecution even in this country.”

He noted, for example, that in 1838, Missouri Gov. Lilburn Boggs issued an “extermination order” to force removal of all church members from his state — an order that was not officially lifted until the 1970s.

“It wasn’t nice. But, you know, I assume he had his reasons. He believed we were heretics,” Lee said. “And I’m sure we are heretics in the eyes of many. But we try to be really nice heretics.”

Lee then complained about “Blaine amendments” in many states that since the 19th century sought to prevent government funding from going to Catholic schools. Lee asked Barrett to discuss recent Supreme Court rulings that have blunted them.

Barrett said that while “there is a line of cases saying a state or a federal government clearly can’t establish a church,” the court in recent cases “has been very clear that religious institutions can’t be discriminated against, or excluded from public programs, simply because they are religious.”

Lee also asked Barrett to discuss recent rulings about guidelines churches must follow if they decide to hire only members of their faiths to teach in certain positions at church schools. She noted that is only allowed if those teachers are also considered ministers.

“What this requires courts to do is decide who is a minister,” Barrett said. She said that’s easy when someone teaches religion but is tougher when they teach math. She said the Supreme Court developed a multipronged test that looks at such things as whether teachers also lead prayers and help to teach in the tradition of a religion.

She said recent court decisions give “a lot of deference to the school’s characterization of whether someone is a minister or not — not to encourage discrimination, of course, but simply to protect religious freedom.”

In its 7-2 ruling in July, the Supreme Court expanded the religious school exemption from anti-discrimination laws, including the Americans with Disabilities Act.

Barrett also faced another question related to religion — on whether polygamy might again come before the court — posed earlier Wednesday by Judiciary Chairman Lindsey Graham, R-S.C.

“Polygamy, obviously, in many places, is illegal now,” she said. “That may be an issue somebody might litigate before the court at some point.”

Graham added, “Somebody might make the argument it’s possible for three people to love each other genuinely.”

Lee also used his questioning on Wednesday to tell Barrett that her record as a judge on the 7th Circuit Court of Appeals “actually shows that you’re able to set aside your personal convictions, because that’s what you’ve done when they’ve conflicted with your duty under the rule of law.”

For example, Barrett, before she became a judge, signed a 2006 newspaper ad that called the landmark Roe v. Wade decision legalizing abortion “barbaric” and called for it to be overturned. Still, Lee noted, she ruled on the bench in favor of a law requiring protesters to keep certain distances from abortion clinics.

Barrett said that followed precedent set by the Supreme Court.

Lee also said that one of her rulings — part of a case that ultimately upheld an Indiana law requiring the remains of an aborted fetus to be buried or cremated — was later mirrored by a Supreme Court decision on the issue.

“I don’t think I’ve ever heard anyone characterize as a radical act of conservative activism a 7-2 decision joined by [liberal] Justice [Elena] Kagan and Justice [Stephen] Breyer,” Lee said.

END_OF_DOCUMENT_TOKEN_TO_BE_REPLACED

What you need to know about Ryan Smith, the new owner of the Utah Jazz
By Tony Semerad , andy larsen • 9h ago

END_OF_DOCUMENT_TOKEN_TO_BE_REPLACED 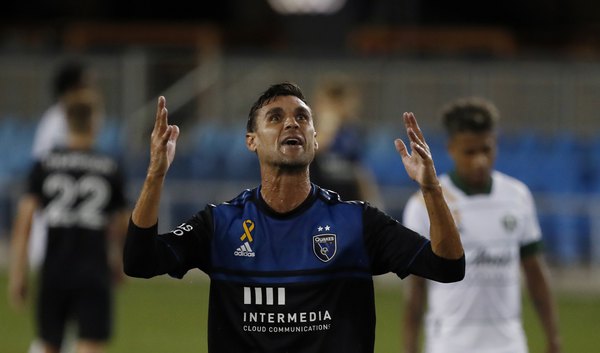