Lawmakers advanced a bill that, if approved in Thursday’s special session, would allow assisted living centers to discharge patients who refuse to follow the Utah Department of Health’s order for residents to be tested for COVID-19.

Bill sponsor Sen. Curtis Bramble, R-Provo, said the legislation tries to strike a balance between Utahns’ rights to refuse testing with the danger posed to other high-risk residents at assisted living centers.

“I was assigned the task of trying to find a balance between the competing rights of an individual who does not want to be tested,” Bramble told the Health and Human Services Committee, “with the authority of a Department of Health that wants to mandate testing of everyone.”

He said over 40% of Utahs that have died from the novel coronavirus have been high-risk residents in nursing homes — and said that 30% of nursing homes in the Beehive State have refused Department of Health orders to require COVID-19 testing.

The bill, which won committee approval on a 14-1 vote, also reinforces the fact that the Department of Health can collect information about risk factors that make a person more susceptible to complications from the virus, including his or her age if they test positive.

When asked whether he would be open to enforced quarantine rather than requiring patients to leave, Bramble clarified that the bill “doesn’t say that [residents who refuse testing] would have to be discharged, it just gives [nursing homes] a right to.”

Rep. Jennifer Dailey-Provost, D-Salt Lake City, raised concerns about whether the bill might force discharged patients onto the streets.

“The last thing we need right now are elderly very vulnerable people becoming homeless because they don’t want to be tested for COVID,” Provost said. “I think that there’s a very real fear, if they’re cognizant of what’s going on … that if they do get tested and they’re positive, that they’ll just get discharged anyway.”

She noted that discharging a patient may create challenges when they need to receive care in another assisted living center and it also creates problems for residents who go home to family.

“We have low-income families who have many, many people in small spaces and there’s just a lot of opportunity, too many opportunities, for those problems to be exacerbated,” she told the committee.

Provost said as a health-care professional she supports getting as much testing as possible but she asked for more strict guidelines around discharge.

“There needs to be some kind of [rule] making sure that before somebody’s discharged for refusing to undergo a test that that person has received a certain amount of education on what getting tested means and what the implications of the results are,” Provost said.

Or as an alternative, she suggested that there be a requirement to contact the resident’s family. “It can’t be ... you refuse to test, you’re out by this date,” she said. ”We can do better to … not leave people homeless if they refuse to test.”

It was later clarified that Bramble’s legislation fits in with the strict guidelines for who can and can’t be discharged from assisted living facilities. Nursing homes are also already required to quarantine an individual if they suspect that person has COVID or shows symptoms.

Bramble said this is the only hearing the bill will have before it’s presented to the full legislature during the upcoming special session.

END_OF_DOCUMENT_TOKEN_TO_BE_REPLACED 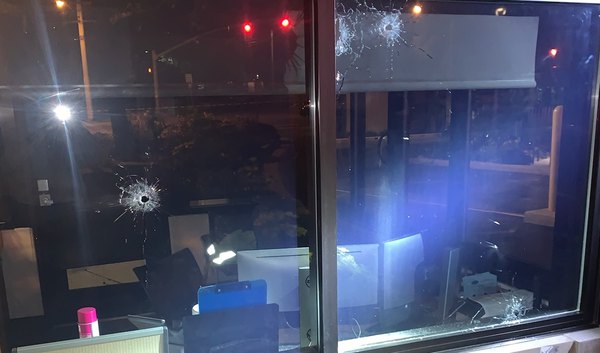 Gunfire hits Missionary Training Center in Provo. No one is injured.
By Scott D. Pierce • 6h ago

Robert Gehrke: Like all parents, I’m grappling with whether to send my kid to school
By Robert Gehrke • 8h ago
END_OF_DOCUMENT_TOKEN_TO_BE_REPLACED
L

END_OF_DOCUMENT_TOKEN_TO_BE_REPLACED

Ellen Birrell: To beat the summer heat, car-centric is not the answer
By Ellen Birrell | Special to The Tribune • 27m ago
END_OF_DOCUMENT_TOKEN_TO_BE_REPLACED