Editor’s note: The Salt Lake Tribune is providing readers free access to critical local stories about the coronavirus during this time of heightened concern. To support journalism like this, please consider donating or become a subscriber.

When he took over as the U.S. secretary of Health and Human Services in 2005, he said it was apparent the nation’s preparedness for a disease outbreak was woefully inadequate. Leavitt spent most of the next year crafting a plan to respond to a potential flu pandemic, work that was done amid fears of the spread of avian flu.

So I talked to Leavitt to get his thoughts about the response so far to COVID-19. He warns that we are past the point of containment and likely have months of turmoil ahead of us before the virus burns out. He also offers some insight about what we can do to slow the spread, protect our loved ones and weather the building storm.

Note: I’ve adjusted the order of the questions and edited to condense the discussion to highlight Leavitt’s main points.

Gehrke: Has this [outbreak] played out about as they were warned that these pandemics might? Is there anything exceptional about it?

Leavitt: It actually has. It started in China. We saw the Chinese experience. That experience is now being replicated in certain countries in Europe. Italy first, then France. And truthfully, if you go to the internet and ask for pandemic spread models, you’ll see animated models that have been built and simulating the timeframes and the geographic pattern that is most likely to occur because of the way populations reside. And this one has followed basically that pattern…

But what we see now is once it started to spread we started off in a mode of containment, and that’s the pattern, you always start up trying to contain it. If you think of a pandemic like a forest fire, you have watchtowers and the minute you see smoke you send a team out to try and find what’s creating the smoke and to put out any flame that’s there, because if you can get there before it spreads, you can stop a forest fire. It’s the same thing with containment of a pandemic disease.

So you're constantly monitoring and looking for those moments. And once you begin to see any sign of a pandemic virus, you deploy people there to start containing it, tracking “Who have you had contact with?” But once you cross the threshold to community spread viruses, then you change from that into a mitigation strategy — from containment to mitigation. And that's what's happened in the last 72 hours, candidly.

I don't think anyone threw the switch or raised the flag, but you can feel the country, if you know the plan, you can see the country has shifted from a containment strategy to a mitigation strategy.

Robert Gehrke: Here’s the good, the bad and the in-between from Utah’s 2020 legislative session

Robert Gehrke: These Utah legislators have received threats, a scary example of our toxic politics

Robert Gehrke: Utah will survive the coronavirus storm despite the distracting antics of some politicians

Robert Gehrke: Could tenants suffer and a senator’s business benefit from multiple bills he is backing?

Gehrke: So looking ahead then, the warning has come from [the Centers for Disease Control and Prevention] and the White House and others that this is going to get worse before it gets better. Where do you see this going and what should we do as citizens and the public to try to respond to that?

Leavitt: Let’s acknowledge that it won’t happen the same way or at the same time in every community, it will happen differently based on the way it spreads and the timing of it. But once it begins to spread in the community, if it’s left to its own course, it has about a six-week period when it will just multiply very rapidly and then peak and then about six weeks for it to burn out. That’s 12 weeks. That’s three months. And that’s a painful period. Painful in the sense that it’s economically devastating and painful in the sense that a lot of people can die.

So the objective now that we're in this period of mitigation is — and you've heard others speak of this — it is to separate people in this kind of thing we call social distancing. Now everybody's becoming an expert on pandemics, social distancing is all the things that are taught now: Wash your hands, don't go to large groups and crowds, avoid this and so forth. The reason for that is because if we can slow down the spread by doing all of those things, it means it won't peak as fast. And by peaking slower, it allows the medical resources that we have to be used efficiently.

One of the most important things that are required during the most acute parts of a virus-borne illness are ventilators. In a person, if the virus goes to their lower respiratory system and it makes it difficult for them to breathe in order to survive, they require having ventilation and that's done with a machine. But if more people need those machines than we have machines then that's a very dangerous situation.

And the way this model's out, unless we can bend that spread curve, we'll go through periods where we have more demand than we have machines. And so the goal right now is to slow it down so that we can use the ventilators over and over again for people who have new needs.

Gehrke: So even though it may prolong the spread of the illness in terms of duration, it lessens the intensity and medical [demands]. … The response to this, I mean, you’ve been on the inside and seen how it’s supposed to go. Have you been satisfied with the response both from the state and federal partners?

Now, you know, it hasn't been perfect. But what's impressed me is the responsiveness of people — the fact that professional sports canceled or suspended their season, the fact that schools have been able to close, universities, businesses. Hard things, things we would not choose to do, things that are not in the economic interest to do, but they're doing it because they believe it's the right thing for the community. And that is the inspiring result, in my view.

But what it really boils down to, it's going to be local government and state government that supply most of the response. Anybody who thinks the federal government's going to ride to their rescue will be sadly mistaken.

Gehrke: Are we headed to a situation like Italy is experiencing now … with lockdown and the overwhelming demand on the medical supplies, medical resources?

Leavitt: Well, I hope not. But it’s hard not to acknowledge that it’s quite possible.

Gehrke: So we should be prepared for considerably worse consequences?

Leavitt: It will be what it’s going to be. But we have control on how we react to it. I have people in my family I love and I know they are over 70 and they have health conditions and we’re building the best version of a moat around them we can to make certain that they are protected, which probably means they need to stay in their house for an extended period. And it also means that it’s not a good idea to have lots of their grandchildren who love going to see them, they may have to talk with them on the phone for a while. But that’s what it takes. …

I'm happy to have the conversation. I just think it's important that this not all be gloom and doom. You know, we're going to get through this and we do have the ability to control certain things. And so I encourage people to just control the things you can control and then be vigilant on the things that you can't.

Gehrke: I don’t want to get too political, because I don’t really want to go that direction, but there have been some people who have said that the pandemic response was sort of weakened by the current administration, people who were let go under John Bolton and subsequent to that. I mean, you might know a little bit more about that. Has that compromised our ability to respond to this do you think?

Leavitt: I have often said that the difficulty of dealing with pandemics is that anything you say before a pandemic happens seems alarmist. Anything you do or say sounds alarmist.

Anything that you have done or said after the pandemic started, that is inadequate, and there's going to be a lot of speculation and interpretation and commentary about how this turned out and there'll be lots to learn from it.

But at this point, you know, I think we’re better off looking at what’s coming the next four weeks and doing our best to manage that well … That was a pretty good dodge, wasn’t it? I still got it, Robert.

END_OF_DOCUMENT_TOKEN_TO_BE_REPLACED

UTA will launch new fare system on Dec. 1 — raising some, lowering others
By Lee Davidson • 2d ago 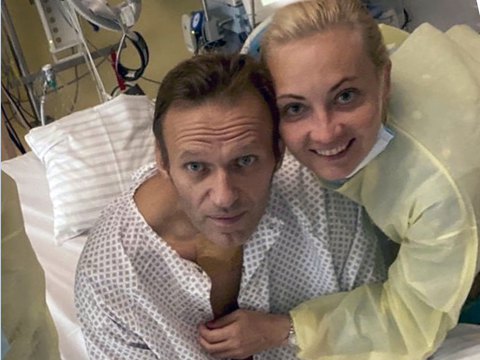 How many Utah mail-in ballots are being rejected, and why? Here’s the data.
By Andy Larsen • 2d ago
END_OF_DOCUMENT_TOKEN_TO_BE_REPLACED
L

END_OF_DOCUMENT_TOKEN_TO_BE_REPLACED

Letter: Skordas is the right choice for Utah attorney general
By David W. Brown | The Public Forum • 9h ago
END_OF_DOCUMENT_TOKEN_TO_BE_REPLACED