A federal judge has ordered the custom truck makers from the television show “Diesel Brothers” to pay $851,451 to the U.S. government and Davis County for polluting Utah’s air.

The price tag is likely to rise for David “Heavy D” Sparks, David “Diesel Dave” Kiley and other defendants in the case. U.S. District Court Judge Robert Shelby, in his order issued Friday, said the plaintiffs, Utah Physicians for a Healthy Environment, may submit their attorney fees for the defendants to pay.

Cole Cannon, a lawyer for the “Diesel Brothers,” on Monday said the plaintiffs’ attorneys earlier told the judge they had fees of $1.2 million.

The defendants are to pay $761,451 to the federal government and $90,000 to Davis County. Shelby last year found the “Diesel Brothers” violated the Clean Air Act and Utah law by removing pollution control devices from trucks they were modifying as part of their TV show.

Cannon was disappointed that only about 10% of the court-imposed payout will stay in Utah. He said his clients made a settlement offer that would have paid more money for air projects in the Beehive State.

“My clients have always been committed to restoring air quality in Utah," Cannon said.

Utah Physicians for a Healthy Environment bought one of the trucks modified by the “Diesel Brothers” and shipped it to Denver for testing. Shelby cited the results in his ruling. The truck emitted 36 times more pollution — and 21 times the amount of particulate matter — than if it had its pollution controls.

“These economic benefits,” Shelby wrote, “continue extending well beyond the profits from these prohibited activities to defendants’ status as television and social media celebrities, the reputation and notoriety of their brands, and the economic leverage they have used to accumulate assets and start new businesses.”

The defendants are prohibited from removing pollution controls or selling vehicles without required controls. Future instances of violating pollution standards could put the “Diesel Brothers” in contempt of court.

The “Diesel Brothers” could have been issued even more penalties. Reed Zars, an attorney representing Utah Physicians, said he was satisfied with the dollar amount.

“In many respects," Zars said, "the judge ordered between 80% and 90% of the maximum, which is telling.”

END_OF_DOCUMENT_TOKEN_TO_BE_REPLACED 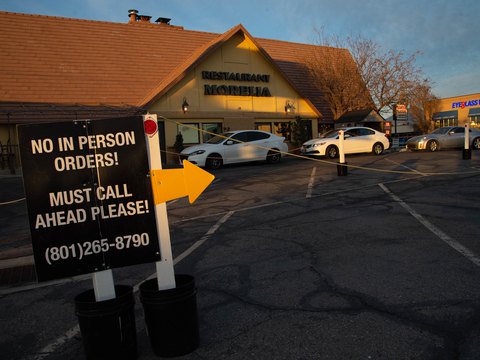 When this Murray restaurant needed help, customers came to the rescue
By Alixel Cabrera • 2h ago
END_OF_DOCUMENT_TOKEN_TO_BE_REPLACED