A roughly $20 billion state budget released and approved by legislative leaders on Friday will “keep the lights on” and take care of Utah’s most pressing needs but may do little beyond that, one of its primary architects says.

Uncertainty over the coronavirus and the constraints of Utah’s budgeting system have lawmakers treading carefully as they craft a spending plan this year, Sen. Jerry Stevenson told reporters Friday.

“As this whole session has unwound ... this shadow of the coronavirus has been floating around. And then we’ve also had this thing that’s taken place in the stock market,” said the Layton Republican, who heads the Legislature’s chief appropriations committee. “But we’re really worried about what this could turn into.”

In 2008, he noted, the Legislature had to scramble into a special session to rework the budget because the economic downturn had torn a $200 million hole in the spending plan. Stevenson, the Senate’s budget chairman, said he wants to avoid the same fate this year if the economy takes a tumble over the ongoing epidemic or for any other reason.

Stevenson said he and other lawmakers assigned each funding request a number, with category one covering the costs essential to keep the government running and category two covering things that were “really necessary.” The third and fourth categories were for less urgent items.

The budget proposal allots funding only to requests in the top two groups, Stevenson said. It will provide salary increases for state employees, he said, and officials yesterday announced they were setting aside $16.5 million in reserves for Utah’s coronavirus response.

Rep. Mike Schultz, R-Hooper, said that constraints in the state’s general fund led to several worthwhile programs being left out of the budget. He said lawmakers attempted to focus on education, salary increases for state employees and mental health services.

“We’re going to try to make an effort there with the limited resources that we have,” he said.

Still, the list of proposed budget items includes a number of big-ticket items — and recommends putting up $80 million in cash for a project to replace a state office building on Capitol Hill rather than funding the project in several annual installments.

Legislative leaders have also proposed allotting $170 million for a 5% bump in per-student funding, splitting the difference between the 4% hike recommended by lawmakers earlier in the session and the 6% that teachers wanted.

The list of recommendations calls for a one-time infusion of $10 million for affordable housing efforts and carving out roughly $6 million one-time and $10.8 million ongoing for a proposal to expand access to mental health care in the state. And a proposed rural grant program for economic development is poised to get $9 million in its first year.

Utah lawmakers get creative with requests for ‘education’ funding

The Utah Legislature has more money to spend, as long as it’s on education

On tax reform, Harmons fought the law and Harmons won

Undetermined is how lawmakers will use the $80 million they previously reserved for a potential tax cut. Their options are to move forward with a rate reduction, give residents a one-time rebate or sock the money away in case it’s needed to prop up the budget later on.

Senate President Stuart Adams, R-Layton, said he’d like to offer tax relief, but only if it’s responsible given the current economic climate, while Stevenson’s preference is to save the money.

“Remember, the money we’re spending is what we anticipate collecting, not what we have in our pockets,” Stevenson told reporters. “And as a result, if that money doesn’t come in, we’re going to have to come in and create a balanced budget. ... So that’s what makes us nervous about tax cuts.”

House Speaker Brad Wilson, R-Kaysville, hedged on the topic of a tax cut on Friday, telling House Democrats that he did not want to discuss specifics in earshot of the media, but that it may be prudent for the state to set aside funds in the event that a recession or economic slowdown occurs.

“There are storm clouds on the horizon,” Wilson said. “We’ve seen them. We can feel them.”

Lawmakers have complained about the shortage of funds for most government expenses this year, a consequence, they say, of a constitutional earmark that reserves plentiful income tax revenues for public and higher education costs. And the state could really be in hot water if income tax revenues tank, since there’s not much in the general fund to shore up school spending, Stevenson said.

In light of these concerns, legislators are now weighing a constitutional change, SJR9, that would loosen income tax restrictions, letting them spend education dollars "to support children and to support individuals with a disability.”

A companion bill, HB357, which would take effect only if voters approve the constitutional amendment in November, would ease restrictions on the use of local school district property taxes, set minimum education funding goals tied to inflation and enrollment growth and create a new reserve account for use in the event of an economic downturn. Legislative leaders have recommended moving $100 million into this savings account this year.

Both SJR9 and HB357 were approved by their respective chambers on Friday, with most Democrats opposing both bills. The bills will now switch places ahead of what are expected to be concurring votes next week before the changes are placed in the hands of voters in November.

Wilson met with members of the House Minority Caucus on Friday to discuss the budget and proposed education funding changes. He said the current budget moves roughly $100 million of sales tax money out of the higher education budget — and replaces it with income tax funding — bringing the state within roughly $200 million of a fiscal cliff.

Democratic representatives asked why the state would enact new policy that is dependent on a public vote, rather than wait until the vote is concluded. But Wilson said it is better for educators to know what to expect in the event the state constitution’s earmark on income tax funding is lifted.

“If I’m in the education community,” Wilson said, “I want to know what framework I’m operating under before this goes on the ballot.”

These budget struggles come after lawmakers last year made two attempts to fix what they called a “structural imbalance” in the state’s revenue streams.

Ultimately, they gathered in a December special session to approve an unpopular tax reform package — which they tried to sweeten by slashing income tax rates and delivering an overall tax reduction of $160 million. In the face of a citizen referendum against the changes, lawmakers pulled a dramatic reversal and repealed the tax proposal as a first order of business in the 2020 general session.

Other items in the budget include a 3% salary increase for state employees, with some departments poised to get supplemental raises on top of that. Employees in the state’s higher education system will see a 2.5% salary bump, a smaller increase that Hurricane Republican Brad Last said reflects the ability of colleges and universities to use internal funding on personnel.

Legislative leaders have also prioritized several new items in the higher education budget that were determined to belong in other spending categories by a committee that oversees appropriations for colleges and universities. Among those programs that appear to have secured funding are $1.5 million for this year’s vice presidential debate at the University of Utah, $300,000 for work on a mobile app for Utah’s state parks, and $200,000 for ozone research in the Uinta Basin.

While legislative leaders formally signed off on the proposed budget on Friday, majority votes in both the House and Senate are required to enact the appropriations in law. A final spending bill, known as the “bill of bills” is expected in the final days of the legislation session and would close out government spending for the legislative session.

END_OF_DOCUMENT_TOKEN_TO_BE_REPLACED 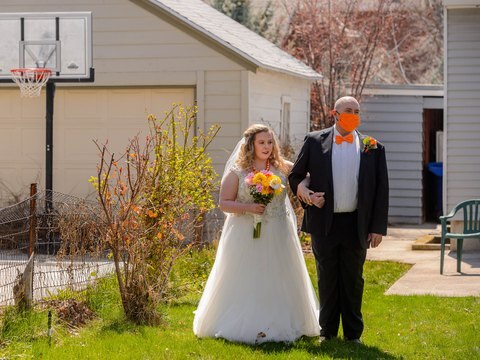 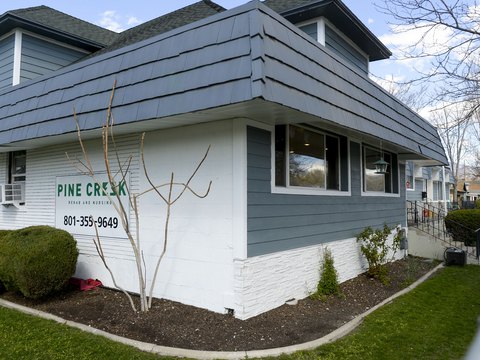 Salt Lake City nursing home will only take COVID-19 patients after six residents, two staffers got the virus and one died
By Julie Jag • 1d ago
END_OF_DOCUMENT_TOKEN_TO_BE_REPLACED
L