Political Cornflakes: A constitutional right to sleep in a public park? The Supreme Court may take up the issue.

Is there a constitutional right to sleep on a public sidewalk or in a park? It’s a question the U.S. Supreme Court has been asked to answer after the 9th Circuit Court struck down a city ordinance in Boise, Idaho, banning urban camping. Supreme Court justices have not yet decided whether they will take up the case on appeal. [LATimes]

Topping the news: Lawmakers aren’t saying much about the part of their tax reform plan that could allow annual property tax hikes to replace revenue lost to income tax cuts. [Trib]

-> Wyoming’s Catholic bishop says a proposed immigration detention center in Evanston, Wyo., would expand a system that is “inhumane and destructive to families.” The Catholic Diocese of Salt Lake City also opposes the project. [Trib]

Tweets of the day: From @MichelleQuist: “Words I’ve had to look up lately:

succubus (don’t do it)

-> From @Bill_Tibbetts: “I am hopeful someone will run a bill saying for profit constables can’t arrest people. No police department would arrest someone over a $200 bench warrant from a small claims court.”

-> From BallerinaX: “What Utah could really use is a huge tax on Pyramid schemes. The state could really make bank with that.”

Every Friday at 9 a.m., stream "Behind the Headlines" at kcpw.org, or tune in to KCPW 88.3 FM or Utah Public Radio for the broadcast. Join the live conversation by calling (801) 355-TALK.

News Quiz: Last time, 97% of you knew the new FDA nominee won’t promise to ban e-cigarette flavors, but only 67% of you knew that Provo and Ogden rank high among the “nation’s worst air polluters.” Think you kept up with the news this week? Take our quiz to find out. If you’re using The Salt Lake Tribune mobile app, click here. [Trib]

Also in the news: Thirteen Utah peace officers have been disciplined by the Utah Peace Officer Standards and Training Council for lying, drunken driving, assault and more. [Trib]

-> The White House is banking on some Democrats in swing districts, including Rep. Ben McAdam, to vote against impeachment, according to White House senior advisers. [Trib] [DNews]

-> Utah Sen. Mitt Romney is vying to solve inequity in college athletics by working in a bipartisan group that will explore the issue. [Fox13] [DNews]

-> Logan has become the third Utah city to adopt a single-use plastic bag ban after months of wrestling with the measure. [Trib]

-> A “horrific” typo valued a Wasatch County home at almost $1 billion and now taxpayers may end up paying for the error. [DNews]

-> Under a tax plan released Thursday by members of the House Democratic Caucus, wealthy Utahns would pay a higher income tax and businesses would pay a gross receipts tax instead of sales taxes. [Trib] [DNews]

-> Wyoming’s Catholic bishop says a proposed immigration detention center in Evanston, Wyo., would expand a system that is “inhumane and destructive to families.” The Catholic Diocese of Salt Lake City also opposes the project. [Trib]

-> An investigation into potential electioneering by San County Clerk John David Nielson has been completed and the report is headed back for review. [Trib]

-> In Millard County, residents are pushing back on a ballot initiative to block large-scale hog farms. [Fox13]

-> Proposed steep fee increase for records from the nation’s citizenship and immigration agency could create a big obstacle for professional and amateur genealogists. [WaPost]

-> Two Democratic senators are asking for an investigation into Attorney General William Barr’s blessing of a secret program at the DEA more than a quarter-century ago. [NYTimes]

-> Tracking the evolution of Nancy Pelosi’s jump from not wanting to dive into impeachment to saying she has no choice. [NYtimes] [CNN]

-> The Senate has passed a bill to permanently fund historically black colleges and universities. [CNN]

END_OF_DOCUMENT_TOKEN_TO_BE_REPLACED 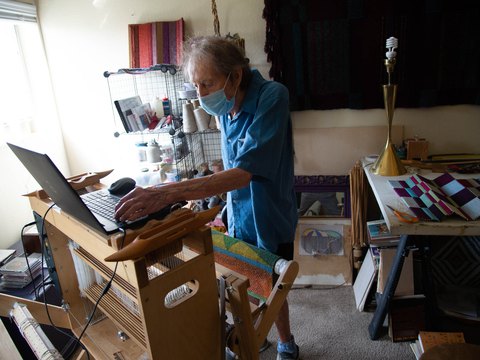 Robert Gehrke: How one Utahn used this pandemic to create works of art
By Robert Gehrke • 6h ago

END_OF_DOCUMENT_TOKEN_TO_BE_REPLACED 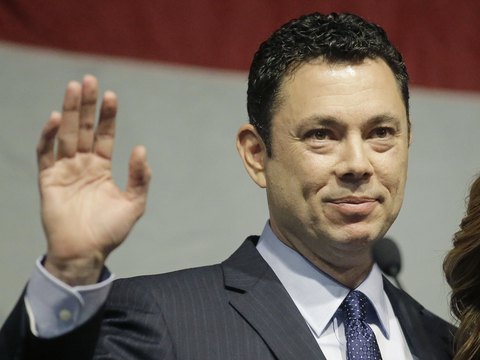