The Road Home should stay open through the winter, protesters say at demonstration for the homeless

More than 100 protesters on Thursday packed onto a strip of green space in the shadow of downtown’s Rio Grande building, a place protesters called “The Island.”

It divides traffic on 500 West near the Road Home shelter, and just over two years ago, there wouldn’t have been much room to stand. The area was home to hundreds of people experiencing homelessness, keeping them close to available resources.

“All it did was kind of spread the problem out to other areas," he said, adding, “If anyone knows anything about this operation: They did solve crime — in Rio Grande.”

After the wave of arrests, most of the individuals experiencing homelessness left for perceived safer places, where they wouldn’t be “demonized,” he said: North Temple, the downtown library, South Salt Lake, the Jordan Parkway.

Now, this area is mostly blocked off to foot traffic, and government workers park their cars in fenced off lots in the middle of the street. And soon, the nearby Road Home, one of the few remaining places downtown where people experiencing homeless can stay, will close too.

Demonstrators rallied at “ground zero” of Operation Rio Grande on Thursday to protest the Road Home’s closure and lay out a set of demands for what they think should happen instead.

Protesters said the city should keep The Road Home through March, replace all the emergency shelter spots that will disappear with The Road Home’s closure, stop writing camping tickets until those additional beds are created, increase the occupancy caps at the three resource centers and provide free public transportation fare for everyone staying at a shelter.

Crystal Yazzie, one of the rally organizers, said she volunteers often at the downtown emergency shelter and generally supports the ongoing transition to three, smaller resource centers offering comprehensive services. But she says it’s a mistake to close the shelter on Rio Grande Street before leaders are confident the new resource centers have enough capacity to handle the area’s homeless population.

Leaving the shelter open through the winter would provide a safety net during the coldest and most dangerous months — and she notes that the facility’s closure has already been pushed back for less critical reasons, such as lack of construction funding and rainy weather.

“They postponed it before,” the Roy resident said. “I don’t understand why they can’t postpone it for a couple more months.”

State officials have argued The Road Home shelter would be an inefficient and potentially unsafe overflow solution going forward, since it would be difficult to staff and monitor the spacious building. The facility is slated to close in about three weeks, after its remaining occupants have moved into the new men’s resource center in South Salt Lake, which on Thursday finally got approval from the city’s Planning Commission for the conditional-use permit needed to open the facility after months of back and forth. Clients should start to move in this month.

The Salt Lake City area’s new emergency shelter system will have beds for 700 people between the three resource centers, nearly 400 fewer than could fit in The Road Home’s downtown facility. And with the two open resource centers already overflowing, doubts linger about whether the new system will be able to fill the void left by the downtown shelter’s closure.

Homeless women who can’t secure a spot in the female resource center have been sleeping on mats in St. Vincent de Paul Dining Hall, while about 10 others are receiving vouchers to stay overnight in hotels and motels.

State and local leaders are hoping to draw down the numbers of people seeking shelter before The Road Home closes, chiefly by getting them into permanent housing. On Thursday, Salt Lake City, county and state officials briefed reporters on their progress so far, one week into the 30-day housing initiative.

“We are all committed to making sure that everyone has a warm place to go during the winter months,” David Litvack, deputy chief of staff for Mayor Jackie Biskupski, said during an interview. “And we feel that through the housing push, through the use of motel and hotel vouchers and some other strategies that we’re still working through, that we’ll be able to accomplish that and won’t need to keep The Road Home open.”

The state has committed up to $1 million to the housing push, with the city using $436,000 of that funding to hire more case managers, provide rental assistance, offer emergency housing assistance and open a housing retention fund.

Litvack said some of the money might go toward clearing overdue rent or utility bills so people can stay in their current homes or paying security or pet deposits so they can move into new apartments. The city is also offering incentives such as leasing bonuses to landlords, many of whom are leery about accepting rental assistance vouchers.

“So a tremendous amount of progress,” he told reporters.

Utah Community Action has made a list of about 100 individuals who are working with case managers and are ready to move into this housing, said Patrice Dickson, the organization’s chief operations officer of social services. Dickson said providers will work to match each client with the appropriate living situation.

If the need for overflow persists after the housing effort, officials have considered using the Weigand Homeless Resource Center to bring people in from the cold. For this to happen, the city would have to issue the center a conditional use permit, a process that could take several months, Litvack said. The Weigand center hasn’t yet applied for these approvals, he said.

State and local officials and providers are exploring other contingency options, but Litvack said he wasn’t at liberty to discuss any of them Thursday.

Throughout the evening Thursday, protesters bookended speakers with a revolving lineup of chants, booming: “People over profits!”

“Poverty is not a crime!"

But as the rally wound down, Harris reminded those people, by then huddled in the cold in hats, gloves, jackets and scarves, that they cannot just show up this once. They must act.

Activist Brooks, who declined to give his last name, took the microphone afterward and urged demonstrators to pack the City Council meeting on Nov. 12, and to come back to The Island on Nov. 16 to hand out warm clothing to people experiencing homelessness.

END_OF_DOCUMENT_TOKEN_TO_BE_REPLACED 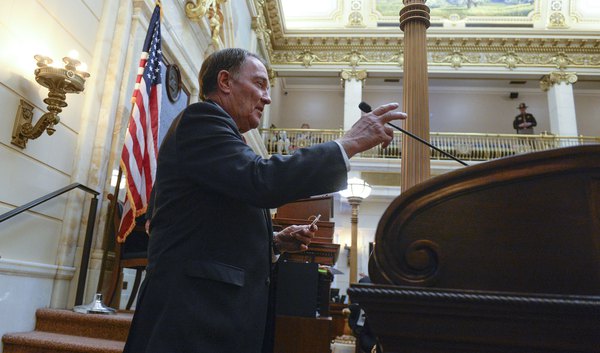 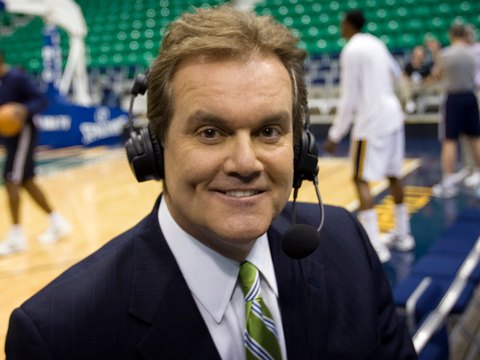 Utah sportscasters’ voices have been largely silenced by COVID-19, but they’re still keeping busy
By Andy Larsen • 2h ago