Times are suddenly tough for Utah’s payday loan industry — which makes money on the tough times of others by charging astronomical interest rates to cash-strapped people with poor credit and few other options.

• One of every 4 payday loan shops in Utah closed in the past three years.

• To attract business in slow times, payday lenders dropped their average interest rates a bit. But they still average a sky high 522.26% annually, or $10.02 for a $100 loan for seven days.

“Enhanced oversight from the state and tougher laws have driven out some of the worst players” and fueled those recent closures, said payday loan critic Bill Tibbitts, director of the Utah Coalition of Religious Communities, an advocacy group for the poor.

“If we’ve chased some of the worst actors out of the state, hallelujah, I couldn’t be happier,” said Rep. Brad Daw, R-Orem, who enacted several reforms. Payday lenders once helped defeat him (for two years) by anonymously funding attack ads through money laundered with the help of former Attorney General John Swallow, according to House investigations into Swallow’s scandals. Swallow was acquitted in court.

The industry sees other reasons for recent setbacks — including that Utah’s booming economy means fewer people may need payday loans, plus the industry has been consolidating amid tough competition.

“The strength of Utah’s economy has some impact,” says Wendy Gibson, spokeswoman for the industry’s Utah Consumer Lending Association. “We see fewer people needing to use our services, but those who do take out short-term loans are more likely to repay their obligations.”

She adds, “Several national companies have closed locations, either through consolidation or lack of profitability. This could be attributed to the highly competitive market in which we operate.”

Paul Allred, deputy commissioner of the Utah Department of Financial Institutions, said some companies left the payday loan business when the federal Consumer Finance Protection Bureau threatened tough regulations, although that has been put on hold.

Still, legislative auditors suggest that state lawmakers ratchet up pressure and enforcement if they want to prevent the loans from becoming debt traps that the poor cannot easily escape.

“The state’s new payday loan laws are not wholly effective at preventing borrowers from using payday loans in a frequent and sustained manner that puts them at risk,” they wrote in a just-released review requested by Daw.

Most payday loans are for two weeks, or until a borrower’s next payday. Reformed Utah law now allows renewing them for up to 10 weeks, after which no more interest may be charged. Research shows some consumers take out new loans to pay off old ones — even though the state Legislature outlawed that two years ago — leading to swelling debt that is hard to escape.

One reform in recent years requires state officials to gather limited data about the industry for the annual report of the Utah Department of Financial Institutions.

Its release this month shows some distress for the industry, including that 25% of all payday loan stores closed in the past three years, down from 553 in 2015 to 417 in 2018.

The number of internet payday lenders registered to operate in the state dropped from 32 in 2016 to 16 in 2018.

Also, lawsuits filed by lenders against people who default on loans dropped 60% in the past year. And the number of loans that were renewed for the full 10 weeks allowed by law was down about 42%.

Tibbitts asserts that many payday lenders have made most of their money from borrowers who don’t pay on time — through such things as continuing high interest, more fees on more loans to cover earlier ones, penalties and attorney fees on default lawsuits. He said a variety of reforms in recent years stopped or squeezed the profitability of such practices.

That includes a ban on imposing interest after 10 weeks, prohibiting new loans to pay off old ones, and requiring lenders to file default lawsuits where the loans originate. (Previously, lenders could file anywhere they chose — so borrowers in Moab might face suits in Provo, making it inconvenient for defendants and leading to many default decisions).

In addition, reforms allow borrowers to rescind new loans within a few days at no cost and permit them to enter into no-interest repayment plans at the end of 10 weeks (although advocates for the poor say many borrowers remain unaware of such options).

Payday lenders’ “whole business model was based on giving people a loan they knew they couldn’t afford. So they would need another loan and would face another set of processing fees,” Tibbitts said. Reforms “reduced the extent to which these can be debt traps” and “chased out the worst players.”

Daw said the industry always maintained that it wanted people to pay on time and that it does not depend on continuation of high-interest payments and penalties. He said he doubts those assertions, given how many have gone out of business — but adds that surviving lenders increasingly must operate that way.

“I’ve always said I don’t want to run these guys out of business. I just want them to behave themselves,” Daw said. “With the number of lawsuits down, it means we’re not having these guys really hammering the poor — which is great.”

Gibson, the spokeswoman for the payday loan industry, said, “Utah has some of the strongest consumer safeguards in the nation, and they are working.” She said that is demonstrated by the state receiving only one written complaint about a payday lender last year.

A 2016 legislative audit, however, said Utah and South Dakota had the fewest restrictions on payday lenders in the nation — and noted that 15 states had effectively banned payday loans. Utah has enacted more restrictions since then.

Gibson also maintains that payday loans often make more financial sense than such things as check overdraft fees or utility disconnect/reconnect charges. She says if those fees were calculated in terms of annual percentage interest, they would be more expensive than payday loans. For example, a $39 overdraft fee on a $100 check would be 2,044% interest if paid in a week.

Gibson also says the industry prefers that customers pay on time and prefers working out noninterest payment plans over suing for default. “We would much rather set up a repayment plan on a debt," she said, “than have to pay the cost and time to pursue civil action.”

This past week, legislators received and discussed a review from their auditors requested by Daw — which says even tighter laws and better enforcement are needed to prevent payday loans from becoming hard-to-escape debt traps.

“New regulations have not been preventing overuse of payday loans,” the report said. Auditors reported previously that about a third of all payday loans go to “chronic” users.

Auditors found that one lender had 2,353 borrowers who each received 10 or more payday loans in the past year (auditors define those people as chronic users).

They found one borrower was issued 49 payday loans and two personal loans in a year. His average daily loan balance during that year was $812, but he was charged $2,854 in interest.

Auditors said some lenders and borrowers have found loopholes to evade the recent law banning taking out new payday loans to pay off old ones.

“By taking out a new loan every few days, and by paying off old loans on other days, a borrower can carry payday loan debt beyond the legal 70-day time limit for a single payday loan and without violating the law prohibiting the use of one payday loan to repay another on the same day,” the audit said.

Auditors added that state law “does not prohibit lenders from issuing a personal loan to pay off the balance of one or more payday loans,” which may also charge high interest — but are technically not payday loans secured by a postdated check that may be deposited on the next payday if the loan is not repaid.

Auditors also urged collection of more and better data by the state to identify the extent of chronic use of payday loans.

Ellen Billie, programs director for the AAA Fair Credit Foundation, a nonprofit that helps people work out debt with their creditors, says she sees problems every day with people who took out payday loans without realizing the consequences — and many have landed in what amount to debt traps.

For example, new clients are asked on a questionnaire if they have a high-interest loan. Billie said many payday loan customers check yes, and “when we ask for an interest rate, they put 30% or 40%. For some people, it’s actually 800%.”

She says she has seen no slowdown of problems with payday loans because of an improved economy. Also, even though it is now technically illegal, she sees many clients who took out new payday loans to pay off old ones — or to pay off other debts.

“Our clients say they go to payday lenders because they are friendly and because they have already been turned down at other places,” Billie said. “They know banks are not going to lend to them, so they just go to a payday lender. They don’t really realize that you’re borrowing $100 and [often] paying back $600” over time before they are fully satisfied.

Gibson, spokeswoman for the industry, said that is in part because fewer people may need such help. But Billie she has found with her clients that “they are clueless” that such help is even available.

END_OF_DOCUMENT_TOKEN_TO_BE_REPLACED 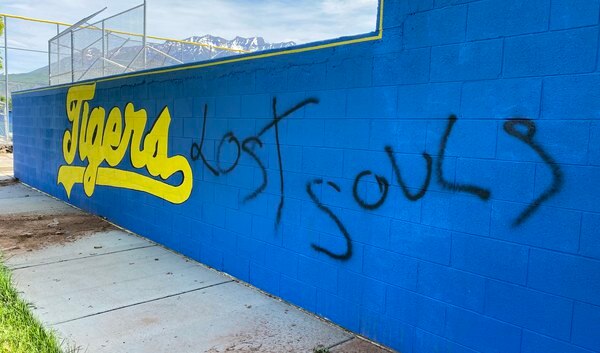 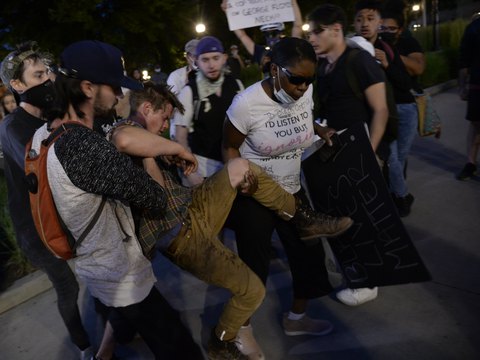 ‘Back in the game’: SpaceX ship blasts off with 2 astronauts
By Marcia Dunn | AP Aerospace Writer • 19h ago
END_OF_DOCUMENT_TOKEN_TO_BE_REPLACED
L

END_OF_DOCUMENT_TOKEN_TO_BE_REPLACED

How the coronavirus spreads in even more everyday places, like bathrooms, weddings and more
By Andy Larsen • 1h ago
END_OF_DOCUMENT_TOKEN_TO_BE_REPLACED