The best way of protecting sex workers is to decriminalize their industry and allow them to come out of the shadows, a Salt Lake City nonprofit told Utah lawmakers and other members of a state task force Monday.

While human trafficking should remain outlawed, many people are engaged in the sex trade by choice and should be able to work without fear of criminal prosecution, said Nicole Emma, who co-founded a local chapter of the Sex Workers Outreach Project (SWOP).

“We very much stand behind the argument that criminalization of the industry is what causes the danger and the abuse,” Emma told members of the state’s Criminal Code Evaluation Task Force.

If these penalties were removed, sex workers could communicate more openly about their industry, check client backgrounds more easily and blacklist bad actors, she said. Moreover, sex workers who are victims of crime can be reluctant to report abuse to police, out of fear that they’ll end up being prosecuted for prostitution, said Emma, who asked that her legal name not be used due to the stigma.

For that reason, decriminalizing sex work would actually protect victims of human trafficking by clearing away a barrier to seeking help, she argued.

Rep. Paul Ray, a Clearfield Republican who is co-chairman of the task force, last session passed legislation designed to make it easier for sex workers to step forward to report a crime to law enforcement. Emma, who worked closely with Ray on the bill, said its success gave her hope that broader conversations on the topic are possible in Utah.

“It’s opened the door for us to talk about decriminalization because I feel like we have a footing now to talk about sex workers as people,” she said.

Sex work breaks down into three different categories — people who are engaged in the industry of their own free will; people who participate out of financial necessity or because of another urgent need; and victims of human trafficking. Emma argued against conflating these groups, contending that trafficking alone should remain a crime. She also objected to legislating out of a personal moral objection to sex work.

Keli Jordan, another SWOP member, said it’s the government’s job to protect its citizens, not tell them how to live their lives.

“I understand that we all have our own individual morals. However, the law has never been about sustaining any individual morality. It’s always been about protecting individual rights and the safety of the American people,” said Jordan, who said that while that is her legal name, it’s not the one she usually uses.

She offered the example of a construction worker whose job takes a toll on his body. Despite that, the government doesn’t prohibit him from providing for his family in this way, she said.

Washington, D.C., and New York have introduced bills to eliminate criminal penalties for prostitution, and several presidential candidates have said they support some degree of decriminalization. But no Utah proposal was on the table for discussion Monday, and task force member Travis Wood, a lobbyist, offered up little hope that the conservative Utah Legislature would decriminalize sex work anytime soon.

But a couple members of the task force seemed unconvinced that decriminalizing sex work would improve safety, with Rep. Eric Hutchings wondering how this change would benefit victims of human trafficking. Emma said abusers use the illegality of sex work and the potential for criminal consequences to silence their victims and prevent them from reaching out to the police.

However, Hutchings said there are many other ways human traffickers can pressure their victims — they can threaten violence, for example. And the lawmaker said it might be harder to prove you’re a victim of human trafficking if sex work is generally legal.

A criminal record makes it more difficult to find housing or work, increasing a person’s vulnerability to traffickers who lure their victims by offering shelter and protection, Emma added. Without the potential for arrest hanging over their heads, sex workers might feel empowered to go it alone and engage in the industry openly and safely, she said.

Clarification: This story has been changed from the original to use alternate names for the two sex worker advocates who said they feared stigma from the issue could harm them professionally.

END_OF_DOCUMENT_TOKEN_TO_BE_REPLACED

It might snow this weekend, but fire danger is high in the meantime
By Scott D. Pierce • 7h ago
END_OF_DOCUMENT_TOKEN_TO_BE_REPLACED
L

END_OF_DOCUMENT_TOKEN_TO_BE_REPLACED 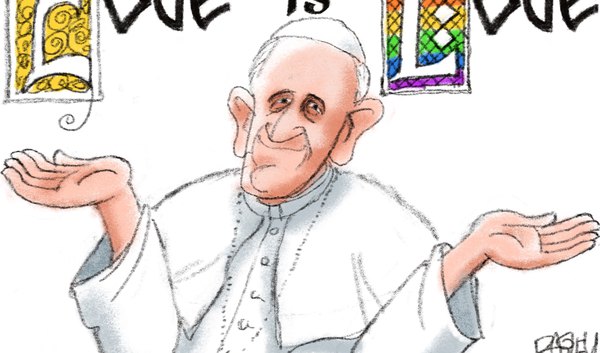 Michelle Quist: Utah isn’t innocent when it comes to civility in politics
By Michelle Quist • 1h ago
END_OF_DOCUMENT_TOKEN_TO_BE_REPLACED