Gov. Gary Herbert’s office on Wednesday criticized the “unethical conduct” of a political action committee created by his former campaign manager, Joe Demma, after a Salt Lake Tribune report on critics calling the group a scam.

Lt. Gov. Spencer Cox, who is in charge of enforcing the state’s election laws, went even further. He said actions by the Americans for an Informed Electorate PAC may be illegal, adding that he asked law enforcement officials 18 months ago to investigate it — a probe he said is ongoing.

A well-placed source said the FBI is the agency investigating the group. Cox would not confirm that and FBI spokeswoman Sandra Barker said she cannot confirm nor deny the existence of an investigation.

Demma ran Herbert’s 2010 gubernatorial campaign and served as his chief of staff when Herbert was lieutenant governor. Demma is still on the state payroll as vice president of the Mountainland Technical College.

Demma’s PAC raised more money in recent years than any other in the state. But it has not donated any money to candidates or causes, as most PACs do. Instead, the millions it has raised went to pay its few officials, and to perform what it acknowledges are not scientific surveys that it says it shares with elected officials.

Many larger donors contacted by The Tribune — all of them senior citizens — said phone calls from the PAC led them to believe they were donating to a group that would help conservative or liberal causes they support. They said they would not have donated if they knew the money was not used that way.

PAC officials denied any wrongdoing. Demma also said he stepped away from the PAC’s day-to-day operations two years ago. But he and his wife are still listed as directors of a related corporation, and he received some payment from the PAC last year.

After The Tribune published a story, Herbert’s office — which initially said he was unavailable for comment as he prepared for a trade mission to Switzerland — issued a statement criticizing the PAC.

“The governor is tremendously disappointed to learn of the unethical conduct carried out by this organization and emphasizes the importance of ethical behavior in all campaign-related matters,” said Paul Edwards, Herbert’s deputy chief of staff.

“Governor Herbert has had no knowledge of the so-called PAC formed by former state employee Joe Demma. Demma separated from the lieutenant governor’s office 10 years ago,” he added.

Demma’s LinkedIn page says he was a consultant to Herbert for 13 years, until 2016 — the year the PAC was formed.

Meanwhile, Cox confirmed that he is very much aware of the PAC and sought an investigation of it.

“Our office noticed this PAC over a year and a half ago and had serious concerns,” the lieutenant governor said. “We immediately contacted law enforcement and shared information with them. That investigation has been ongoing for 18 months.”

He declined to comment on whether the FBI is involved and did not identify which agency is investigating. “I cannot comment directly. We’ve been asked by law enforcement to not do anything more on this until the investigation is complete.”

Cox did say that the PAC operates in an unusual manner.

“Clearly this is unusual, and that’s why it came to our attention,” he said. “Both the amount of money that is being raised and the fact that it’s not being spent on actual political campaigns is why we brought it to the attention of law enforcement.”

Disclosure forms show the group raised $1.8 million from donors nationwide last year — No. 1 among all Utah PACs. The Utah Association of Realtors was second at $1.2 million. Herbert’s Governor’s Leadership PAC was No. 3 at $621,700, even though Herbert has said he is not seeking reelection.

Analysis by The Tribune shows the Americans for an Informed Electorate PAC raised nearly $4.8 million between 2016 and 2018. About $800,000 went to what leaders say are four or five employees in the three years for salaries, consulting fees, health insurance, travel, entertainment, cellphones and car maintenance. The rest went to operation of its polling and website.

Demma was paid $77,500 in consulting fees in 2017. That was more than his $75,020 in compensation for his state job that year as then-director of public relations for Mountainland Technical College ($56,576 in wages and $18,444 in benefits). Last year Demma’s state compensation jumped 80 percent, to $137,116, when he became a college vice president in August.

Also, Demma was likely included in the $206,000 the PAC said went to general staff salaries in 2017, although it did not disclose amounts by employee.

Cox said the Legislature may need to consider closing a possible loophole in Utah law that might have allowed the PAC not to contribute money to others. Current state law requires only that PACs be formed for “political purposes,” and Demma says the group qualifies by the survey questions it asks and shares.

“We would be interested in the Legislature giving us more direction around what ‘political purposes’ actually means,” the lieutenant governor said. “I would say that the whole concept behind political purposes is that you are donating to a campaign, candidate or a cause as opposed to just making money to fund employees within an organization.”

Cox said he also is concerned about the appearance created by the PAC’s actions, since Demma once oversaw enforcement of state election laws as a previous chief of staff for Herbert when he was lieutenant governor.

“It’s not a great look and it does trouble me,” Cox said. He added that he has never worked directly with Demma or other officials in the PAC.

Cox is running for governor.

END_OF_DOCUMENT_TOKEN_TO_BE_REPLACED 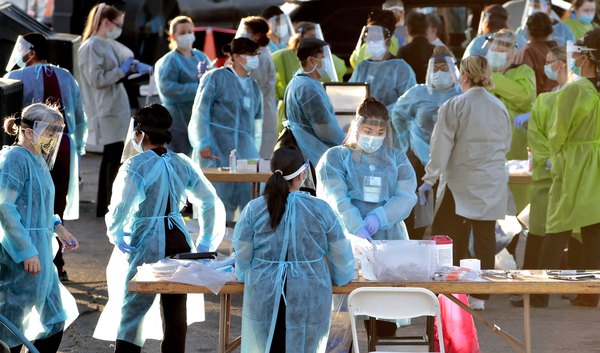 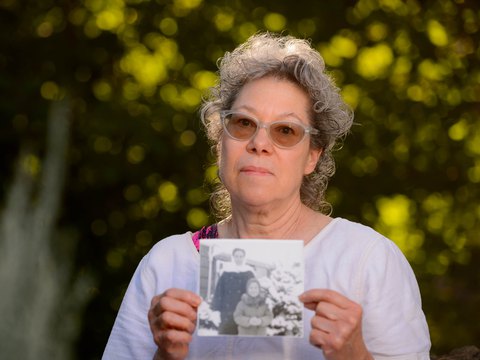 Government has let us down, say Utahns who have lost family to the coronavirus
By Nate Carlisle • 9h ago
END_OF_DOCUMENT_TOKEN_TO_BE_REPLACED
L