Two Utah cities will forgo a primary this year and hold their general elections in November under a voting method that’s never before been tried in Utah.

Four other municipalities backed out of the project ahead of a final deadline Monday, so it’s up to Vineyard and Payson to pilot the new system. The two cities experimenting with the new model are in Utah County, which has faced a number of election-related problems in years past and which Gov. Gary Herbert last year called the “epicenter of dysfunction.”

“We’re a little bit nervous [about ranked-choice voting] if we’re honest,” Payson City Recorder Sara Hubbs told The Salt Lake Tribune on Monday. “We don’t want to have voters lose faith in the election system. Last year was kind of a terrible year for the county. I mean, their voter turnout was huge so it was probably a perfect storm for them. We’re nervous, but I think we’re also excited.”

But Utah County Clerk-Auditor Amelia Powers, who was elected to the post last year, says she’s confident the county can effectively implement ranked-choice voting under her new leadership.

The vendor that’s running the elections has worked with this voting type in other states, she said. And the county has recently hired three additional elections professionals and a new elections director, upping the experience in the office from a collective 12 years to about 60.

“Utah County elections are going to be night and day in 2019,” Powers said Monday. “Rather than lagging behind the state, we will be at minimum on par if not ahead of the curve. Coming into this, we knew that we had to evaluate everything from the ground up, and we’ve literally gone through the last 10 years of elections to identify problems and what caused those problems and we’re working to solve those.”

Under the ranked-choice election system, voters will see a full slate of candidates in the general election and rank their favorites, rather than choosing from the survivors of a primary contest.

Advocates of the method say it could decrease voter apathy because people would feel their vote matters more. And because the system would eliminate a primary, it could also save money and change the dynamics of the election, with candidates focusing more on issues than on their opponents.

Still, the new system comes with plenty of challenges, such as voter education and implementation ahead of the 2019 election. Those concerns led Salem, Cottonwood Heights, West Jordan and Lehi — all of which had originally expressed interest in the system to the Lieutenant Governor’s Office — to back out of the pilot project before Monday’s deadline.

Payson, which has two council seats up for grabs in this election, and Vineyard, which has two, were among the smallest of the originally interested cities and say they’re looking forward to leading the way for other municipalities in the state.

As they move forward, both cities and the county said they plan to conduct extensive voter education before the election on their social media accounts, websites and in newsletters. They also plan to possibly hold a mock election (in which “voters” would rank their favorite holidays) to create familiarity with the system and to work out any potential bugs.

“We are working very closely with the two cities and voter education will be a large part of this initiative,” Powers said. “When I talked to both of the cities to let them know I was willing to do it, that was kind of a caveat is, ‘Hey, we’re going to work together to do voter education’ because I think that’s one of the biggest success factors.”

“This will be a new trail,” said Hubbs, Payson’s recorder. “Hopefully we don’t go down in a blaze.”

END_OF_DOCUMENT_TOKEN_TO_BE_REPLACED

Utah man charged with murdering his grandfather, then setting the body on fire
By Scott D. Pierce • 7h ago 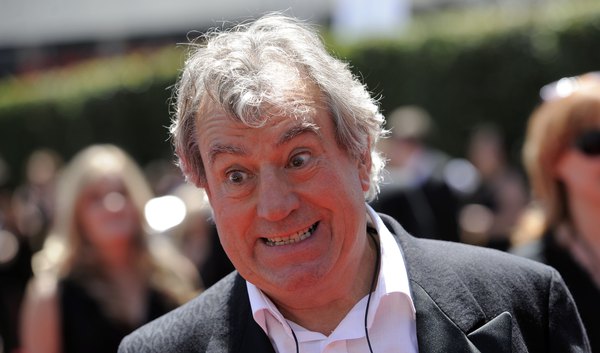 George Pyle: He’s not the messiah. He’s a very naughty boy.
By George Pyle • 12m ago