In the last week of the legislative session, Utah lawmakers are trying to hurry through a plan to borrow another $1.6 billion to speed transportation projects.

After nearly 10 minutes of discussion — with no comments from public witnesses — the Senate Transportation Committee voted 5-0 to approve SB268 and sent it to the full Senate. The bill was introduced just last Friday.

“We’re behind the eight ball as far as infrastructure, and we’re growing at a rapid pace,” said Sen. Kirk Cullimore, R-Draper, sponsor of the bill. He said it would give the Utah Department of Transportation the ability “to stay on top of that, or get ahead.”

By Monday evening, the bill had also passed the Senate in a 24-4 vote on it’s way to the House.

About 10 percent of the money will go to projects earmarked by lawmakers, and will bypass the normal prioritization process used by the Utah Transportation Commission. That process is designed to take politics out of funding projects, and ensure that money goes to the most worthwhile proposals.

Among the $164 million in specially earmarked projects in the bill are:

• $23 million to the Governor’s Office of Economic Development to use for gate realignment at Hill Air Force Base.

• $20 million for construction of an Interstate 80 underpass related to the new inland port in northwest Salt Lake City.

• $20 million for design and construction “related to Shepard Lane in Davis County.”

• $15 million for land acquisition for a transit hub at the mouth of Big Cottonwood Canyon.

* $15 million for improvements “related to a project area of the military installation development authority in Weber County.”

• $12 million for an underpass connecting Jordanelle State Park and a planned military hotel that will serve Park City ski areas.

• $11 million for design and construction “related to Pony Express Parkway” near Saratoga Springs and Eagle Mountain in Utah County.

• $10 million for construction and redesign of State Road 111 south of the Old Bingham Highway in Salt Lake County.

• $8 million for design and construction of “a connector facility” in the Utah County city of Vineyard.

• $7 million for design and construction of a bridge on Coal Creek Road near Cedar City.

• $4 million for an environmental and traffic study on 1100 North in North Salt Lake.

Also the bill would add $17 million to a state facility bank that makes loans to local government for projects, and authorize $7 million of that to Midvale for an intermodal transportation facility and an extra $10 million to the Military Installation Development Authority.

The state currently has a total of $2.38 billion in outstanding debt through bonding, and $2.18 of that is for transportation projects, said UDOT spokesman John Gleason. The new bill would increase the state’s debt for transportation by 77 percent.

Two years ago, the Legislature passed a bill to borrow $1 billion through bonding also to accelerate transportation projects. It went to such things as beginning the controversial West Davis Corridor highway, further converting Bangerter Highway into a freeway and funding several projects to smooth congestion along Interstate 15.

Correction: An earlier version incorrectly said UDOT supports the bonding bill. A UDOT spokesman said the bill is not in line with the governor's budget, and that is what the agency supports.

END_OF_DOCUMENT_TOKEN_TO_BE_REPLACED 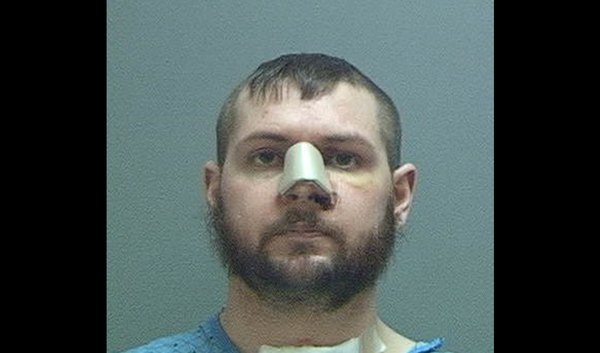