Invitation from the Salt Lake Chamber to pay $10K to discuss the inland port sparks conflict of interest, transparency concerns

An email the Salt Lake Chamber sent last year inviting a national rail company to sit on an “exclusive” committee of businesses seeking to help shape the future inland port development has renewed concerns over transparency and conflict of interest on the part of the board’s leaders.

Central to the issue is whether Derek Miller’s dual role as the chairman of the Inland Port Authority Board — where he influences policy and agendas and speaks often on behalf of the board — and as CEO of the Salt Lake Chamber constitutes an unethical conflict of interest and if the chamber’s request for payment in exchange for a spot on the committee encouraged “pay for play.”

The marketing email, obtained by The Salt Lake Tribune through an open records request, was sent to BNSF Railway last October by Mark Harvey, the chamber’s business development senior representative. It was a personal invitation from Miller, Harvey said, to participate in the “exclusive International/Inland port Committee.”

The committee’s purpose? To bring together key players to participate in the planning of the massive distribution hub planned for Salt Lake City’s westernmost side, which has been marketed as the state’s largest ever economic development opportunity.

The financial commitment needed for BNSF to get involved? Some $10,000.

“Do you have 15 mins this week to hop on the phone and talk about this?” he wrote in the forwarded email thread, the contents of which were first reported by The Deseret News. “I am not sure exactly what’s being asked of me for 10,000.”

BNSF is not a member of the chamber, which charges business members fees ranging from $500 to $10,000 for networking, workshopping, advertising and sponsorship opportunities, as well as to participate in groups like the international committee.

The highest involvement level and the one that appears to be offered to BNSF is the “gold membership.” The chamber’s website markets this investment as a way for businesses to increase their influence among elected officials and their access to customers and peers as well as a way to help “develop policies and positions on key issues affecting Utah’s community at the federal, state and local level.”

“One of our sales staff members went and sat in on one of the international committee meetings and took it upon himself to kind of use it as a tool to drive membership sales,” said Kimberly Flores, a spokeswoman for the Salt Lake Chamber, of the email thread. “Unfortunately, this person didn’t have permission to use Derek’s position as chairman of the inland port board to kind of engage with nonmembers and try to sell memberships.”

Harvey’s email never states that Miller, who was traveling on Monday and was unavailable for comment, is also the chairman of the inland port board. Still, Flores said, Miller has since made it clear that no staff should appear to use his inland port position to try and recruit new members.

She also rejected assertions that Miller’s position on the port board is being used to line the chamber’s pockets, noting that email did not result in new membership.

Flores would not say what businesses are involved in the international committee — which she said only recently began discussing topics related to the inland port — but said there are about 40 organizations represented in the group.

When asked whether those members might see Miller’s position on the board as a way to influence policy on the development, Flores said she “can’t speculate on what our members think Derek’s influence is in regards to both positions.”

The inland port board, which oversees development in the inland port area, has long faced accusations of a lack of transparency. The board came under fire soon after its creation last year for shuttering meetings of its three subcommittees to the public. And just last week, Salt Lake City Mayor Jackie Biskupski raised concerns about whisperings caught on tape between Miller and Inland Port Authority Board Vice Chairman James Rogers that she said were evidence of behind-the-scenes political plotting made public.

Deeda Seed, an activist with the Coalition for Port Reform, said she sees this email thread as part of the bigger picture of chaos within the port board, sowing further distrust in the inland port process and raising questions about whether businesses could pay for access to influence the board chairman.

“It looks terrible,” she said. “It looks like pay to play. I don’t know if that’s what [Miller] intended. But it just adds to public distrust of this process. This is just another example of bad behavior on the part of people who are saying trust us, you know?”

Fritts told The Salt Lake Tribune that while she thinks transparency has improved as the Salt Lake City Council has taken over administrative services for the port board, the emails do raise some eyebrows.

“It was sent to me by a friend of mine and so when I read it, I just advised him that I couldn’t provide him business advice,” she said Monday. “And honestly, I’d sort of forgotten about the email until it was [requested under the Government Records Access and Management Act]. And when I read it again, it caused pause.”

Joe Sloan, a spokesman for BNSF, said Monday that the company gets frequent inquiries from chambers and economic development centers across its 28-state territory and had decided not to join this particular committee.

“Our economic development team can’t join them all, can’t be a member of everything going on,” he said. “So they pick and choose their resources. So that was the decision. The only reason they didn’t go into Salt Lake was basically we just get a bunch of requests and can’t answer them all.”

Sloan said the company will continue to watch for business opportunities in Utah, as well as those related to the inland port.

Flores noted that the chamber had asked one other business outside its membership to join the international committee in a similar way. That request also did not result in new membership, she said.

END_OF_DOCUMENT_TOKEN_TO_BE_REPLACED 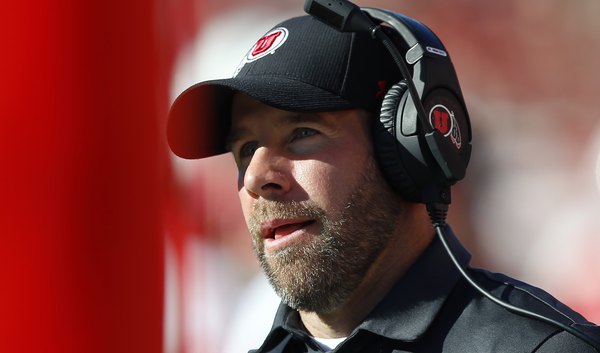 Gordon Monson: Utah keeping Morgan Scalley on staff causes as many problems as it solves
By Gordon Monson • 3m ago