The budget retains most of the funding outgoing Mayor Ben McAdams proposed when he presented his budget plan to the council in October. That includes $1.3 million toward fully funding the opening of two additional pods at Oxbow jail to address the state’s ongoing jail bed crisis, and $3.4 million to attract, hire and retain law enforcement officers and staff, with a 2.75 percent pay increase for officers in an effort to stave off the high number leaving the profession.

“Over 70 percent of our general budget is criminal-justice related,” Council Chairwoman Aimee Winder Newton told The Salt Lake Tribune on Tuesday. “I mean, that’s what we do as a county, and public safety is our No. 1 priority. So that’s why you see any funds we can put toward criminal justice, because we feel like that’s a good investment in our community long term.”

The final approved budget came out to be about $241,000 less than the mayor’s proposal, Newton said, with a few cuts and some additional funding priorities added. The council rejected McAdams’ proposal to cut hours from the County Government Center’s security operations, which currently has a 24/7 security desk, for example, and added $250,000 to support the Drug Enforcement Agency.

In a news release sent after the vote, McAdams praised the bipartisan passage of the budget, which he said retained his public safety priorities, as well as $1 million set aside for regional trails across the county.

“Residents deserve care in how we spend taxpayer dollars,” he said. “This budget — passed with no tax increase — means the county will provide crucial and valued services at the lowest possible cost to taxpayers.”

The challenges the county faced as it worked to approve the budget this year included a tax rate that has declined for five years in a row, McAdams said, as well as inflation increases to expenses like health care and wages that outpace new revenue.

Finalizing the budget was one of the final items on McAdams’ to-do list as he prepares to head to Congress early next year. The representative-elect submitted his letter of resignation Monday, and candidates have already begun vying for his seat.

END_OF_DOCUMENT_TOKEN_TO_BE_REPLACED
The Wave, Salt Lake City workspace for women, is closing its doors
By Erin Alberty • 4h ago

Trial for the last Washakie fraud defendant begins this week: Here’s what you need to know
By Nate Carlisle • 8h ago
END_OF_DOCUMENT_TOKEN_TO_BE_REPLACED
L 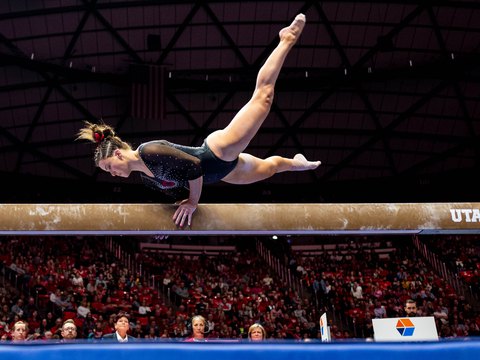