McAdams’ campaign calls the ad dishonest — and says Love likely is paying for it with “illegal contributions.” The Federal Election Commission is questioning if she illegally raised more than $1 million for a primary race she never faced.

In short, the 4th Congressional District race is taking a sharp turn onto the low road. It is the only congressional race in Utah this year that polls show to be competitive.

Love’s new ad depicts people supposedly riding the distinctive orange campaign bus McAdams uses to tour the district — but suffering a bumpy ride, and getting off as they hear descriptions of why he is not truly a fiscal conservative.

Love summarized the claims in a Tweet, with the ad attached, saying, “My opponent has repeatedly supported higher taxes, opposed tax cuts, and added four personal staffers to his office at an average salary package of $185,000 a year. It's a bumpy ride on Ben's bus!”

My opponent has repeatedly supported higher taxes, opposed tax cuts, and added four personal staffers to his office at an average salary package of $185,000 a year. It's a bumpy ride on Ben's bus! #utpol pic.twitter.com/BnVrGRWUvH

Campaigns of incumbents usually do not turn negative unless they are close or trailing. But Dave Hansen, Love’s campaign manager, insists that Love has a comfortable lead. He said the campaign produced the ad “because there are a lot of people who don’t really know Ben McAdams, and need to know what he has done in the county.”

He adds, “He has not been the fiscal conservative that he would have us believe.”

McAdams’ campaign manager, Andrew Roberts, said, “The voters can dismiss the entire ad as false and misleading.” His campaign released a written point-by-point rebuttal to the ad’s claims.

A review of some county budgets shows that neither claim is fully accurate. McAdams helped to lower tax rates every year of his administration — but that does not mean that taxes themselves decreased.

For example in 2016, the county was about to retire bonds that voters approved in 1995 to finance a jail expansion. McAdams proposed to keep collecting the same amount and spend it on criminal-justice system improvements.

But under state law, that was considered a tax increase of $13.92 on a $230,000 home — and the county was required to hold a Truth in Taxation hearing to approve it.

Also in 2017, the county’s tax rate went down. But assessed property values went up — so those lower rates still generated more tax revenue. The county proposed to increase spending more than the previous year, so a Truth in Taxation hearing was again required for what state law considred a tax increase of $2.61 on a $250,000 home.

The Salt Lake County Council, which has a Republican majority, this year approved a $58 million sales tax increase — adding 2.5 cents to a $10 purchase — which takes effect this fall. McAdams did not veto the increase because it was approved with a veto-proof majority after a number of city councils endorsed it.

However, in many other years the county imposed no tax increase.

The add also charges that “McAdams added four aides, each one with a $185,000 annual salary.” McAdams’ campaign said he “did so without hiring any new staff but rather realigned and streamlined the organizational structure using existing employees.”

The ad also says “McAdams opposed tax cuts for Utahns this year.” McAdams’ campaign says that refers to a Republican tax bill, and said McAdams “supports fiscally responsible and permanent tax cuts for the middle class, not $1.9 trillion in deficit spending to give 83 percent of the benefits to the top 1 percent when fully implemented.”

Meanwhile, Roberts, with McAdams' campaign, also asserted that it is a “near certainty that she is paying for this ad with campaign money the [FCC] is questioning,” and a headline on a McAdams news release called them “illegal contributions.”

The FEC is questioning whether $1 million Love raised for a primary election she never faced is legal — but Love contends that the FEC previously allowed Sen. Mike Lee, R-Utah, to keep similar money, and said she is doing the same thing he did.

Love agreed to refund or redesignate $370,000 she raised for the primary after she was nominated by the Utah Republican Convention on April 21. No Republican had filed to challenge her and no one could have after the March 15 filing deadline, according to the state elections office.

Hansen, with Love’s campaign, said “no one in authority at the FEC has said Representative Love has violated any law. They have only asked questions.”

END_OF_DOCUMENT_TOKEN_TO_BE_REPLACED 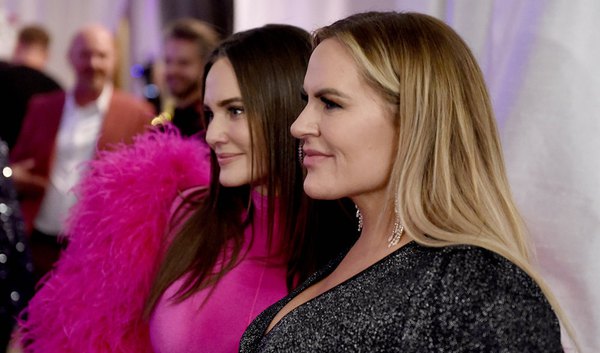 ‘The Weekly Housewives Watch’: Everybody Needs a Switzerland
By Sara Weber • 2h ago

Episode 3 recap: Mary opens up about her ‘weird’ marriage, Heather about her divorce on ‘Real Housewives of Salt Lake City’
By Scott D. Pierce • 2h ago