Lawmakers are giving dogs, cats and their human owners an extra few nights sleep around the summer holidays after the Senate voted to cut the number of days fireworks are allowed by nearly half.

If Gov. Gary Herbert signs HB38, the number of days Utahns can shoot off fireworks will drop to eight from 14, cutting days before and after the holidays when the explosives are legal. People would be able to use fireworks legally from July 2-5 and July 22-25.

The bill doesn’t change the hours fireworks can be discharged (from 11 a.m. to 11 p.m. on the days leading up to and following the holidays and midnight on July 4 and July 24). And it gives cities power to ban fireworks in certain areas depending on fire hazards.

Some legislators resisted attempts to allow cities to ban fireworks outright, as several urban cities sought to do after complaints from residents and fires last summer.

For those who don’t follow the new or existing restrictions, HB38 raises the fines for non-compliance: from $750 to $1,000. Scofflaws would also be liable for recklessly causing a fire.

Jan. 25: Utah House votes for fireworks restrictions — fewer days to shoot them off and higher fines for violations

Next July may be quieter in Utah.

The Utah House voted Tuesday to reduce by nearly half the number of days that fireworks are allowed around Independence and Pioneer day holidays.

HB38 also would increase penalties for setting off fireworks at banned times, allow cities to more easily restrict them in fire-prone areas, and clearly make people who set off fireworks liable for any damage they cause.

The bill passed 69-3 and now goes to the Senate for consideration.

“We ended up with a compromise bill” worked out by fireworks makers and sellers, cities and state officials, and others, said Rep. Jim Dunnigan, R-Taylorsville, sponsor of the measure. “It’s not what everyone on every side wanted.”

The bill also would slightly shorten when fireworks may be sold legally by a total of three days from the current June 23-July 27 to June 24-July 25. Legislative analysts figure that would cost the state $4,800 a year in lost sales tax collections, and local governments would forfeit $2,100.

The bill would not shorten the hours of the day in those periods when fireworks are allowed. They would still be permitted between 11 a.m. and 11 p.m. on most days, and until midnight on July 4 and 24.

“I don’t think it goes far enough,” said Rep. Steve Handy, R-Layton. “I think there should be one day prior to the holiday, and one day after” — and he hoped aloud such changes will be made as the bill proceeds.

Handy said he hears constant complaints about fire danger, air pollution and “noise pollution more than anything else.” Others also say they receive complaints from veterans suffering from post-traumatic stress disorder, and from pet owners.

While some lawmakers last year even proposed considering a total fireworks ban because of a large number of fires they caused, Dunnigan had resisted that, arguing Utahns would just go to Wyoming to buy fireworks and set them off anyway.

During debate Wednesday, Dunnigan said the state fire marshal reported that 180 fires statewide were caused by fireworks last July, about 16 percent of the total. In Salt Lake County, he said 50 of 428 fires in July were ignited by fireworks.

A fireworks aficionado himself, Dunnigan argued fireworks are still a fun activity for many that should be allowed to continue, and the law would help them do that more responsibly.

“What we’re trying to do is make progress, and really just ask people to obey the law,” he said. “If we keep it to these days, if we keep it to 11 p.m. or midnight on a holiday — and not do it at 2 or 3 in the morning — if we are good neighbors, that will accomplish more than anything.”

Rep. Marie Poulson, D-Cottonwood Heights, said her hometown sought that after errant fireworks burned down a neighbor’s home plus 200 surrounding acres. Dunnigan countered that residents where fireworks are banned would just go to neighboring cities to ignite them.

The bill would boost the penalty for setting off fireworks in banned areas or at banned times from $750 to $1,000. It would clearly allow cities — without depending on the state fire marshal — to restrict fireworks in fire-prone areas.

The bill specifies that people who set off fireworks, even if they are legal, would be liable for any damage caused. It also would make it a matter of law that setting off fireworks in restricted areas shows “negligent behavior,” which could enhance penalties or damages the offender may face.

END_OF_DOCUMENT_TOKEN_TO_BE_REPLACED 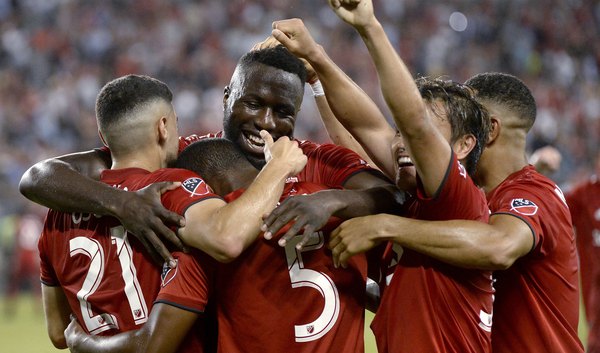