Hundreds show up for one-day effort to connect homeless with help.

Nicole Hiatt said it was 2014 when she heard about Project Homeless Connect. It was a cold, damp day in San Francisco, and she lived on the streets.

The line had seemed a mile long. But inside, where she was given eyeglasses and signed up for food stamps, “it was a sanctuary.”

“You weren‘t judged, and you were able to see the resources available to you,” said Hiatt, her eyes gleaming proudly.

She was proud because, now housed and working as a stagehand in Murray, Hiatt was one of nearly 500 volunteers who rose bright and early Friday to bring the same experience to some 1,000 homeless people in Salt Lake City.

Each homeless person was paired with a partner in a sky-blue shirt, setting off to navigate A-to-Z service booths at the massive Salt Palace exhibit hall.

Some queued for flu shots and Hepatitis A vaccines — amid an outbreak of the latter — while veterinarians waited outside on 300 West to treat their canine friends.

Many attendees got a professional trim and walked over to a photo booth for a 4-by-6 inch headshot with their new ’do. Between the chiropractor, masseuses and soul-soothing tai chi, one could fashion themselves a spa day.

Among the day’s longest lines were those for dental and eye care, while housing services like The Road Home and the Housing Authority saw a steady stream of potential clients. Motel 6 had a booth, too — they were hiring.

All told, said city Deputy Director of Community and Neighborhoods Mike Akerlow, there were more than 200 resources and opportunities available.

Akerlow had a nightmare earlier this week in which only 20 people showed up, and he hadn’t slept for 36 hours as of midday Friday. Watching it all come together as homeless people and their assigned volunteers became fast friends, he said, was moving.

Akerlow said it likely helped that homelessness is such a hot topic in Utah’s capital city. Three new shelters are expected to open by July 2019, and a state-led effort to reduce notorious lawlessness surrounding the nearby 210 S. Rio Grande St. shelter has generated frequent headlines.

“I think people really want to do something, and they want to be a part of it,” he said.

As volunteers sipped from their coffees, Salt Lake City Mayor Jackie Biskupski capped their introductory briefing by cheering their commitment to a pressing need.

“What I love about this is you can come here and find probably every service to help you through your day, and help you make some progress,” she said.

The city budgeted $20,000 for the event, according to spokesman Matthew Rojas. Salt Lake County donated use of the Salt Palace, and other funds came from sponsors.

Catholic Community Services helped drum up interest by serving its daily breakfast across the street, on the plaza of Vivint Smart Home Arena, as well as lunch on the showroom floor.

Volunteers also patrolled the neighborhood in vans and on foot. Most homeless people appeared to be grateful for the interest. Others were tougher sells. Near the western entrance, a volunteer pleaded with a bedraggled man who told her previous promises had come to nothing.

“This is different!” she said. “Will you listen to me? They will help you inside!”

Unmoved, he muttered curses as she walked away.

Some were eager for help but had problems that were not so easily solved in one day. Hailey Bartlett, a 17-year-old from Sandy, sought legal support so she can win custody and child support for her 3-year-old daughter, and she spent much of the morning with a phone cradled to her ear, on hold.

But Bartlett — on track to graduate early from South Jordan’s Valley High School and begin a job as a dental assistant in November — was at least able to learn about housing assistance, the Children’s Health Insurance Program and clothing vouchers.

While they waited for Bartlett’s stepfather to reappear from a nearby line, volunteer Susan Chamberlain read from a children’s book to Bartlett’s daughter, Abigayle, as mom re-explained herself to a legal services provider.

“I wish there were quick fixes,” Chamberlain sighed.

END_OF_DOCUMENT_TOKEN_TO_BE_REPLACED 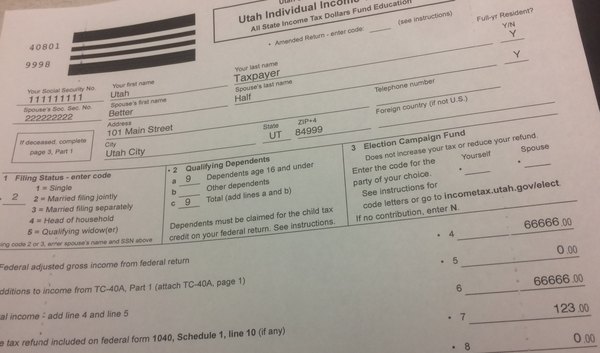 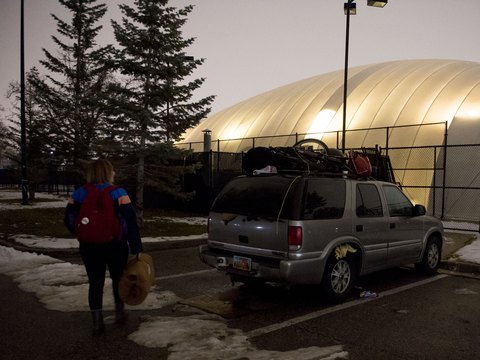