Geographic diversity requirements stem from 1913 rule that looks unlikely to be enforced in the appointment of Randal Quarles.

No one is disputing Randal Quarles’ many ties to Utah.

The 60-year-old financier is the founder and director of the Salt Lake City-based investment firm The Cynosure Group. He lists Roy as his hometown on Facebook. And Sen. Orrin Hatch introduced him as “a fellow Utahn” during a congressional hearing in 2002.

But as he looks to join the Federal Reserve Board — after a nomination by President Donald Trump in July to oversee the largest U.S. banks — Quarles has insisted that he’s actually from Colorado.

His roots matter because of a wonky rule dating back to 1913 that precludes two people from the same geographic region from serving on the board’s governing panel. Utah’s 12th District, which includes nine Western states stretching from Alaska through Nevada to Hawaii, is already represented by Federal Reserve Chairwoman Janet Yellen of California.

So Quarles, as first reported by The Wall Street Journal, is offering his provenance as Colorado, where he lived until he was 8 and still spends Christmas every year. That state falls in the 10th District.

“The rule doesn’t specify what being ‘from’ somewhere means,” explained Brian Rogers, Quarles’ spokesman. As he has yet to be confirmed by the Senate, Quarles declined to comment.

It’s certainly not the first time a nominee has provided a workaround for the provision that’s meant to ensure diversity on the board. Jerome Powell, a governor of the Federal Reserve who was appointed during the Obama administration, was born and raised in Washington, D.C., which falls in the 5th District. He represents the 3rd District, though, calling on his time as a college student at Princeton in New Jersey.

The regions, created by the late U.S. Rep. William Henry David Murray of Oklahoma, don’t all fall along state lines and are not evenly divided by population. Utah’s district, for instance, is based in San Francisco and, as of 2000, included nearly 20 percent of the nation’s residents, according to census data.

When Murray drew the boundaries under the Federal Reserve Act in 1913, the designations were meant to incorporate input on the board from beyond just Wall Street. They were widely debated at the time, but Congress has made few changes since.

Yellen, the chairwoman, acknowledged the now-skewed makeup during a 2016 hearing: “There’s a historical legacy that has left the Federal Reserve system in place where geographically it no longer represents the distribution of economic activity in the country.”

Though it has tripped up nominees in the past (including one professor in 2010 who Republicans called too academic and couldn’t deny his longtime residency in Massachusetts), Quarles’ bid to represent Colorado so far has been unquestioned by government leadership.

He was born in San Francisco, where his father was stationed in the Navy, but has “a significant connection to Colorado going back generations,” Rogers noted. Quarles moved with his family to Greeley when he was 7 months old and then to Denver, where he attended kindergarten at Smith Elementary School.

Soon after, they made a home in Las Animas near where Quarles’ parents grew up and where his grandparents ran a hay ranch, Rogers said. He attended Columbian Elementary School through the second grade before relocating to Utah, where he graduated from Roy High School in 1975.

Quarles returned to Colorado every summer while growing up, Rogers added, and continues to attend holiday gatherings and family reunions in the state. The spokesman doesn’t deny that Quarles currently lives and works in Utah.

But in his nomination by Trump to serve for four years as the Federal Reserve’s vice chairman of bank supervision — a position created in 2010 and never filled — and on the board of governors through 2032, he is listed as “Randal Quarles of Colorado.”

Still, Hatch, the 83-year-old conservative lawmaker, noted: “I am pleased to see someone with Utah roots be nominated to serve in such a key position.”

The role is one of three vacancies on the board.

Quarles has supported undoing many of the regulations instituted after the 2008 financial crisis that Trump has targeted as unnecessary. With a Republican-majority Senate, his confirmation is likely though a timeline is unclear.

He has previously worked in top finance roles in the administrations of President George W. Bush and George H.W. Bush. He also spent time as U.S. executive director for the International Monetary Fund.

After leaving his federal posts, Quarles co-founded the Cynosure Group, a private equity firm, with Spencer P. Eccles. Prior to that, he was a partner of The Carlyle Group.

In his late teens and early 20s, Quarles earned a bachelor’s degree from Columbia University and a law degree from Yale, as well as served a mission in Quebec for the Utah-based Church of Jesus Christ of Latter-day Saints.

“Most people are quite aware that I’m a Mormon, more than I’m aware of their religions,” he said during a 2005 interview with The Salt Lake Tribune.

Quarles’ wife, Hope Eccles, of the well-known Utah family involved in business and philanthropy, is the great-niece of Marriner S. Eccles, who served as the Federal Reserve’s chairman from 1934 to 1948.

END_OF_DOCUMENT_TOKEN_TO_BE_REPLACED 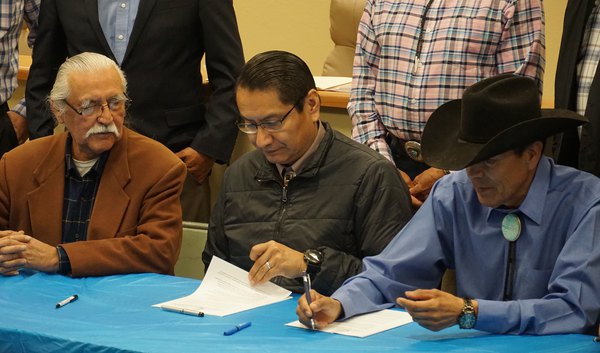 Kanye, out West. What is the superstar doing in Wyoming?
By Jonah Engel Bromwich | The New York Times • 21h ago
END_OF_DOCUMENT_TOKEN_TO_BE_REPLACED
L

Another Utah man is charged with a hate crime for alleged assault on an LDS missionary
By Scott D. Pierce • 31m ago