Utah senator has separately supported florist in a similar case.

Utah Sen. Mike Lee is adding his voice to the chorus of conservatives signing an amicus brief in support of a pending U.S. Supreme Court case involving a Colorado baker’s refusal to make a cake for a gay wedding.

The Republican is one of at least five U.S. senators and representatives that have shown their support for the appellant in Masterpiece Cake Ltd. v. Colorado Civil Rights Commission, Lee’s office said in a statement. A news conference on the brief was held Thursday in Washington.

The case stems from Denver baker Jack Phillips’ refusal to bake a custom wedding cake for Charlie Craig and Davis Mullins in July 2012. Phillips, who identifies as Christian, said providing the service would force him to go against his religious beliefs.

Craig and Mullins filed a complaint with the Colorado Civil Rights Commission claiming a violation of the state’s public accommodations law and later brought a lawsuit. On appeal, the Colorado Supreme Court said that that baking a cake was an expected business function and not an exercise of free speech or exercise of religion.

Lee, in remarks published on his website Thursday, talked about the case as part of a pattern of infringement of individual religious liberty by the nation’s “ruling elites” who he said cling to “a secular, progressive creed.”

“More and more, the adherents of this creed seek to use the power of government to steamroll disfavored groups — especially dissenters from their political dogmas.

“So they force evangelical caterers to bake cakes celebrating same-sex marriages, as in the case that is before the Supreme Court now. And they force nuns to purchase contraceptive coverage. And sue religious hospitals that won’t perform abortions or sex-reassignment surgeries.”

Separately last month, Lee joined some 30 others from Congress in asking justices to hear a Washington state case involving a florist with similar religious objections. There a court held that the proprietor of Arlene’s Flowers could not refuse to sell wedding flowers to a longtime customer and his betrothed on religious grounds.

“The more fundamental question in both cases is whether a government can coerce religious believers to speak or act contrary to their sincerely held religious beliefs,” the brief filed in Washington case states.

The brief was drafted by Gene Schaerr, the attorney hired to represent Utah in its appeal of a Salt Lake City federal judge’s 2013 decision that overturned Amendment 3, Utah’s constitutional ban on same-sex marriage. The 10th Circuit Court upheld the ruling from Judge Robert Shelby striking down the ban in 2014, legalizing gay unions.

END_OF_DOCUMENT_TOKEN_TO_BE_REPLACED 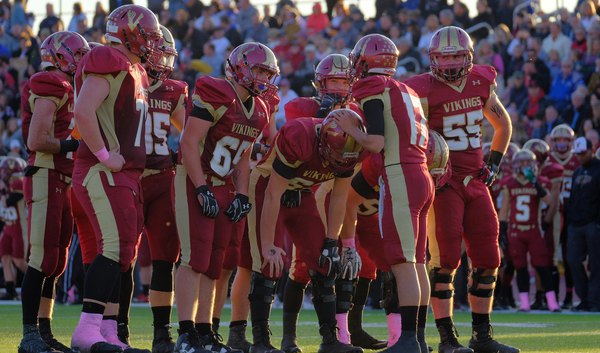 Another prep football game canceled due to Covid-19: This time it’s Viewmont-Farmington
By Alex Vejar • 13m ago

Feds threaten funds to NYC, Seattle and Portland over unrest
By Michael Balsamo | The Associated Press • 17m ago