In his personal financial-disclosure form, intended to flag potential conflicts of interest, Utah House Speaker Greg Hughes lists that he is an owner or officer in one company: Steelers Holdings (named for his hometown Pittsburgh Steelers).

Utah Department of Commerce records, however, show that Hughes — a developer and property manger — is an owner or officer in at least 10 other active companies involved with a variety of apartments and land holdings.

Hughes, R-Draper, said he was unaware the companies still were registered with the state and that was a mistake. He said he legally was not required to disclose his involvement in them on his House form.

"In 2009, Tom [Karrenberg, his attorney,] set up for me a holding company," Hughes explained in an interview.

He displayed documents showing that each of the 10 other companies was put under the umbrella of Steelers Holdings. So he said he needed to disclose only that one firm.

"If nothing else," Karrenberg said, "it makes the disclosure easier."

But it also makes it more difficult for the public to identify potential conflicts of interest. So far, it appears that fellow lawmakers who are developers have not followed Hughes' lead, and each lists up to dozens of companies in which they are involved.

State Sen. Stuart Adams, R-Layton, a developer, listed 16 companies on his form. "I don't think there's a way I can't disclose those companies because I am involved with them," he said, and because he has no holding company.

A story involving Hughes a month ago shows how important full disclosure may be.

Documents showed that a few months after Hughes and former House Majority Leader Kevin Garn formed a company seeking to construct an apartment building in 2009, another company owned by Garn won contracts with the Utah Transit Authority to be its partner in several transit-oriented developments (TODs).

Hughes was chairman of UTA at the time and did not disclose on his UTA disclosure forms the company he had formed with Garn. He said it wasn't required because forming the company was a preliminary step in a project that never got off the ground, adding that he had no involvement in UTA choosing Garn's other company as a partner.

The Salt Lake Tribune explored Hughes' aborted business relationship with Garn because of an ongoing federal probe into current and former UTA officials, including scrutiny of TODs and real estate deals. UTA was given immunity this spring in exchange for cooperation with federal prosecutors.

Umbrella • Hughes explained why he formed Steelers Holdings as an umbrella.

He said he did so shortly after a 2008 ethics investigation — in which he was eventually cleared of allegations that he attempted to bribe a lawmaker to support school-choice vouchers, strong-armed lobbyists into backing vouchers and threatened would-be political foes.

"It was kind of my wake-up call about how ugly politics can be," he said. "I didn't want to list the title of every one of my buildings because I didn't want to politicize" them potentially, so he formed the holding company.

He said that also was in part to protect his usual business partner, Gary Nordhoff, "who's not involved in politics," and to avoid politics with "residents who may live in my apartments that disagree with me passionately" on partisan issues.

Hughes said he was surprised that Commerce Department records still show the 10 companies that have been folded into Steelers Holdings and list him as an owner or officer.

He surmises that his partner "just got the postcards and renewed" the corporate registrations and never updated that they are part of the holding company.

Colleagues • A Tribune review of legislative disclosure forms by nine other legislators who are developers didn't turn up any who use holding companies.

"I've had attorneys counsel me to have holding companies. I've just never done that," Schultz said. He added the reason they urged that had nothing to do with disclosure forms. "It's to give another layer of protection for lawsuits before people can get at you personally. But I've never worried too much about that."

Adams, the senator-developer who disclosed 16 companies, said he was advised by lawyers to separate holdings into many LLCs to make it more difficult for any lawsuits to seek holdings from all of them. He said he feels obligated to disclose them all.

"I just want to make sure I am covered, that I am meeting the rule," he said. "I put down all companies I am directly or indirectly involved with."

He added that his disclosures help prevent accusations that he is concealing a potential conflict of interest. As long as they are included on his personal disclosure form, he does not need to mention them vocally during debate — which he said is easy to forget in the rush of legislative business.

Letter of the law • House Majority Leader Brad Wilson, R-Kaysville, No. 2 in House GOP leadership behind Hughes, listed nine companies in which he is an owner or officer. He defends Hughes for not doing the same and for using a holding company.

"In some ways, I think what the speaker is doing is smart. He's making sure he's following the letter of the law," and avoiding pitfalls of sometimes complicated rules that could easily become political traps, Wilson said.

For example, he said, "I am in the process of creating a new entity for a project we're doing. As soon as we sign the operating agreement, I need to update my disclosure form in the middle of the year. ... Frankly, if you hadn't called, I probably wouldn't have remembered to do it until next year" when updated forms are usually due.

He added, "What I'm doing probably isn't as smart" as using a holding company.

"We create all of these traps for us to fall into," he said. "This is one of those. You just have to be so careful. ... I worry we are discouraging good people from running for office because we've made the rules so complicated."

Wilson said he has listed all his companies separately because "I've never really thought about doing it any other kind of way."

He added, "Greg is a great speaker, and he's someone we have a lot of confidence in. ... If he chooses to do it [his disclosure form] this way, it's his prerogative."

END_OF_DOCUMENT_TOKEN_TO_BE_REPLACED 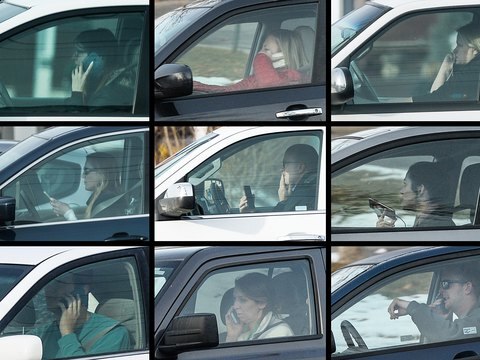