Salt Lake City's long-awaited housing plan describes a city verging on "systemic crisis" and needing to consider all options to make Utah's capital livable for those who work here.

Those options include some potentially tough sells, like requiring affordable housing in new developments, reducing density limits in single-family neighborhoods on the city's more affluent east side, and turning to taxpayers for bonds or levies.

The city's statistics paint a bleak picture: 12,500 residents who live in poverty and make less than $20,000 are short 7,500 affordable housing units. Rents increased twice as fast as renters' wages between 2011 and 2014, while home prices rose at four times the rate of homeowner wages. One quarter of the city's renters send at least half their income to a landlord, and many of them are forced to choose each month between food and rent.

Some 30,000 new residents are expected to add to that housing pressure over the next dozen years.

Dubbed "Growing Utah," it's considered the city's first comprehensive plan since 2000. The yearlong effort was informed by the City Council's 25-year plan and studies and surveys of the city's housing, workforce and residents.

"We really started out thinking we knew so much, and as we got deeper into this, we realized how much we didn't know," said Mike Akerlow, deputy director of community and neighborhoods.

Akerlow said that after visiting the home of cost-burdened residents, "I've had to stop personalizing it. I had to stop thinking about my own kids being in these situations, because it's heartbreaking."

Part of the city's pitch includes so-called inclusionary zoning, which mandates that affordable housing be included in any new residential development. An April finance report recommended that the city require 5 to 10 percent affordability in projects involving 50 or more units. Developers could opt out by paying a fee of $60,000 to $250,000 per unit.

The popular knock on that approach is that builders end up passing along the costs to their market-rate tenants, and the overall pricing-out of city residents cycles on. But Salt Lake City officials say they would pair such requirements with incentives that would lessen the financial burden on developers.

The plan also calls for zoning changes that would allow increased density and a wider array of housing types, including accessory dwelling units (think: an apartment in a basement or above a garage), duplexes, cottages and bungalows, row houses and small apartment buildings.

Salt Lake City's last major zoning upgrade occurred in the mid-1990s, city officials say, when decisions about land use were influenced by a gradual population decline over the preceding 30 years.

"I recognize that some of the polices are in place to preserve the character of our city, but in some instances, they fail to allow us to be innovative in how we grow."

Favored zone types include transit areas, mixed-use and form-based (as opposed to traditional, use-based) zones. Fill-in ordinances could also boost housing totals in existing neighborhoods, though City Council Chairman Stan Penfold said Thursday that without demolition, opportunities for that may be scarce.

The duration of the plan was the subject of lengthy internal discussion, Akerlow said. Officials decided a five-year term would spur immediate change and give the city a chance to evaluate its success as it begins to hash out a succeeding plan during Year Four.

Council member Andrew Johnston said in a text message that he "loves" the city's direction. Not only will affordable housing help sustain the city's economic growth, he said, but "it will also have a tremendous impact on our ability to retain families and younger workers both for our cultural vitality and demographic health."

"My biggest concern is we had better get started, and soon," he said.

The announcement coincides with a rethought approach to homelessness that includes four proposed 150-bed shelters. Biskupski, developers and downtown residents have called for closure of the 1,100-bed emergency shelter at 210 S. Rio Grande when the new shelters come online, and affordable and supportive housing is needed to help offset the 500-bed difference in overall capacity.

Those types of housing, in turn, are contingent on funding.

The housing department's April finance report asks city leaders to put before voters a housing bond or levy that would recur every five to seven years.

Late last month, Biskupski also convened what she has called a "blue-ribbon commission" that consists of area development and banking leaders. Thursday, the mayor referred to that group when asked about possible funding sources.

Dan Lofgren, president and CEO of Cowboy Partners, said the funding effort will be "hard work."

"It would be, I think, premature to suggest that I know there's a solution at hand," he said. But "it won't happen if we don't focus on it."

City officials aspire to provide what they refer to as "lifecycle" housing, in which a resident can go from childhood to old age, through all the varied life stages in between, without leaving their neighborhood.

• Fast-tracking permits for developers that are building affordable units.

• Better measuring the market and impacts of regulatory changes.

• Adding incentives for landlords who rent to low-income households, and better informing low-income tenants about their rights and responsibilities.

• Buying hotels and multi-family properties for preservation or makeover as affordable housing.

• Reducing parking requirements that can tack hundreds of dollars onto rental rates.

Under "impediments to affordable housing," the city's plan mentions the risk of "NIMBYism" — which stands for "not in my backyard" — from neighborhood opponents.

Ten yards down the hall from the community room where the media and city officials had gathered, he said, lived a resident who was once homeless.

"That opposition not only dissolved but turned into an embracement of these wonderful citizens that live here," he said.

The Housing Authority currently houses 9,000 people — most of them seniors, disabled people and young families — with 11,000 applicants on the waiting list, Nackerman said.

The City Council last year approved $21.6 million for low-income housing. Salt Lake City Biskupski said at the time it was "irresponsible" to set aside Redevelopment Agency funds without deeper analysis, but announced during her Tuesday State of the City address that a new RDA budget proposal submitted to the Council preserves the $21.6 million for that use.

The housing plan, viewable at www.slcgov.com/HAND, is open to public comment. A revised plan will be sent to the Planning Commission in March, and the plan is expected to be presented to the City Council for adoption as an ordinance sometime during the spring.

END_OF_DOCUMENT_TOKEN_TO_BE_REPLACED 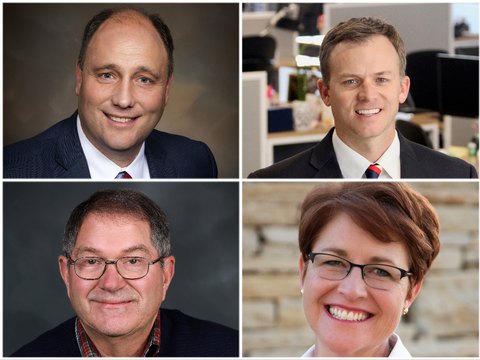 In debate, two 1st District Republicans criticize Trump’s vow to use military against protests
By Lee Davidson • 13h ago 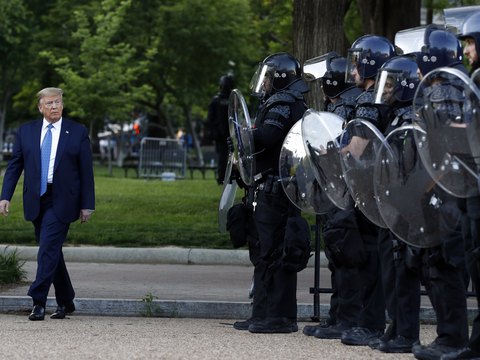