Personal purchases and falsified records led to a lawsuit, criminal probe and an expanded audit of operations.

A now-former employee of the Utah Communications Authority (UCA) and her daughter have admitted charging $1 million in personal expenses on the agency's credit cards and covering their tracks by manufacturing phony paperwork.

After more than a decade of embezzling public money from the quasi-government agency that oversees 911 and emergency communications in much of the state, Patricia Nelson and daughter Crystal Evans were finally caught because of a careless accident, court documents say. A technician discovered a credit-card statement left on one of UCA's printers in January and turned it over to the agency's bookkeeper, who noticed charges that had nothing to do with state business.

Nelson was fired after the theft came to light and the UCA hired attorneys with the law firm of Ballard Spahr to investigate. That probe led to the agency filing suit in 3rd District Court in March accusing Nelson and Evans of fraud and theft, among other crimes.

The mother and daughter admitted the embezzlement in declarations filed in court on Thursday and Judge Paul Maughan has ordered the two to pay the agency a total of $2,328,000, which includes interest and punitive damages.

The judgment does not specify a deadline to pay the debt or a payment schedule. Attorney Darren Watts, who represents the two women, said Saturday negotiations on that matter are expected to be completed soon and Nelson has already paid back or reversed charges of almost $70,000.

A criminal investigation is underway.

Executive Director Steven Proctor has resigned after more than a decade at the agency, although there are no public allegations of wrongdoing against him.

"But the buck stops here and these people worked for him," said Rep. Brad Dee, R-Ogden, who has sponsored most of the many pieces of legislation that have changed and expanded the agency in recent years. "Someone has to be responsible for that, so yeah, he should be gone and he is gone."

The UCA Board has named Jake Hunt, radio division manager, as interim director. It also ended its contract with an outside accountant and hired an independent firm to handle financial matters on an interim basis.

Nelson, who was Proctor's administrative assistant and worked for the UCA or its predecessor for 17 years, was a trusted employee, court documents say. In her declaration, she admitted that she and her daughter had been using five or more credit cards beginning in 2005 to make personal purchases.

When the suspect credit card statement was discovered in January, Nelson at first said she did not know whose card it was, then later told Proctor it was issued to her and she believed her son-in-law had stolen it, according to court documents.

Still later, she admitted that $6,254.68 had been transferred via PayPal to her daughter to reimburse her for the expenses of a family trip to the Bahamas. Nelson claimed she had accidentally given Evans a UCA card instead of her personal card and was not aware that the PayPal transfer would come out of the agency account.

Until the summer of 2014, Nelson said, she had the primary responsibility to collect receipts from UCA employees to substantiate credit-card purchases made on the company account. To hide their personal charges, she and her daughter altered credit-card statements and invoices, according to Nelson.

"I was sick when I found out about it," Sen. Wayne Harper, R-Taylorsville, said of the embezzlement. "How could something go on like that for 10 years and nobody catch it?"

No one apparently has the answer to that question ­­­— but Harper and other lawmakers intend to dig it out.

He already has received approval from Senate President Wayne Niederhauser to expand an ongoing audit of the UCA to get into the detailed finances and management of the agency.

Harper also noted the "very unusual" procedure that's been used in the wake of the embezzlement discovery — filing a civil suit and obtaining a confession and judgment before criminal charges have been filed or the investigation completed. "Normally," he said, "you'd do the criminal before the civil came out."

The UCA oversees millions of dollars in public money coming from assessments on local governments and the state, legislative appropriations and a share of the 76-cent monthly 911 surcharge levied on every cell phone and land line in the state.

The agency, which is overseen by a 25-member board and has little direct oversight by the state, was first created in 1997 under a different name and played a major role in coordinating emergency communications and interagency radio communications between northern Utah public safety agencies during the 2002 Winter Olympics.

It has expanded to include 25 counties and 147 public safety agencies in recent years and now owns 20,000 radios, according to Dee.

During the most recent legislative session, lawmakers approved a bill sponsored by Dee giving the governor power to appoint its board chairman, a position previously elected by the board; subjected the agency to competitive bidding rules for the first time; and mandated an annual report to the Legislature.

Dee said some of the changes should improve transparency and accountability of the agency. And he said that with this scandal and the ongoing audit, "this is going to be the most scrutinized entity in the next couple of years."

"I'm very much disturbed or, maybe more appropriately, just dismayed," said Dee. "Can you imagine what we could have done for the citizens of Utah in the area of public safety and radio communications and 911 access with that much money.… The law will take its course, but oh my word, I am so frustrated with this."

END_OF_DOCUMENT_TOKEN_TO_BE_REPLACED 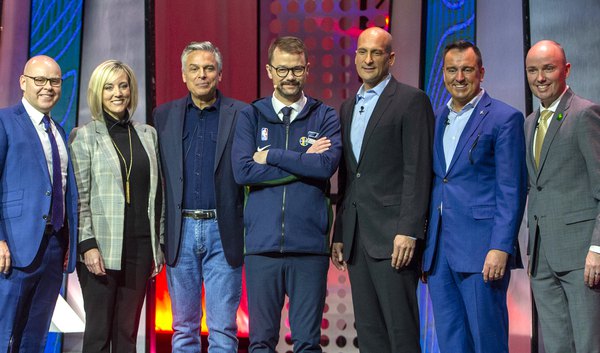 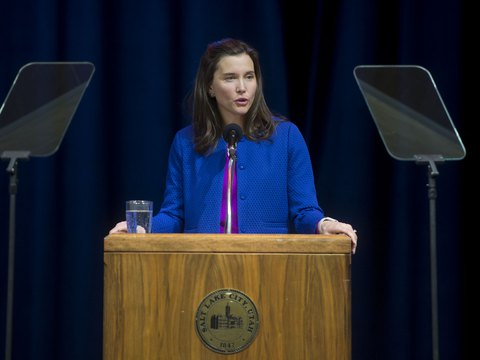 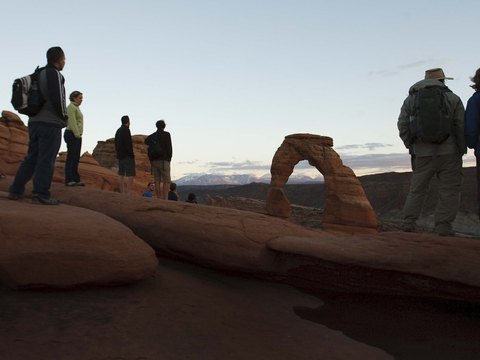