Utah’s largest coal producer is an investor in the project but says it will diversify exports.

Holt sought the loan at an April 2 meeting as an adviser to Sevier, Carbon, Emery and Sanpete counties — home to Bowie's Sufco, Dugout and Skyline mines. That same month, Bowie's chief commercial officer said the company did not have plans to use the proposed terminal.

"We have been advised the Oakland project is a multi-commodity terminal that will handle many different commodities such as potash, soda ash, and grain," Grant Quasha wrote to The Tribune in an April 22, 2015, email. "These facilities are 'purpose' built facilities and need to be tailored to types of commodities. That being the case it is not clear that it is commercially viable for our future needs."

But behind the scenes, Bowie and its Utah coal were at the center of the plan Holt was pitching to the counties.

Bowie would be "a Series A shareholder" in the terminal, according to a term sheet Holt provided to them in March 2015.

Terminal Logistics Solutions, the firm operating the terminal, "will be created as a part of the business arrangement between the Counties, Bowie, and any other users that can contracted ahead of time," it said.

Initially, up to 49 percent of the terminal's shipping capacity would be used to export coal — but that cap would only be an internal policy, not an official limit set in a permit.

"Presumably Bowie will get the throughput allocations to their mines in the Counties, at least for some number of years," the term sheet notes.

The sheet and other documents were recently acquired by Sierra Club through open record requests to the four Utah counties. Sierra Club and Bay Area climate and environmental health activists have been challenging the export terminal project since the inclusion of coal became public.

"This wasn't multi-commodity. This terminal is all about coal," said Jessica Yarnall Loarie, a lawyer with Sierra Club's Beyond Coal campaign. "Bowie went to great lengths to hide the ball from both Utah and California."

On Friday, Bowie's executive chairman John Siegel acknowledged his firm "has a vested interest in [Terminal Logistics Solutions] along with others and we are proud of that."

Despite Quasha's earlier assertion, Siegel said Bowie's interest in the Oakland terminal stemmed from its ability to move a variety of products.

"We are called Bowie Resource Partners for a reason. While coal is our central commodity, we are looking to diversify the company across all commodities that make sense for us," Siegel said. "That was central for our interest in the terminal."

Bowie lost out to a Turkish firm. And now, the company is seeking to purchase three coal mines in Colorado and New Mexico from Peabody Energy, which is teetering on the brink of bankruptcy.

But Siegel said he will continue efforts to get into soda ash and other non-coal minerals.

"If and when it makes sense to export coal there [at the proposed terminal], we will do it," Siegel said, "but the focus shouldn't be on coal because it will never be the predominant commodity run through the port at Oakland."

Some Oakland city officials say they're surprised that coal may be shipped through their community at all.

The export terminal would occupy 30 acres of a 330-acre redevelopment project at the former Oakland Army Base, located at the foot of the Bay Bridge. Known as Oakland Global Trade and Logistics Center, the larger project is under construction.

City officials say master developer Phil Tagami verbally promised coal had no part in his plans, and they signed a 2012 contract with Tagami's firm that placed no restrictions on what commodities the port would move.

Terminal Logistics Solutions (TLS) incorporated in October 2014, according to California Secretary of State documents. Its top executives are former Port of Oakland officials Jerry Bridges and Omar Benjamin. Benjamin resigned as the port's executive director in 2012 amid allegations that the port covered a tab he helped run up at a strip club.

In a July 2015 letter to Oakland's mayor after the proposal to ship coal had been revealed, Bridges said the terminal will be engineered to the highest environmental standards, with coal and other commodities delivered in newly designed covered rail cars and transferred in an enclosed system.

But the status of the proposed terminal is unclear.

The TLS lease option for the terminal site initially was set to expire in July 2015, according to the documents acquired by the Sierra Club. It was extended a few months to Oct. 17, but TLS has yet to exercise its option, according to the Los Angeles Times.

Besides Utah, no other investors in the $275 million terminal are known. BMO Capital Markets, which employs Holt as an investment banker, is seeking $200 million from private investors, and is marketing the opportunity to pension funds.

BMO also has a stake in the Central Utah Rail project — a proposed 48-mile line to connect Salina, near Bowie's Sufco mine, to the Union Pacific coal load out near Levan, which offers direct rail service to the Bay Area.

Without the Oakland terminal, the rail line will not be feasible, according to a memo Holt sent to the counties along with the term sheet.

"These two projects must be contractually linked in the negotiations," wrote Holt, a former member of Utah's Community Impact Board (CIB), the that group asked for the $53 million loan.

At the time he wrote the memo, Holt chaired the Utah Transportation Commission, which prioritizes projects for public funding. He had recently entered into a contract with Sevier County to secure financing for the rail project.

Once the $124 million rail line is operational, BMO will get a 2.5 percent "success fee," based on the value of the project — an additional $3 million incentive for BMO and Holt to ensure the Oakland terminal is funded.

Holt, who resigned his post on the transportation commission in December and moved to New York City, did not respond to an e-mail request for an interview.

'There should be absolute openness' • Meanwhile, Gov. Gary Herbert last week signed a bill that clears the way for Utah's investment.

CIB approved the $53 million loan in April 2015, but it later discovered that transferring the money — from federal mineral royalties — would require a new plan. Normally the funds are reserved for civic projects in the counties that produced the minerals. SB246 provided a way to work around funding restrictions.

Critics contend Utah's loan distorts markets by giving an unfair subsidy to a polluting energy source that the United States and many other countries are turning away from. Many suspect the terminal needs subsidies because private investors are wary of backing coal exports at a time of collapsing global demand.

Herbert's PAC landed half of Bowie's $29,000 in political contributions in Utah over the past two years, according to campaign finance disclosures. SB246 sponsor Sen. Stuart Adams, R-Layton, received $750 and similar donations went to numerous Republican lawmakers.

At his Thursday news conference, Herbert said he was unaware of Bowie's contribution, noting his PAC enjoys support from a variety of energy developers.

"That has nothing to do with the situation at hand. What we have is a group of rural counties — Emery, Carbon, Sevier, Sanpete counties — which have a significant economic concern about this war on coal," Herbert said.

"It's a very viable, legal, needed product in the world and we should have the right to export that product," he said. "And these counties have said, 'Hey, we have money involved, our [community impact] money, so let's pool that money and see if we can guarantee access to ship a legal product out of California.' Now we've set the money aside."

The Utah Attorney General's Office has previously remained silent about the deal, citing its client-attorney relationship with the CIB.

But Herbert assured reporters that his office will oversee the project and "there should be absolute openness and transparency at every step of the way."

Reporter Robert Gehrke contributed to this story. Brian Maffly covers public lands for The Salt Lake Tribune. Maffly can be reached at bmaffly@sltrib.com or 801-257-8713. Twitter: @brianmaffly

END_OF_DOCUMENT_TOKEN_TO_BE_REPLACED 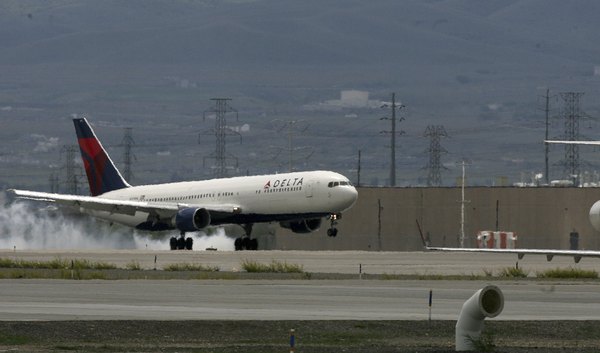 END_OF_DOCUMENT_TOKEN_TO_BE_REPLACED

Jamelle Bouie: Trump doesn’t need the most votes. What if he doesn’t even want them?
By Jamelle Bouie | The New York Times • 6h ago
END_OF_DOCUMENT_TOKEN_TO_BE_REPLACED