The GOP front-runner says he is tired of the format and won’t show up in Salt Lake City; Kasich says he won’t come either, so Fox News cancels the event.

"I'm not going to be doing the [@Foxnews] debate."
-@realDonaldTrumphttps://t.co/D8DofXStMZ

Fox News canceled the Republican debate in Salt Lake City after Donald Trump said he won't show up because he is tired of the format and has already committed to delivering a speech that night.

The GOP front-runner took a definitive stand during a phone interview on "Fox & Friends" early Wednesday, saying that he didn't know about the debate, which the Republican National Committee announced Feb. 20.

"Nobody told me about it, and I won't be there," Trump said. "I'm not going to be doing the debate."

Trump said he's committed to speaking at the pro-Israel group American Israel Public Affairs Committee conference Monday at about the same time as the debate.

"I'm doing a major speech in front of a major group of people," Trump said.

"Donald Trump's decision to scuttle the Salt Lake City debate is disappointing, but not surprising," said Kasich's campaign strategist John Weaver. "His values are out of step with the people of Utah. We had hoped to contrast Governor Kasich's positive inclusive approach to problem solving with Trump's campaign of division. If he changes his mind, we will be there."

The campaign of Texas Sen. Ted Cruz, the other GOP contender, has yet to weigh in. But Fox News didn't wait. A representative from the network called the Salt Palace Convention Center's event coordinator and canceled.

"Ted Cruz has expressed a willingness to debate Trump or Kasich — or both," said Michael Clemente, executive vice president of Fox News. "But obviously, there needs to be more than one participant. So the Salt Lake City debate is canceled."

"Mr. Trump is a very calculating individual and knows he's already doing very poorly in Utah," Cox told The Salt Lake Tribune in an interview Wednesday. While Trump might have multiple reasons for canceling, Cox said, "I truly believe one of the reasons is he is snubbing the state of Utah."

Cox, who had endorsed Florida Sen. Marco Rubio, says he can't see himself ever voting for Trump, either in a primary or general election, saying he is "shallow, divisive, dangerous and represents the worst of our great country."

Rubio dropped out of the GOP race after Trump trounced him in Florida, leaving Cox to choose between Cruz and Kasich. He's not sure which candidate he'll support at this time.

The billionaire celebrity had previously said he has had "enough" of the debates, but Utah Republican Party officials and political scientists assumed that Trump's loss in Ohio would increase the chances that Trump would appear at a 13th Republican primary showdown, which would have been the first presidential debate ever scheduled in Utah.

"For the Republicans right now, every state becomes an important victory and every state that Donald Trump doesn't win makes it much more likely we end up in a contested convention," said Jason Perry, director of the University of Utah's Hinckley Institute of Politics.

Trump appears to be the only GOP candidate who can gather the necessary 1,237 delegates to claim the nomination outright before the convention, but Kasich and Cruz are vowing to stay in the race, believing they have a narrow path forward that may include a convention fight.

Kasich has scheduled a series of forums in Utah on Friday, and Cruz, with support from Sen. Mike Lee, R-Utah, hopes to win the state.

The debate was planned for Monday at the Salt Palace and drew intense interest with the Utah Republican Party receiving more than 50,000 ticket requests. It would have taken place one day before Utah and Arizona hold their GOP contests. Utah's is a caucus in which 40 delegates are up for grabs. If a candidate claims 50 percent of the state, he can win them all; otherwise the delegates will be split proportionately.

END_OF_DOCUMENT_TOKEN_TO_BE_REPLACED 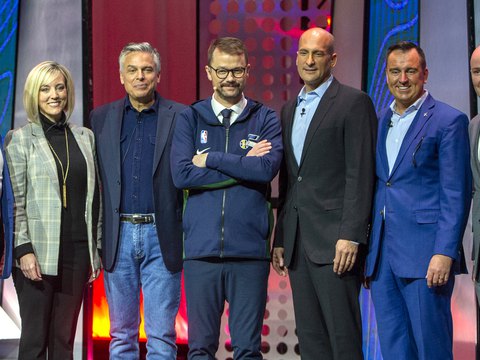