Downtown • As Becker prepares to leave office, Salt Lake City’s RDA is poised to OK deal to turn the landmark into an entertainment and dinner venue.

Salt Lake City leaders are weighing an exclusive deal with a private developer on plans to refurbish the old Utah Theater on Main Street — just as Mayor Ralph Becker prepares to leave office.

The city's Redevelopment Agency Board, which doubles as the City Council, is set to vote Tuesday on whether to start exclusive talks on the abandoned theater with LaSalle Restaurant Group, a Utah-based firm that owns Golden Braid Books, the Oasis Cafe and other notable restaurants.

The RDA vote — set for the board's last scheduled meeting before Becker departs and Mayor-elect Jackie Biskupski takes over — could effectively lock out other developers from eyeing the property for up to three years and secure LaSalle's rights to buy the site.

Managing partner Joel LaSalle said he wants to pursue converting two RDA-owned properties — the historic theater and a neighboring parcel to the south — into a high-quality entertainment and dining venue, potentially with a high-rise hotel or residential condominium tower on top.

His vision for the properties at 144 and 156 S. Main, LaSalle said, could restore the playhouse, boost the street's vibrancy and add to an emerging theater district in the heart of the city.

"It would be awesome," LaSalle said of his dinner theater idea. "We've been working on this for quite some time now."

The 2,500-seat, $119 million George S. and Dolores Doré Eccles Theater, rising right across the street, is set to open in June 2016. The Capitol Theatre, around the corner on 200 South, recently underwent a $33 million upgrade.

While the RDA bought the dilapidated Utah Theater in 2010, several other proposals for its use have crumbled.

The RDA exclusivity deal for LaSalle would give both sides the option of pulling out after the first year and allow a third year of dedicated talks if LaSalle and the RDA agree.

LaSalle said if he gets exclusivity, his firm would use up to two years to put together development partners, financing, potential hotel and entertainment operators and a robust business model for the 97-year-old building.

"It's going to cost us money," LaSalle said of the exploratory process. "And I don't want to do that unless we have the inside track to really put a proposal together."

RDA Executive Director D.J. Baxter said that while the agency usually draws development proposals through a public and competitive bidding process, difficulties of restoring the theater and the appealing promise of LaSalle's plan argue for exclusive talks instead.

Baxter said the Becker administration has put a high priority on revitalizing the Utah Theater as the last remnant of an early 20th-century era with dozens of live performing venues dotted downtown.

"We view the theater as a public, community asset with a lot of cultural value for Salt Lake City," Baxter said. "We're interested in having a development partner who really sees the opportunity and the vision for the site in a very public way."

Baxter described putting together a viable restoration, financing and business plan for the theater within two years as "ambitious but not impossible."

The site lacks parking, he noted, and "renovating an old theater is not something that's going to make anybody a lot of money."

"In fairness, and to make it viable for him [LaSalle] to invest those funds," Baxter said, "he needs to know that if he gets the right result, he might be able to proceed with it."

Councilman Stan Penfold, who heads the RDA Board, said LaSalle's proposal coincides with the city's own exploration of possible uses. RDA policy, he explained, allows the agency to bypass typical bidding procedures on parcels it owns in favor of pitches from owners of property abutting RDA land.

"He bought it with the Utah Theater in mind," Penfold said, "as well as the new theater across the street."

The RDA chairman is "not so concerned" about the exclusivity deal unduly tying the city's hands.

"We were very careful," Penfold said. After the first year of talks, he said, "if this isn't working out, either party can pretty much walk away."

END_OF_DOCUMENT_TOKEN_TO_BE_REPLACED 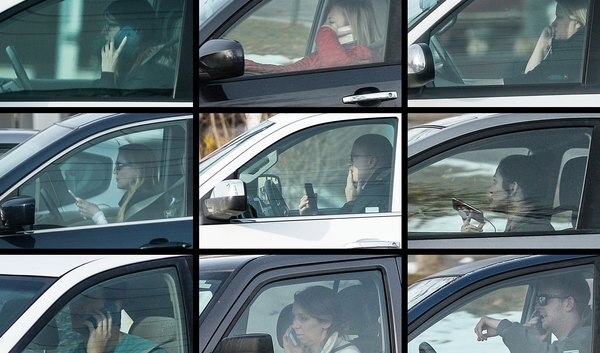 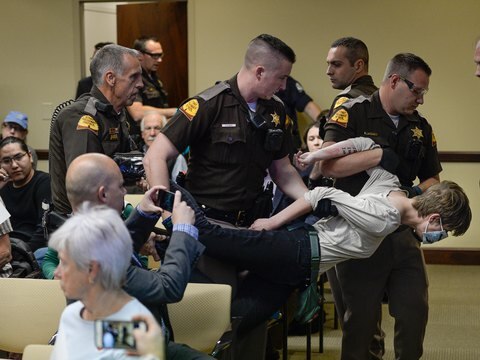 IOC official: Tokyo Olympics are still on — for now
10m ago

Another Utah man is charged with a hate crime for alleged assault on an LDS missionary
By Scott D. Pierce • 57m ago