Rob Bishop: Taking hits for blocking land and water fund, says he wants to fix it, not ditch it

Conservation • Congressman says he wants to fix the fund that has paid for hundreds of projects in Utah.

Washington • The Bonneville Shoreline Trail eventually could stretch from the Idaho border to Nephi, offering most Utahns close access to hike and bike the iconic Wasatch Mountain range.

Eventually is the key word.

Since conservationists, outdoor enthusiasts and local leaders started building the trail in the 1990s ­— buying up land and clearing a path — the federal government has poured some $13 million into helping. But now, the funding has dried up, and another $2.32 million proposed for this budget year won't be coming.

U.S. Rep. Rob Bishop, a Utah Republican and chairman of the House Natural Resources Committee, allowed a little-known government program called the Land and Water Conservation Fund (LWCF) to expire at the end of September by blocking movement on a bipartisan bill to renew it. And while he works to reform the fund's goals, communities across America that had been hoping for federal dollars to buy up and preserve space are out in the cold.

"The Land and Water Conservation Fund is really a critical source for local governments," says Julie Peck-Dabling, Salt Lake County's open-space manager who has been working to buy up privately held land to continue the Bonneville Shoreline Trail. "Not only [does it] help us acquire land needed to finish that trail but I know that fund has been used in a lot of rural communities to help them make improvements to parks and for outdoor facilities. Those rural municipalities don't have a lot of financial resources so that fund had been valuable for them."

Started in 1965, the program aims at allowing federal, state and local government to buy land for conservation, preserve battlefields and protect wildlife habitats, all without taxpayer expense. The fund gets a portion of oil and gas royalties from public lands, nowadays to the tune of $2.5 million a day.

Nearly every county in the United States — 99 percent, according to the Interior Department — has a park, playground or forest protected because of the LWCF. Some 40,000 projects have been completed through the program for a total of $17 billion in its 50-year history.

The program has funded $171 million in programs in Utah in that time.

But Bishop says the program, while well-intentioned when it began, has become a "slush fund" for the Interior Department secretary and that local and state governments are receiving a pittance of what they should get. He proposes an overhaul of the program, with more money directed to states and a portion focused on training and educating oil and gas workers.

His intervention has sparked outrage by conservationists over what has, according to one poll, an 88 percent approval rating, and broad congressional support. The program, though, isn't widely known by name and its Sept. 30 expiration came with little fanfare.

"We're fond of calling it America's most important conservation program that you've never heard of," says Amy Lindholm, director of the LWCF campaign for The Wilderness Society. "Because who really thinks about the funding source for something? ... There isn't a sign on every place that's protected by LWCF, that tells you that. So most Americans don't associate where they recreate, where they hunt and fish, the places they love with this program that has protected them."

LWCF projects can be seen across Utah — from Farmington's Heritage Park ($190,000 in LWCF money), to Beaver's ballpark ($150,800), to Kanab's swimming pool ($104,000), to a Bluffdale park ($196,000). The money has helped buy thousands of acres of inholdings — pockets of private land — inside national parks. In Zion National Park, for example, the LWCF has allowed the park service to buy some 7,000 acres from landowners that otherwise could have built lavish cabins inside the park.

Still, another 3,500 acres of private land inside Zion is eligible for protection under the fund — if there's money available.

Therein lies part of the problem that Bishop has with the LWCF. The National Park Service has an $11.5 billion maintenance backlog, and he says it should take care of that before buying up more land.

"I'm not going to sell out short," Bishop says, "just because someone wants to keep abusing this money and create a slush fund."

He has legislation to renew the fund coming "soon," he says, and it includes a new mix of where the revenue would go.

Bishop's plan • The Utah Republican says his critics should just listen to what he wants to do before scolding him for not allowing the program to automatically renew. While the LWCF is supposed to get some $900 million annually, in recent years, it has received less than a third of that.

He says he would be happy to push for full funding, but only with a new structure to ensure grants are awarded to states and not left to the federal government to divvy up.

"Yeah, I'm moving slowly on it because I want to reauthorize it, but I want to do it the right way and make a program that is not working, work," Bishop said in an interview. "So everyone who says it's wonderful and it's the greatest thing since sliced bread, any other cliché you want to use, are all talking about the state-side projects. And I agree with them. The state-side projects are worth it."

Bishop says 40 percent of the fund is supposed to go to state grants, but only 16 percent does. He wants 40 percent or more going to states, 40 percent for the federal government's use and the rest for use in other critical areas such as helping to train and educate offshore oil and gas workers.

The oil and gas industry has an aging workforce, he says, and has been bringing in foreign labor because America can't supply the right workers.

"It's an industry that we should plow some money back in to make sure that it's there," Bishop says. "Why not help our education institutions and people to be able to have those engineering jobs and put some money into it."

He also says needs such as health care and education for American Indians should be a priority as well as putting funding toward battlefield protection.

Shawn Regan, a research fellow at the Montana-based Property and Environment Research Center, which advocates for a market-based solution to property rights and public lands, says Bishop has a valid point in wanting to direct money to maintenance rather than buying more land.

He says the public-land management agencies will never catch up on the $19 billion backlog in maintenance."We're looking at the LWCF and saying, 'We've got these problems on public lands right now that need to be addressed. Why don't we prioritize taking care of what we already have instead of acquiring more land?'" Regan says. "Why limit federal land agencies to just acquisition? … In many cases, this money would be better spent on fixing a leaky wastewater system."

Fans of the LWCF say the program was never intended for maintenance and diverting funds for that purpose would hurt the ability to preserve lands that otherwise could be developed or lost forever.

Return on investment • The Interior Department estimates that for every $1 spent on buying and preserving lands, about $4 is returned in economic development. The outdoor-recreation industry generates $646 billion in consumer spending, the department says, and LWCF money has been used to improve hunting and angling opportunities and boost recreation activities such as hiking and biking.

President Barack Obama used part of his weekly radio address recently to argue that Republicans should renew the program, which has protected some 5 million acres.

"Nearly every single county in America has benefited from this program," Obama said. "It has bipartisan support in both the House and the Senate. Republicans in Congress should reauthorize and fully fund the Land and Water Conservation Fund without delay."

Interior Department press secretary Jessica Kershaw echoed the sentiment, saying the fund should be permanently reauthorized and given dedicated funding.

"As [Interior] Secretary [Sally] Jewell has said many times, failure to reauthorize the fund will result in needless uncertainty and rob local communities of future conservation, historic preservation and recreation opportunities," Kershaw said.

Look no further than the Bonneville Shoreline Trail for an example.

Those responsible for the Mill Creek Canyon portion of the trail are looking to acquire land owned by the Great Salt Lake Council of the Boy Scouts of America that would fit into the path. But that requires money.

"The challenge is in getting the land and that's a big-ticket item and that's where we need the federal government to help," says Peck-Dabling, the county's open-space manager.

And without federal funding?

"What can happen," she says, "is we will all get to look at that beautiful Wasatch Mountain Range but we can't reach it because we have to trespass over someone's property to get there."

END_OF_DOCUMENT_TOKEN_TO_BE_REPLACED 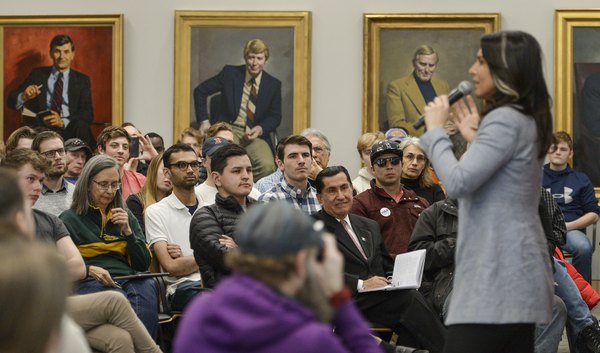 Tulsi Gabbard brings her campaign to Utah ahead of Super Tuesday vote, preaching a message of unity to heal a ‘divided country’
By Taylor Stevens • 2d ago 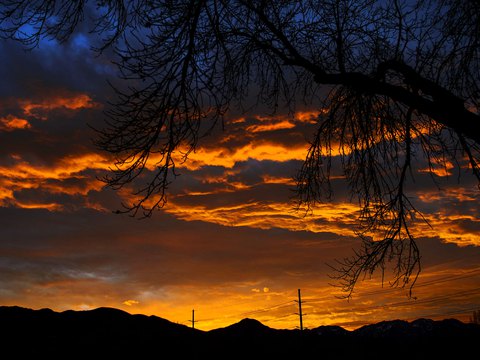 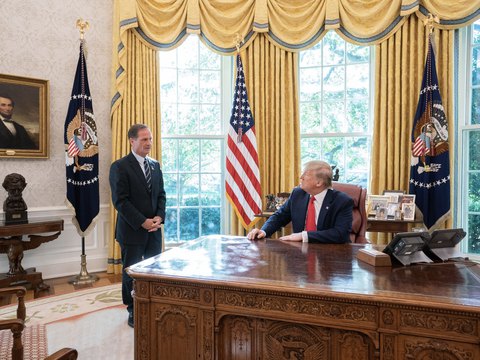 Report: Trump dumped Chris Stewart for spy chief after learning he once called the president ‘Our Mussolini’
By Lee Davidson • 2d ago
END_OF_DOCUMENT_TOKEN_TO_BE_REPLACED
L