Race • She tells Tribune she’s never been the target of racism in Utah.

In the wake of her historic win last week, Utah Representative-elect Mia Love stayed on message.

Running on very little sleep, the soon-to-be first black Republican woman in Congress — and Utah's first black member of Congress — never strayed from the message that got her there.

In an interview with CNN, Love repeated her family's bootstrap-pulling narrative. The story seems to have helped her overcome latent racial biases among Utah voters and vaulted her into history.

"What we need to mention here is this had nothing to do with race," she said, echoing a familiar campaign theme.

Love's assurances that Utah does not draw lines at skin color or other demographic divides were likely self-reinforcing, political experts say.

Utahns, she maintained, are interested only in "electing individuals based on honesty, integrity and the values we hold dear."

When it comes to attitudes toward black Americans, a recent poll by Brigham Young University's Center for the Study of Elections and Democracy shows that was probably the best stump speech Love and her advisers could have drafted. In two successive surveys in 2012 and 2014, BYU pollsters found latent racial bias among Utah voters.

In a long-term study of racial attitudes in the state and Love's campaign messaging, pollsters found limited sympathy among Utah voters for affirmative action, African-Americans or the lingering effects of slavery.

Nearly half the 800 Utahns polled, 49 percent, disagreed with the notion that "generations of slavery and discrimination have created conditions that make it difficult for blacks to work their way out of the lower class."

And more than 70 percent of voters surveyed in the weeks before Election Day said there is only moderate to middling racial discrimination in the state — a number that increased between Love's 2012 and 2014 races.

After two campaigns for Congress and 16 years in Utah, Love knows her audience and has avoided stressing her own race. Instead, she has coupled a message of individual responsibility with her family history: Parents who fled Haiti's violent dictatorship in the 1970s and arrived in the United States with $10 in their pockets before eventually joining the middle class.

"She always tried to convey the message that she campaigned not because of her skin color but because of who she is," said Baodong Liu, a professor studying race and politics at the University of Utah.

That approach helped her make strides toward clinching a congressional seat in the overwhelmingly white state, Liu said.

This year, Love defeated Democrat Doug Owens by a 3-point margin. Two years earlier, she lost the seat by 768 votes — or three-tenths of a percentage point — to Democratic incumbent Jim Matheson.

"Utah voters like to see people who have succeeded, and to a certain degree, they've done it on their own," said David Hansen, Love's campaign manger. "It's kind of the American way of doing things."

For her part, Love has told The Salt Lake Tribune she's never been the target of racism in Utah, where fewer than 1.5 percent of residents are black.

If she were to find out she received different treatment because of her skin color, Love said, she wouldn't dwell on it. "That's not my problem, that's their problem," she said.

Half the Utahns polled acknowledged they thought that groups including Irish, Italians and Jews overcame prejudice, so "blacks should do the same without any special favors." About a third, 34 percent, disagreed. And 15 percent chose neither side.

The racial questions are part of a larger political study due out next spring.

"She has a unique individualistic message," said Tyson King-Meadows, a political science professor at the University of Maryland Baltimore County and a partner in the study. "We were testing how that fares."

Chris Karpowitz, one of the BYU political scientists who designed the Utah survey, declined to comment on the specifics of the poll.

"We're really interested in well beyond Mia Love," he said.

Nationally, the battery of racial bias questions has been used by political scientists for decades to gauge how minority candidates' messages resonate with voters. They're a key tool for political researchers who are trying to measure anti-black sentiment and "voter inclinations," said Jon Krosnick, a political scientist at Stanford.

A host of researchers, including Krosnick, the U.'s Liu and others at the University of Chicago studied responses to the questions as Barack Obama ran for president in 2008 and for re-election in 2012.

BYU pollsters started asking the race questions in 2012 — the first year Love ran for Congress. After compiling data from 2012, 2014 and another survey next year, they plan to release a comprehensive analysis.

Still, the racially charged statements hit a nerve for Hansen, Love's campaign manager. "I don't know how else to explain it," he said. "When I read them, I thought they were inappropriate for any poll."

But state Republican Party Chairman James Evans said even if Utahns harbor latent racial bias, they vote based on the individual candidate.

In Utah and elsewhere, "people can have a general attitude, but that's not necessarily their attitude toward a specific person," said Evans, Utah's first black Republican state senator. He called Love "a principle conservative. That's what got the delegates excited."

Other political observers criticize Love for wiping her campaign of all references to race.

Darron Smith, a professor at the University of Tennessee who has studied race and the Mormon faith, says Love is "ideologically dangerous in that she creates this perception that America has moved beyond the demonic force of racism."

Smith expects Love's message to fall flat among black Utahns and across the country.

"It looks," he said, "so out of place and so out of step with the rest of the black community, who's struggling to make ends meet."

Nationally, fewer than a third of black Americans born to middle-class parents make more money than their parents did, finds a 2014 report from the left-leaning Brookings Institution. About two-thirds of white children from the same income bracket have passed that threshold.

"To say, 'You can do it if you pull yourself up by your boot straps' — there's a lot of bootstrap-pulling, but there's not a lot of getting ahead," Smith said.

But Evans believes Love's campaign — and the way she governs — will advance the discussion of race in Utah and the nation.

"Frankly, Mia's experience will certainly add to that dialogue about past inequities," he said. "It will start to shine a light on: There is a way, and Mia has shown by example that way."

END_OF_DOCUMENT_TOKEN_TO_BE_REPLACED Sen. Mike Lee asks social media giants for even one example of blocking liberal content. They struggle.
By Lee Davidson • 13h ago 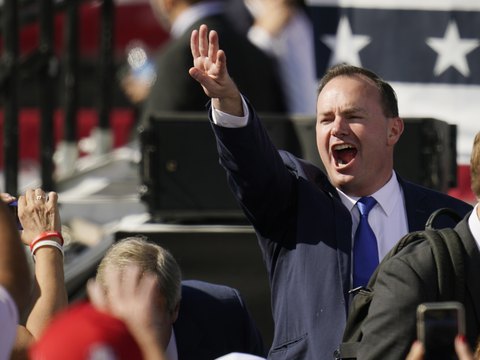 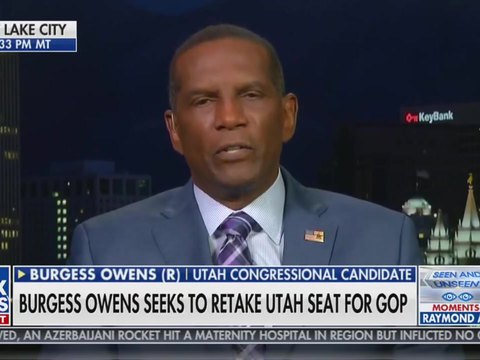 END_OF_DOCUMENT_TOKEN_TO_BE_REPLACED

An Election Day role for National Guard? Maybe, but limited.
By Robert Burns and Lolita C. Baldor | The Associated Press • 46m ago

Gail Collins: Take this Trump quiz before it’s too late
By Gail Collins | The New York Times • 1h ago
END_OF_DOCUMENT_TOKEN_TO_BE_REPLACED