A Spanish interpreter is running late because of a flat tire. Rothschild tells the five immigrants before him that he’ll take a break before the proceedings even start. His hope: to delay just long enough so these immigrants won’t have to sit by, uncomprehendingly, as their futures are decided.

“We are, untypically, without an interpreter,” Rothschild tells a lawyer who enters the courtroom at the Stewart Detention Center after driving down from Atlanta, about 140 miles away.

In its disorder, this is, in fact, a typical day in the chaotic, crowded and confusing U.S. immigration court system of which Rothschild’s courtroom is just one small outpost.

Shrouded in secrecy, the immigration courts run by the U.S. Department of Justice have been dysfunctional for years and have only gotten worse. A surge in the arrival of asylum seekers and the Trump administration’s crackdown on the Southwest border and illegal immigration have pushed more people into deportation proceedings, swelling the court’s docket to 1 million cases.

“And in every instance, the system doesn’t change on a dime, because you can’t turn the Titanic around.”

The Associated Press visited immigration courts in 11 different cities more than two dozen times during a 10-day period in late fall. In courts from Boston to San Diego, reporters observed scores of hearings that illustrated how crushing caseloads and shifting policies have landed the courts in unprecedented turmoil:

• Chasing efficiency, immigration judges double- and triple-book hearings that can’t possibly be completed, leading to numerous cancellations. Immigrants get new court dates, but not for years.

• Young children are everywhere and sit on the floor or stand or cry in cramped courtrooms. Many immigrants don’t know how to fill out forms, get records translated or present a case.

• Frequent changes in the law and rules for how judges manage their dockets make it impossible to know what the future holds when immigrants finally have their day in court. Paper files are often misplaced, and interpreters are often missing.

Immigrant families wait in dread, but no sign of large-scale enforcement raids

In a federal building in downtown Manhattan, the docket lists stretch to a second page outside the immigration courtrooms. Crowds of people wait in the hallways for their turn to see a judge, murmuring to each other and their lawyers, pressing up against the wall to let others through.

When judges assign future court dates, immigrants are asked to come back in February or March -- of 2023.

On average, cases on the country’s immigration docket have been churning through the courts for nearly two years. Many immigrants have been waiting much longer, especially those who aren’t held in detention facilities.

In Boston, Audencio Lopez applied for asylum seven years ago. The 39-year-old left a Guatemalan farming town to cross the border illegally as a teenager in 1997 and soon found a job at a landscaping company where he still works, maintaining the grounds at area schools.

But it was just this past November that he headed to the imposing Boston courthouse to learn his fate.

Lopez tells the judge about his devout Christianity and Bible studies, his kids’ education at a charter school and dreams of going to college, his fear of having to move his children to a dangerous place they’ve never been.

After about an hour of questioning, Judge Lincoln Jalelian tells Lopez he’ll take the case under advisement. The government attorney says she won’t oppose granting Lopez a visa due to his “exemplary” record and community service, which means he’ll likely be able to stay.

But even as he dreams of his family's future in America, Lopez admits the hope and joy are tempered by uncertainty because his wife’s status is still unresolved. She applied separately for asylum five years ago and has yet to have her immigration court hearing.

A toddler’s gleeful screams fill the immigration courtroom in a Salt Lake City suburb as he plays with toy cars while his mother waits for her turn to go before the judge.

Ninety minutes later, the boy is restless, and the 32-year-old woman from Honduras is still waiting. She pulls out her phone, opens YouTube and plays children’s songs in Spanish to calm his cries.

Many children have immigration cases of their own. AP reporters saw appearances by children as young as 3. They sit on wooden benches with their parents, grandparents or foster families.

Teenagers scroll through smartphones; a toddler with a superheroes backpack swings his tiny feet.

There are also American-born kids tagging along with immigrant parents the government seeks to deport.

Veronica Mejia left El Salvador as a young teen and has now lived a third of her life in the United States.

And it took her that long to get her day in a Los Angeles immigration court.

Now 20, Mejia raises her right hand and vows to tell the truth. She has a job in a California warehouse, a boyfriend and an 8-month-old daughter with chubby cheeks and pierced ears waiting down the hall.

Tabaddor breaks the news to Mejia: She doesn’t qualify for asylum under the law and issues an order for her to return to El Salvador.

Mejia walks down the hall with her lawyer. Her boyfriend hands her the baby.

“We’re going to appeal,” she says, sitting down to nurse the wide-eyed infant. “For her -- how am I going to leave her here?”

On Tabaddor’s computer, there are eight color-coded dashboards showing how close she is to meeting goals set by the Department of Justice for the country’s 440 immigration judges. Like many, she’s nowhere near completing the annual case completion target, and her dashboard is a deep red.

“So far, everyone has told us they’re failing the measure,” says Tabaddor.

Officials at the Department’s Executive Office for Immigration Review are adding interpreters in Spanish and Mandarin, judges and clerks. They’ve started special centers to handle video hearings for immigrants on the U.S.-Mexico border.

They’re also moving to an electronic system to try to put an end to the heaps of paper files hoisted in and out of courtrooms.

The entire effort is a quest for efficiency, though director James McHenry acknowledges “we’re still getting outpaced” by new cases.

The disorder stretches well beyond the bustling courts of the country’s cities. A lawyer takes a red eye from Los Angeles to Houston, then flies to Louisiana, rents a car and drives for an hour to reach a remote detention facility.

He and his client watch a video monitor for their hearing before an immigration judge who sits 1,000 miles away in Miami, Florida, along with the government’s attorney.

The system requires careful choreography among judges, lawyers and interpreters. Immigration attorneys travel long distances to reach remote courts and follow clients shuffled to different detention facilities, while interpreters crisscross the country to provide translation to immigrants when and where they need it.

Deported after two decades in the U.S.

Miguel Borrayo, a 40-year-old mechanic, sits before an immigration judge in a courtroom outside Salt Lake City. He was able to find a lawyer to help him argue he should be allowed to stay in the country with his American children, despite lacking legal papers, but he was told it would cost up to $8,000.

So he goes it alone.

Borrayo tells the judge he never had any trouble with the law since slipping across the border from Mexico in 1997 until he turned his car into a McDonald’s parking lot and came close to a passing man.

The man was an immigration agent. Shortly after pulling into the drive-thru, Borrayo was arrested.

But Immigration Judge Philip Truman spends little time on how Borrayo ended up in his courtroom. He asks about the immigrant’s two teenage children.

Borrayo tells Truman they are both healthy and good students. His 16-year-old daughter dreams of someday becoming a veterinarian. His 13-year-old son wants to become a mechanic, like his dad.

His wife, the teens’ mother, works part-time so she can care for them.

Ironically, this all dooms his case. Truman says it doesn’t seem like his children would suffer tremendously if Borrayo returned to Mexico. Regrettably, he must deport him.

He’s given a month to leave the country — one last Christmas in his family’s home surrounded by snow-capped mountains.

He shrugs off the loss and leaves the courtroom. But days later, he wonders what went wrong.

“I just tried to tell the truth so that they would help me,” he says.

The Associated Press’ immigration team sent journalists based around the country to courts from Nov. 12, 2019 to Nov. 22, 2019. Those contributing reporting to the project include:

END_OF_DOCUMENT_TOKEN_TO_BE_REPLACED 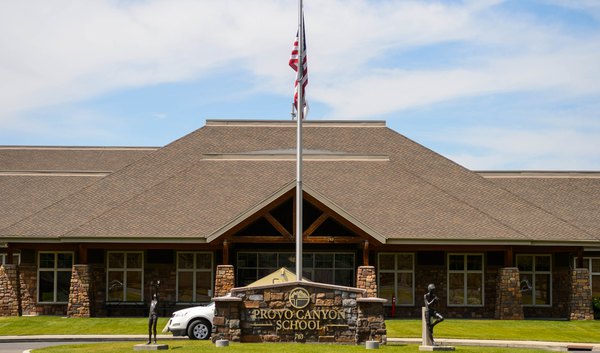 Robert Gehrke: In the age of a broken Congress, hypocrisy is the name of the game
By Robert Gehrke • 8h ago

END_OF_DOCUMENT_TOKEN_TO_BE_REPLACED 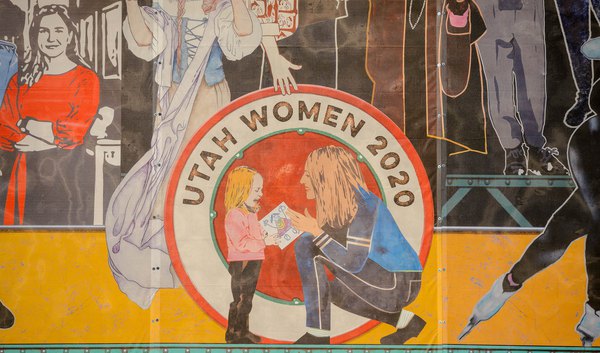 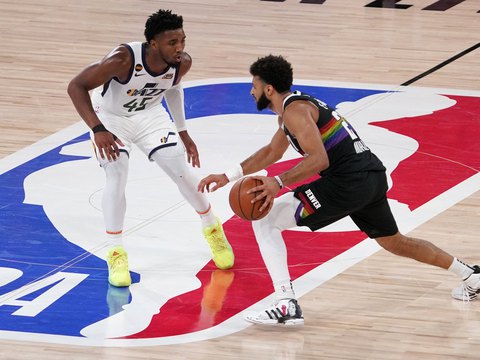 Gordon Monson: Here’s evidence the Utah Jazz can make what they say they want real
By Gordon Monson • 1h ago
END_OF_DOCUMENT_TOKEN_TO_BE_REPLACED