In the call this summer, Trump raised allegations, without citing any evidence, that the former vice president sought to interfere with a Ukrainian prosecutor in regard to son Hunter. He spoke in a tone that was at once both bantering and suggestive, without the kind of explicit language that would lead to a straight-line conclusion about his intent.

After saying Giuliani and Barr would be in touch, Trump referenced Ukraine's economy, saying: "Your economy is going to get better and better I predict. You have a lot of assets. It's a great country." Zelenskiy had earlier raised to Trump his desire to purchase additional Javelin anti-tank missiles from the U.S.

Trump's language is often vague, and sometimes contradictory, a blend of blunt assertions that often are followed by layers of qualifications like "who knows?" or "that's what people are saying" or "we'll see what happens."

The conversation between the two leaders is one piece of a whistleblower's complaint, which followed the July 25 call and is central to the formal impeachment inquiry inititated Tuesday by House Speaker Nancy Pelosi.

The White House account reveals that Trump was willing to engage a foreign leader to seek damaging information on a political foe and that he went so far as to volunteer his attorney general to help. But Trump appears to stop short in the call of any direct quid pro quo, such as linking Ukraine's help to American military aid or other assistance.

Days before the call, Trump froze nearly $400 million in aid to Ukraine. It was not clear from the summary whether Zelenskiy was aware of that, and the White House did not respond to requests to clarify. The president has insisted he did nothing wrong and has denied that any request for help was tied to the aid freeze.

During a meeting with Trump Wednesday on the sidelines of the United Nations General Assembly, Zelenskiy said he felt no pressure to act on his call with Trump. He declared, "Nobody pushed me."

It's illegal under federal law to seek foreign government assistance for U.S. elections.

The release of the rough transcript sets the parameters of the political debate to come. Trump, at the U.N. on Wednesday, dismissed it and said as he often does that's he's the victim of "the single greatest witch hunt in American history." Democrats in Congress say it lays the groundwork for the impeachment inquiry.

As House Democrats move on impeachment inquiry of Trump, Utah’s Rep. Ben McAdams not yet on board

Speaker Pelosi announces House is moving forward with official impeachment inquiry, says ‘no one is above the law’

How does impeachment work? Here’s the process.

Trump aides believed that his oblique, message-by-suggestion style of speaking would not lend itself to the discovery of a "smoking gun" in Wednesday's summary. His previous missives to his staff were at the center of special counsel Robert Mueller's investigation into obstruction of justice in the Trump-Russia case.

Trump is direct in raising the question of Joe and Hunter Biden and a Ukrainian prosecutor: "There's a lot of talk about Biden's son, that Biden stopped the prosecution and a lot of people want to find out about that."

In the conversation, Trump doesn't distinguish between the roles of Giuliani and Barr, the nation's top law enforcement officer. Barr has been a staunch defender of Trump, most notably during the Mueller investigation.

It's not the first time Trump has sought foreign assistance to undermine a political rival. He publicly asked Russia to find missing Hillary Clinton emails in 2016, but this is his first documented time doing so while president.

The White House did not say whether there are any records of Giuliani's communications with Zelenskiy. The White House has also not commented on whether Trump discussed Biden on an April 21 call with the Ukrainian leader or with any other foreign power.

The president took the 30-minute July call from the White House residence, while officials in the Situation Room listened in and worked to keep a record of the conversation, as is standard practice. They used voice recognition software, but the call was not recorded. Trump ordered the document declassified Tuesday.

The release came against the backdrop of the president presiding over a meeting of world leaders at the United Nations, a remarkable split screen even for the turbulence of the Trump era.

The inspector general for the intelligence community wrote to the acting Director of National Intelligence in August that he believed the conversation between Trump and Ukraine's leader could have been a federal campaign finance violation because the president could have been soliciting a campaign contribution from a foreign government, a Justice Department official said.

The whistleblower — a member of the intelligence community — said in the complaint that he or she had heard the information from "White House officials," but did not have firsthand knowledge of the call, the Justice Department official said.

Prosecutors from the department reviewed a transcript of the call and determined the president did not violate campaign finance law, based on the elements of the allegation, and there was no consideration of the department's policy that a sitting president cannot be indicted, the official said.

The official spoke on condition of anonymity in order to discuss internal investigative deliberations.

Justice Department spokeswoman Kerri Kupec said the attorney general was first notified of Trump's conversation with the Ukrainian president "several weeks after the call took place," when the department received the referral about potential criminal conduct.

Trump has sought to implicate Biden and his son in the kind of corruption that has long plagued Ukraine. Hunter Biden served on the board of a Ukrainian gas company at the same time his father was leading the Obama administration's diplomatic dealings with Kyiv. Though the timing raised concerns among anti-corruption advocates, there has been no evidence of wrongdoing by either the former vice president or his son.

Lawmakers, who have been demanding details of the whistleblower’s complaint, were to gain access to the document in a classified setting late Wednesday ahead of the testimony of acting director of national intelligence Joseph Maguire Thursday.

A five-page summary of the call detailed a conversation between Trump and Zelenskiy. It’s just one piece of an overall complaint made in mid-August by a whistleblower.

Here’s a look at what the partial transcript tells us — and what it doesn’t.

What we know: Trump told the Ukrainian president, “If you can look into it ... it sounds horrible to me,” referring to unsubstantiated allegations that Biden sought to interfere with a Ukrainian prosecutor’s investigation of his son Hunter, who had been hired by a gas company in that country.

Trump also confirmed that he ordered his staff to freeze nearly $400 million in aid to Ukraine a few days before the call.

The Republican president has denied any wrongdoing.

What we don’t know: The call memo is not a full account of what was said on the call between Trump and Zelenskiy — meaning more details might yet emerge. Congress has also not seen the full whistleblower’s complaint, which is believed to be based on more than just the call.

In the meantime, the impeachment probe focuses partly on whether Trump abused his presidential powers and sought help from a foreign government to undermine Biden and help his own reelection effort. Whether Trump’s comments in the partial transcript rise to that will ultimately be up to the Democrat-controlled House, which can eventually vote to move forward with impeachment proceedings.

END_OF_DOCUMENT_TOKEN_TO_BE_REPLACED 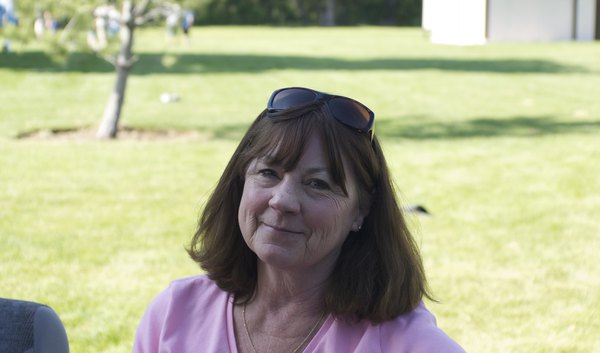 After a blast of winter, Utah is headed back to fall
By Scott D. Pierce • 8h ago
END_OF_DOCUMENT_TOKEN_TO_BE_REPLACED
L

END_OF_DOCUMENT_TOKEN_TO_BE_REPLACED

Letter: Skordas for attorney general
By Marty Bernstein | The Public Forum • 28m ago

Drew Clark: It’s not the Republican who is like Lincoln
By Drew Clark | Special to The Tribune • 59m ago
END_OF_DOCUMENT_TOKEN_TO_BE_REPLACED