President Donald Trump has gone to extraordinary lengths to conceal details of his conversations with Russian President Vladimir Putin, including on at least one occasion taking possession of the notes of his own interpreter and instructing the linguist not to discuss what had transpired with other administration officials, current and former U.S. officials said.

Trump did so after a meeting with Putin in 2017 in Hamburg that was also attended by then-Secretary of State Rex Tillerson. U.S. officials learned of Trump's actions when a White House adviser and a senior State Department official sought information from the interpreter beyond a readout shared by Tillerson.

The constraints that Trump imposed are part of a broader pattern by the president of shielding his communications with Putin from public scrutiny and preventing even high-ranking officials in his own administration from fully knowing what he has told one of the United States' main adversaries.

As a result, U.S. officials said there is no detailed record, even in classified files, of Trump's face-to-face interactions with the Russian leader at five locations over the past two years. Such a gap would be unusual in any presidency, let alone one that Russia sought to install through what U.S. intelligence agencies have described as an unprecedented campaign of election interference.

Special counsel Robert Mueller III is thought to be in the final stages of an investigation that has focused largely on whether Trump or his associates conspired with Russia during the 2016 presidential campaign. The new details about Trump’s continued secrecy underscore the extent to which little is known about his communications with Putin since becoming president.

After this story was published online, Trump said in an interview late Saturday with Fox News host Jeanine Pirro that he did not take particular steps to conceal his private meetings with Putin and attacked The Washington Post and its owner Jeff Bezos.

He said he talked with Putin about Israel, among other subjects. "Anyone could have listened to that meeting. That meeting is open for grabs," he said, without offering specifics.

When Pirro asked if he is or has ever been working for Russia, Trump responded, "I think it's the most insulting thing I've ever been asked."

Former U.S. officials said that Trump's behavior is at odds with the known practices of previous presidents, who have relied on senior aides to witness meetings and take comprehensive notes then shared with other officials and departments.

Trump's secrecy surrounding Putin "is not only unusual by historical standards, it is outrageous," said Strobe Talbott, a former deputy secretary of state now at the Brookings Institution, who participated in more than a dozen meetings between President Bill Clinton and then-Russian President Boris Yeltsin in the 1990s. "It handicaps the U.S. government - the experts and advisers and Cabinet officers who are there to serve [the president] - and it certainly gives Putin much more scope to manipulate Trump."

A White House spokesman disputed that characterization and said that the Trump administration has sought to "improve the relationship with Russia" after the Obama administration "pursued a flawed 'reset' policy that sought engagement for the sake of engagement."

The Trump administration "has imposed significant new sanctions in response to Russian malign activities," said the spokesman, who spoke on the condition of anonymity and noted that Tillerson in 2017 "gave a fulsome readout of the meeting immediately afterward to other U.S. officials in a private setting, as well as a readout to the press."

Trump allies said the president thinks the presence of subordinates impairs his ability to establish a rapport with Putin, and that his desire for secrecy may also be driven by embarrassing leaks that occurred early in his presidency.

The meeting in Hamburg happened several months after The Washington Post and other news organizations revealed details about what Trump had told senior Russian officials during a meeting with Russian officials in the Oval Office. Trump disclosed classified information about a terror plot, called former FBI director James Comey a "nut job," and said that firing Comey had removed "great pressure" on his relationship with Russia.

The White House launched internal leak hunts after that and other episodes, and sharply curtailed the distribution within the National Security Council of memos on the president's interactions with foreign leaders.

"Over time it got harder and harder, I think, because of a sense from Trump himself that the leaks of the call transcripts were harmful to him," said a former administration official.

Rep. Eliot Engel, D-N.Y., the chairman of the House Foreign Affairs Committee, said in an interview that his panel will form an investigative subcommittee whose targets will include seeking State Department records of Trump's encounters with Putin, including a closed-door meeting with the Russian leader in Helsinki last summer.

"It's been several months since Helsinki and we still don't know what went on in that meeting," Engel said. "It's appalling. It just makes you want to scratch your head."

The concerns have been compounded by actions and positions Trump has taken as president that are seen as favorable to the Kremlin. He has dismissed Russia's election interference as a "hoax," suggested that Russia was entitled to annex Crimea, repeatedly attacked NATO allies, resisted efforts to impose sanctions on Moscow, and begun to pull U.S. forces out of Syria - a move that critics see as effectively ceding ground to Russia.

At the same time, Trump's decision to fire Comey and other attempts to contain the ongoing Russia investigation led the bureau in May 2017 to launch a counterintelligence investigation into whether he was seeking to help Russia and if so, why, a step first reported by the New York Times.

It is not clear whether Trump has taken notes from interpreters on other occasions, but several officials said they were never able to get a reliable readout of the president's two-hour meeting in Helsinki. Unlike in Hamburg, Trump allowed no Cabinet officials or any aides to be in the room for that conversation.

Trump generally has allowed aides to listen to his phone conversations with Putin, although Russia has often been first to disclose those calls when they occur and release statements characterizing them in broad terms favorable to the Kremlin.

In an email, Tillerson said that he "was present for the entirety of the two presidents' official bilateral meeting in Hamburg," but declined to discuss the meeting and did not respond to questions about whether Trump had instructed the interpreter to remain silent or had taken the interpreter's notes.

Tillerson refused to say during the news conference whether Trump had rejected Putin's claim or indicated that he believed the conclusion of U.S. intelligence agencies that Russia had interfered.

Tillerson's account is at odds with the only detail that other administration officials were able to get from the interpreter, officials said. Though the interpreter refused to discuss the meeting, officials said, he conceded that Putin had denied any Russian involvement in the U.S. election and that Trump responded by saying, "I believe you."

Senior Trump administration officials said that White House officials including then-National Security Adviser H.R. McMaster were never able to obtain a comprehensive account of the meeting, even from Tillerson.

"We were frustrated because we didn't get a readout," a former senior administration official said. "The State Department and [National Security Council] were never comfortable" with Trump's interactions with Putin, the official said. "God only knows what they were going to talk about or agree to."

Because of the absence of any reliable record of Trump's conversations with Putin, officials at times have had to rely on reports by U.S. intelligence agencies tracking the reaction in the Kremlin.

Previous presidents and senior advisers have often studied such reports to assess whether they had accomplished their objectives in meetings as well as to gain insights for future conversations.

U.S. intelligence agencies have been reluctant to call attention to such reports during Trump's presidency because they have at times included comments by foreign officials disparaging the president or his advisers, including his son-in-law Jared Kushner, a former senior administration official said.

"There was more of a reticence in the intelligence community going after those kinds of communications and reporting them," said a former administration official who worked in the White House. "The feedback tended not to be positive."

The interpreter at Hamburg revealed the restrictions that Trump had imposed when he was approached by administration officials at the hotel where the U.S. delegation was staying, officials said.

Among the officials who asked for details from the meeting were Fiona Hill, the senior Russia adviser at the NSC, and John Heffern, who was then serving at State as the acting assistant secretary for European and Eurasian Affairs.

The State Department did not respond to a request for comment from the interpreter. Heffern, who retired from State in 2017, declined to comment.

Through a spokesman, Hill declined a request for an interview.

There are conflicting accounts of the purpose of the conversation with the interpreter, with some officials saying that Hill was among those briefed by Tillerson and that she was merely seeking more nuanced information from the interpreter.

Others said the aim was to get a more meaningful readout than the scant information furnished by Tillerson. "I recall Fiona reporting that to me," one former official said. A second former official present in Hamburg said that Tillerson "didn't offer a briefing or call the ambassador or anybody together. He didn't brief senior staff," although he "gave a readout to the press."

A similar issue arose in Helsinki, the setting for the first formal U.S.-Russia summit since Trump became president. Hill, national security adviser John Bolton and other U.S. officials took part in a preliminary meeting that included Trump, Putin and other senior Russian officials.

But Trump and Putin then met for two hours in private, accompanied only by their interpreters. Trump's interpreter, Marina Gross, could be seen emerging from the meeting with pages of notes.

Alarmed by the secrecy of Trump's meeting with Putin, several lawmakers subsequently sought to compel Gross to testify before Congress about what she witnessed. Others argued that forcing her to do so would violate the impartial role that interpreters play in diplomacy. Gross was not forced to testify. She was identified when members of Congress sought to speak with her. The interpreter in Hamburg has not been identified.

During a joint news conference with Putin afterward, Trump acknowledged discussing Syria policy and other subjects but also lashed out at the media and federal investigators, and seemed to reject the findings of U.S. intelligence agencies by saying that he was persuaded by Putin's "powerful" denial of election interference.

Previous presidents have required senior aides to attend meetings with adversaries including the Russian president largely to ensure that there are not misunderstandings and that others in the administration are able to follow up on any agreements or plans. Detailed notes that Talbot took of Clinton’s meetings with Yeltsin are among hundreds of documents declassified and released last year.

END_OF_DOCUMENT_TOKEN_TO_BE_REPLACED 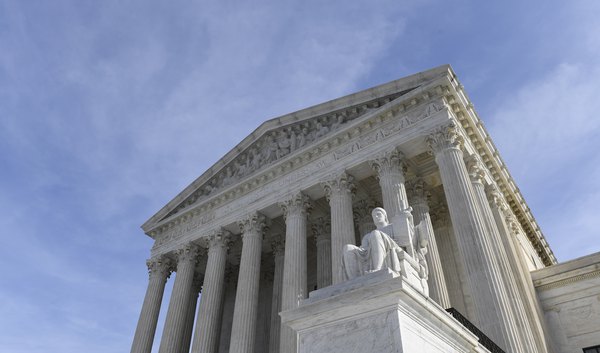 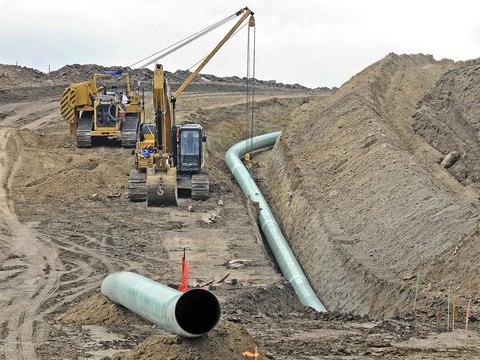 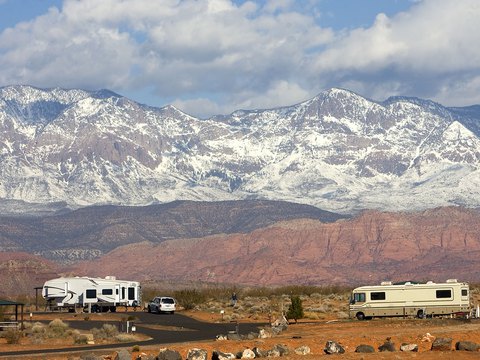