Denver • Seven Southwestern U.S. states that depend on the overtaxed Colorado River have reached landmark agreements on how to manage the waterway amid an unprecedented drought, including a commitment by California to bear part of the burden before it is legally required to do so, officials said Tuesday.

The agreements are tentative and must be approved by multiple states and agencies as well as the U.S. government. But they are seen as a milestone in the effort to preserve the river, which supports 40 million people and 6,300 square miles of farmland in the U.S. and Mexico.

"I think it's a critical step," said Pat Mulroy, former manager of the Southern Nevada Water Authority, which serves Las Vegas and other cities, and now a senior fellow at the University of Nevada-Las Vegas law school.

The agreements create a collection of drought contingency plans designed to manage and minimize the effects of declining flows in the Colorado and its tributaries. Some plans were made public Tuesday. The U.S. Bureau of Reclamation, which manages major reservoirs across the West, is expected to release others Wednesday.

A nearly two-decade-long drought has drained the river's two largest reservoirs, Lake Mead and Lake Powell, to alarmingly low levels. The Bureau of Reclamation says the chances of a shortfall in Lake Mead are 57 percent by 2020. If that happens, mandatory cutbacks would hit Arizona, Nevada and Mexico first.

The reservoir never has fallen low enough to trigger a shortage.

California agreed to soften the blow by voluntarily reducing its Colorado River use by about 6 percent if conditions are bad enough, said Jeffrey Kightlinger, general manager of the Metropolitan Water District of Southern California, a wholesaler serving 19 million people.

Kightlinger said California wanted to avoid having Congress or the U.S. Department of Interior step in and dictate a solution. "We wanted to control our own destiny and not leave things up to a political process," he said.

Even with the plans in place, the impacts will be painful for some.

"We've been letting farms know they are undoubtedly going to have to change their irrigation practices," said Paul Orme, an attorney who represents four Arizona irrigation districts in that state's internal discussions on drought planning. "Irrigate less land with less water."

Orme said farmers in the districts fear they will be affected disproportionately under the plan.

"Everyone recognizes something additional needs to be done," he said. "It's just how we get there internally is what we're trying to work out."

The two major components of the plans cover the Upper Basin, where most of the water originates as Rocky Mountain snowfall, and the Lower Basin, which consumes more of the water because it has more people and farms.

Colorado, New Mexico, Utah and Wyoming are in the Upper Basin. Arizona, California and Nevada are in the Lower Basin.

It will likely be next year before all seven states and the U.S. government approve the plans, said Karen Kwon, Colorado's assistant attorney general. Mexico agreed last year to participate in drought planning.

Reaching the agreements was a complex and delicate task because the river is not controlled by a single agency. Instead, it is governed by interstate compacts, international treaties and court rulings, known collectively as the law of the river.

Water managers have warned for months that a shortage could have catastrophic effects on agriculture and the economy of the Southwest. But the states were always expected to reach agreements on drought plans because of their history of cooperating on Colorado River issues.

"This is the way things should be done," said Ted Kowalski, who heads the Colorado River Program for the Walton Family Foundation, which has funded river restoration projects in the U.S. and Mexico.

"It's a much preferred method of solving water management decisions than litigation or politics," he said.

The Colorado River faces shortfalls for the foreseeable future because of what is called a structural deficit — the users along the river and its tributaries are legally entitled to more water than the river actually carries. That's because the original allocations, made in 1922, were based on water flows that were abnormally high.

The drought plans rolled out this week are a first step, but the states must find ways to put water back into the river, said Mulroy, the former southern Nevada utility chief.

Desalinizing seawater and recycling wastewater are possibilities, she said.

"As important as the drought contingency plan is, it's a tourniquet, it's a Band-Aid, it is not the be-all and end-all that would solve the structural deficit that exists in the river," Mulroy said.

END_OF_DOCUMENT_TOKEN_TO_BE_REPLACED 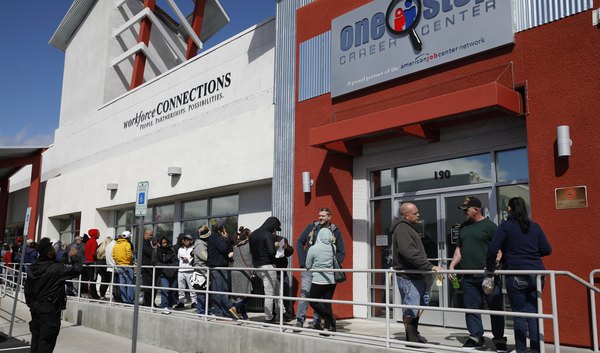 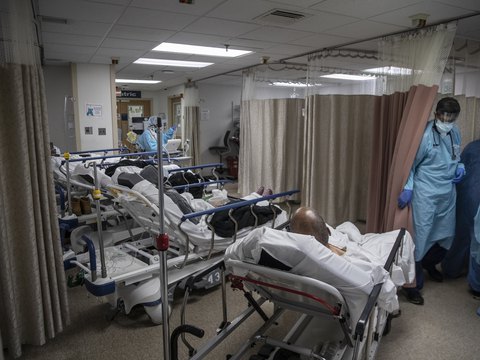 At the top of the COVID-19 curve, how do hospitals decide who gets treatment?
By Mike Baker and Sheri Fink | The New York Times • 2d ago
END_OF_DOCUMENT_TOKEN_TO_BE_REPLACED
L