Do not eat any kind of romaine lettuce, CDC warns

Public health officials are warning consumers not to eat store-bought, chopped romaine lettuce as an E. coli outbreak linked to the vegetable worsens.

Fifty-three related E. coli infections have been reported in 16 states, according to the Centers for Disease Control and Prevention.

In the past several days, 18 new cases have been added to the CDC’s investigation, including some in states where E. coli illnesses hadn’t yet been reported. Additionally, the CDC said, “nine more hospitalizations have been reported, including two people who developed a type of kidney failure called hemolytic uremic syndrome.”

The CDC said the exact source of the tainted lettuce hasn’t been identified, but that “information collected to date indicates that chopped romaine lettuce from the Yuma, Arizona, growing region could be contaminated ... and could make people sick.”

“Consumers anywhere in the United States who have store-bought chopped romaine lettuce at home, including salads and salad mixes containing chopped romaine lettuce, should not eat it and should throw it away, even if some of it was eaten and no one has gotten sick,” the CDC said. “If you do not know if the lettuce is romaine, do not eat it and throw it away.”

The health agency added: “Before purchasing romaine lettuce at a grocery store or eating it at a restaurant, confirm with the store or restaurant that it is not chopped romaine lettuce from the Yuma, Arizona, growing region. If you cannot confirm the source of the romaine lettuce, do not buy it or eat it.”

New cases were reported to the CDC in Arizona, Alaska, California, Montana and Louisiana. Previously, the E. coli reports had been centered in the Mid-Atlantic and Midwest, from Connecticut to Michigan. A 66-year-old woman in New Jersey, Louise Fraser, filed a lawsuit Tuesday in federal court against Panera Bread, after claiming she ate contaminated romaine lettuce there, which sent her to the hospital for two weeks.

Fraser’s attorney, Bill Marler, told The Washington Post on Sunday that he’d expected the number of reported illnesses nationwide to grow as officials investigate how romaine harvested from the Yuma region made it to retailers and restaurants around the country.

“This stuff went everywhere. It’s conceivable that we may be seeing the beginnings of a fairly significant outbreak,” Marler said. “They’ve linked it to Yuma, because that’s where romaine this time of year is grown. It’s unclear how it made it from Yuma. ... What we don’t know is the sort of supply chain in between.”

Romaine lettuce is sometimes packed in the fields and shipped directly to restaurants or grocery stores. Other times, Marler said, the vegetables are taken to a central processing plant, where they are packed under different brand names before they are sent to retailers. The latter situation could make identifying the specific origin of contaminated vegetables more difficult, Marler said.

Last week, Fresh Foods Manufacturing, based in Freedom, Pennsylvania, recalled 8,757 pounds of prepackaged salad products over fears that they may have been contaminated with E. coli. The recalled items were labeled “Great to Go by Market District” and were shipped to retailers in Indiana, Ohio, Pennsylvania and West Virginia.

Retailers and restaurants, such as Walmart and Del Taco, have warned customers who may have bought recalled products and removed all salad items from their locations.

Health officials said children younger than 5, seniors older than 65 and those with weak immune systems are most vulnerable.

Other products, such as flour and nut-free substitutes for peanut butter, have been at the center of E. coli outbreaks in recent years. In 2015, Chipotle Mexican Grill, a restaurant chain popular for its promise to offer high-quality and sustainably sourced food, found its reputation tarnished after 60 people from 14 states were infected with E. coli.

END_OF_DOCUMENT_TOKEN_TO_BE_REPLACED 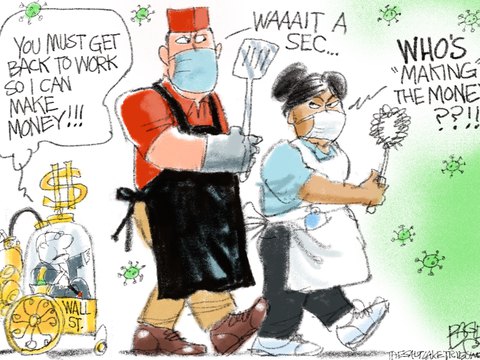