Pendley, a Colorado attorney, is the former head of the nonprofit Mountain States Legal Foundation, which has a long history of challenging federal oversight of the West’s public lands. In that role, Pendley filed petitions and declarations on behalf of Kane and Garfield counties whose leaders want to keep the Staircase monument small and to allow “multiple use” on the parts that Trump carved out.

In the meantime, however, Pendley joined the BLM on July 15 as deputy director for policy and programs, and by July 29, Interior Secretary David Bernhardt named him the BLM’s acting director under a temporary arrangement through Sept. 30, one that is not subject to Senate approval and could be extended.

Environmental activists are now crying foul because his appointment comes right when the BLM is about to adopt controversial plans for the two Utah monuments.

"We know BLM is moving forward with these plans and we have an acting director who has a direct conflict and has actively stated these monuments should be reduced and we should have development in these excluded areas," said Jayson O'Neill, spokesman for the Western Values Project. "They are pushing this forward while we have these pending cases over [Trump's] action itself."

Last December, Pendley left the Mountain State Legal Foundation, whose responsibility it is to remove Pendley as attorney of record, according to Interior spokesman Russell Newell.

“We understand that it has or is in the process of doing so," Newell wrote in an e-mail. "Mr. Pendley has been recused from all particular matters related to Mountain State Legal Foundation, including those associated with Grand Staircase-Escalante and Bears Ears.”

Mountain States has withdrawn Pendley from one of two lawsuits associated with the Staircase reduction, according to court records, but his name still appears at the top of the docket in the other case. That case, filed by Grand Staircase Escalante Partners, contains no filing concerning Pendley’s status.

Under Trump’s ethics order signed shortly after he took office, O’Neill argued, Pendley would be obligated to refrain from participating in charting the monuments’ future given his recent legal work to ensure their reductions stick.

A key provision of the president’s ethic pledge for members of his administration reads: “I will not for a period of 2 years from the date of my appointment participate in any particular matter involving specific parties that is directly and substantially related to my former employer or former clients, including regulations and contracts.”

The BLM released final environmental impact statements on plans for both monuments in the past few weeks with final decisions expected soon. Environmental groups slammed these proposed plans, hinting they will take the Interior Department to court to block them until at least there’s a resolution to their lawsuits seeking to restore the monuments’ original boundaries.

In his filing for Garfield and Kane counties, Pendley wrote that the Staircase monument's prohibition on mining has hamstrung economic development.

“The designation of the Grand Staircase-Escalante National Monument has injured the local county governments and the small, rural communities they serve in multiple ways, both economically and culturally,” he wrote. “As local governments whose jurisdictions are almost entirely made up of land administered by federal agencies, much of the economic activity — and therefore the revenue such activity generates — within Kane and Garfield counties depends on the ability to access and make productive use of that federal land.”

Last year, Pendley filed a similar motion on behalf of San Juan County, which has since undergone a change in political leadership that now favors restoring the Bears Ears monument. The new Navajo majority on its County Commission has decided to withdraw the motion and terminate Mountain States’ legal services.

But the Kane and Garfield motion remains pending before Washington, D.C.-based U.S. District Judge Tanya Chutkan. There is no indication in the court docket that Pendley has withdrawn from the case.

The BLM oversees about 250 million acres of public land, as well as the minerals under all federal lands.

Pendley’s elevation to the BLM’s acting director comes just as the BLM is weighing whether to adopt controversial new management plans for the reduced monuments and for the 900,000 acres excluded from Grand Staircase. The timing of Pendley’s appointment raises red flags for The Wilderness Society, one of the groups suing to restore Grand Staircase.

“He should be nowhere near the plans for the Grand Staircase-Escalante National Monument and the areas that were illegally revoked by the president,” said Phil Hanceford, the society’s director of agency policy and planning.

Hanceford contends Pendley faces a similar conflict regarding Montana's Badger-Two Medicine region where numerous groups are seeking to block drilling proposals in the mountainous lands valued for wildlife and wilderness.

“That’s an area important to the Blackfeet Nation and one that William Perry Pendley has fought to drill, even though the Interior Department withdrew those leases,” Hanceford said. The society has called on Pendley to recuse himself, but it has gotten no response.

Correction • Sept. 1, 2019, 4:25 p.m.: Mountain States Legal Foundation has withdrawn BLM Acting Director William Perry Pendley from one of two lawsuits associated with the Grand Staircase reduction, according to court records, but his name still appears at the top of the docket in the other case. An earlier version of this story cited Pendley as attorney of record on both cases.

END_OF_DOCUMENT_TOKEN_TO_BE_REPLACED 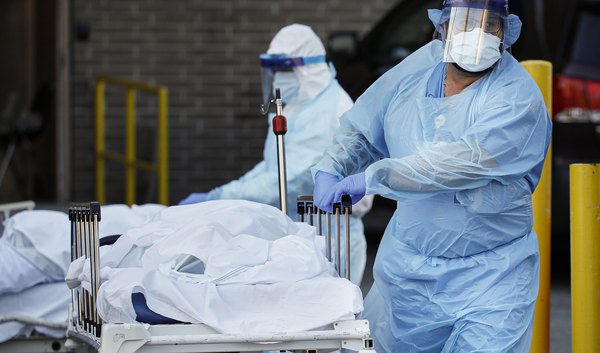 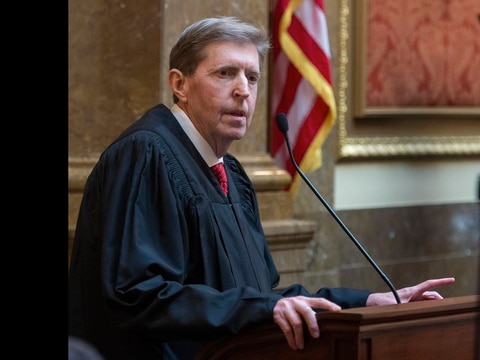 RSL to reduce staff, cut salary of executives
By Alex Vejar • 12m ago

UDOT unveils its Top 10 highway projects among $3.3B in contracts
By Lee Davidson • 25m ago