Kirk Richards, a Utah artist known for his religious paintings, moved to a new hillside subdivision to draw inspiration from the mountains and forests out his back door.

After eight years in the Woodland Hills home, he and his family still find solace in those steep surroundings, but in the past year they have become a menace, threatening to release forces of nature that could obliterate neighborhoods in minutes.

First, the threat was fire; now, it’s earth mixed with water. The steep canyons above Woodland Hills and the neighboring town of Elk Ridge were so badly burned in last summer’s Bald Mountain Fire that they are primed to slide if doused with enough rain.

The Richards have gotten used to being evacuated.

“During the fires, we were out for 10 days,” said Richards, who lives and paints in the home he shares with his wife and four kids, ages 10 to 18. “With the rainstorms that followed, we evacuated a second time. That was disruptive to our lives.”

Officials with the two Utah County towns are scrambling to secure federal grants and acquire property to engineer solutions to the threat of debris flows, but that won’t happen before this year’s monsoon season, now in full swing.

“We will be relieved when a more permanent structure is put in place, for our safety, the beauty of the neighborhood and our ability to use the property and driveway,” said Richards, whose home is protected with sandbags and concrete barricades. “We are in limbo until something like that is put in place.”

An Aug. 8 thunderstorm dropped enough rain on the east side of the Loafer Mountain to bury parts of Birdseye under 4 feet of mud, but Woodland Hills and Elk Ridge got lucky, according to Brian McInerney, a hydrologist with the National Weather Service.

The slower pace of rain on the north side triggered only modest floodwaters in Loafer Canyon, where some homes were damaged, providing a mild taste of what could happen.

“The potential danger for mudflows after the fire, from the burn scar, will stay about the same for five years,” Pray said. “Part of the concern is that it’s hard for people to stay vigilant for that long. There is certainly danger to property from some of these mudflows. Some of them are big, fast. They’re moving boulders and trees and that concerns me because the mouth of our burn scar comes right down at homes.

“I’m concerned,” she said bluntly, “about loss of life.”

The plights of Woodland Hills (population 1,500) and Elk Ridge (population 3,800) raise questions about the wisdom of building homes in areas prone to fires and geological hazards. Across the country and especially on the coasts, the federal government is asked to help mitigate risks after hazardous places are developed.

The two towns, whose pricey homes are part of Utah County’s suburban residential building boom, narrowly dodged destruction in September, when flames roared down Loafer Canyon and threatened to consume hillside subdivisions. A freak late-season wind event whipped up the seemingly innocuous Pole Creek and Bald Mountain blazes into fast-moving frenzies that merged and blackened some 120,000 acres of the Uinta-Wasatch-Cache National Forest.

But now a kind of Sword of Damocles dangles over this community, poised to unleash tons of muddy debris from Loafer and other steep canyons. About half an inch of rain in 30 minutes would do the trick, according to McInerney.

“The biggest thing those [residents] can do is be aware of thunderstorm activity over the burn areas,” McInerney said. “Sandbagging will only help with minor amounts of rain. If it’s a full-blown flow, it’s time to hit the road. Put the kids in the car to get some ice cream or visit your sister for a while.”

During Utah’s monsoon season, July through October, the kinds of rain that would trigger flows from these charred areas are hardly unusual, so it’s more a matter of when and how much debris comes down — not if.

“It packs speed, it picks up rocks and heavy material. You’ve got a slurry of rock and mud coming down that hillside,” McInerney said. “It frightens me how little room there is and the number of homes there are. There’s not a lot of space between homes and where it starts getting flat. It’s a straight shot out of the mountains into neighborhoods.”

“It’s an excellent partnership between the state and the National Weather Service,” McInerney said. “It’s saved lives since 2012 when this program started” in the wake of Utah’s worst fire season in years.

The most concerning hazard associated with last year’s fires is near the mouth of Loafer Canyon, which could deliver a flow right through parts of Elk Ridge. During the Aug. 8 storm, that canyon recorded nearly a half-inch of rain in 25 minutes, right at the threshold that would trigger dangerous flows, McInerney said.

“That produced some small flows,” he added. “There was basement flooding and people stranded.”

Elsewhere in the central Wasatch, the storm mobilized mudslides onto highways in Little Cottonwood Canyon and Birdseye.

Just east of Loafer, the canyon above the Richards’ home is much smaller with a 212-acre patch that could feed a debris flow, according to Woodland Hills’ public works director, Corbett Stephens. Still, it could shoot 25 acre-feet of mud, rock and woody debris down that canyon and across Eagle Nest Drive, Stephens told the City Council at its July 30 meeting. That’s about 40,000 tons of material, equivalent to the contents of four 100-car freight trains.

With the help of Utah County, the town is seeking $3.2 million worth of grants with the Federal Emergency Management Agency and the Natural Resources Conservation Service. These funds — which would be used to dig and install structures into the ground to slow, divert or capture debris flows — would require a $600,000 match from the small town.

Utah lawmakers appropriated money for the town to acquire property for retention basins. To that end, Woodland Hills has reached deals on two empty lots neighboring the Richards home. According to Pray, the owners are walking away from plans to build homes on them.

Actual construction of these protection projections would be funded by the federal grants. Part of the plan could be to build a series of heavy-duty fences across the canyon.

“They would be anchored into the rock and designed to withstand the force of a debris flow,” Stephens said. “Once it’s filled, it becomes a check dam. We go as far up the gully as we can.”

The idea would be to catch the solid material, allowing water to run out into the retention basins, Pray explained. These basins would be cleaned out regularly, while the material captured behind the fences would remain on the mountain.

However, officials cautioned, such fixes come with no guarantees.

“The engineering will take care of small flows, but for a big one, it will just be a speed bump,” McInerney said. “People need to be aware it will still be incredibly dangerous for the next three years.”

With no plans to move, the Richards family will remain vigilant. The artist and his loved ones have moved their most prized possessions and artwork upstairs, and Richards works on major commissioned pieces away from his home studio.

“Our plan is to watch the weather carefully and be prepared to leave,” said Richards, who grew up in nearby Provo. “When we evacuate, we take only the most essential things, and we would stay with family.”

And, nature willing, the Richards would return to an intact home.

“One of the reasons we came was the mountains, the trees, the beauty of the location. Is it worth it?” Richards mused. “We’ve had eight wonderful years. I have no regrets. Hopefully, I can stay and be inspired by the mountains.”

END_OF_DOCUMENT_TOKEN_TO_BE_REPLACED

Utah’s coronavirus testing is down. How can we make it simpler and more effective?
By Andy Larsen • 9h ago
END_OF_DOCUMENT_TOKEN_TO_BE_REPLACED
L

END_OF_DOCUMENT_TOKEN_TO_BE_REPLACED 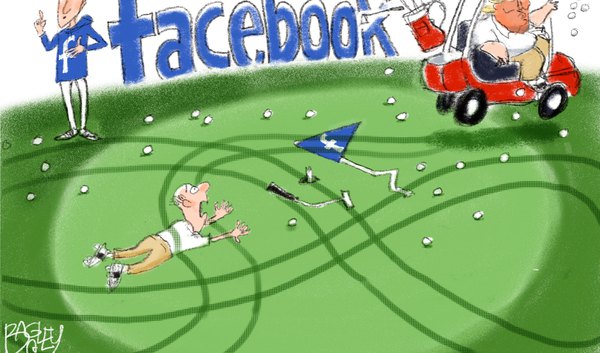