The beetle-devastated spruce stands of Utah’s Wasatch Plateau will get an extreme makeover under a 15-year plan developed by the U.S. Forest Service that is expected to result in the largest logging project the state has seen in years.

Since 2000, bark-boring beetles have killed nearly 90% of the Engelmann spruce on the plateau separating Sanpete and Emery counties, according to Ryan Nehl, supervisor of the Manti-La Sal National Forest. Other areas have become overrun with subalpine fir, crowding out aspen.

The result is a degraded, fire-prone forest ecosystem that Nehl hopes to return to health through a landscape-level program of salvage logging, thinning, prescribed burns and reseeding in a 171,000-acre project area along the crest of the Wasatch Plateau.

“By removing these dead spruce, we can improve vital community watersheds and reduce the threat of uncharacteristic wildfire,” Nehl said Monday. “The forest and local businesses have had great success harvesting and utilizing dead spruce from other timber sales over the last 10 years.”

The forest last week released an environmental assessment on the project, opening a comment period that runs through June 27.

Currently spruce occupies 5% of this forest, while fir makes up 85%. The Forest Service’s goal is get that species mix to the 60%-30% range favoring spruce, but it could take decades. Nehl also wants to see aspen stands revitalized because of their importance to watershed health and wildlife and their ability to slow big fires.

“While this project is couched as a timber sale, it’s primarily a hazardous fuels-reduction project to try to stem the risk of uncharacteristic wildfire. It’s overstocked right now,” Nehl said. “Another primary purpose of this is to reduce risk to communities and firefighters, particularly culinary and irrigation water supplies, as well as water supply to the [Huntington Power] Plant.”

His plan is to first remove 50% to 60% of the dead spruce on about 30,000 high-elevation acres. Timing is crucial because this wood loses its commercial value through the years and much of this timber already has been dead for up to two decades. Low-value wood can be processed into firewood and bedding material used by turkey growers.

“I’ve gotten interest from other industry folks that are new to the area,” Nehl said. “The scale of this project will give certainty of supply where they feel that they can invest.”

The plan calls for targeting dead trees larger than 8 inches in diameter and leaving all living spruce except those that needed to be removed to cut skid trails and access roads. Some dead trees will be left behind to improve wildlife habitat.

Astronauts may be landing in Utah’s West Desert later this year as U.S. prepares to resume spaceflights

Yes, it has rained a lot. Spring 2019 is the second wettest on record in Salt Lake City.

The Forest Service expects to issue the project’s first timber sale for Black Canyon later this year, followed by Reeder Canyon. Both are in the northern part of the plateau. The Black Canyon sale will cover 4,670 acres and yield 50 million to 60 million board feet, according to Nehl.

The removal of this deadwood is expected to open up plenty of terrain for snowmobiling and lead to a doubling or tripling of recreational traffic, according to the environmental assessment.

Sanpete County leaders are pleased with the project because it promises to buttress timber jobs at the county’s two mills and reduce the risk of catastrophic fires, according to County Commission Chairman Scott Bartholomew.

“It means a big boon for us because there is enough wood on that cut to keep us in business for 20 years,” said Brett Belnap, sales manager of Satterwhite Log Homes in Gunnison. This mill employs 17 and can process up to 7 million board feet a year. He noted recent Utah megablazes, such as the 2017 Brian Head Fire, torched volumes of wood that could sustain his mill’s operations for up 150 years.

“We would rather have it in a sawmill,” Belnap said, “and turn it into logs for beautiful homes.”

After the logging begins, project managers will then target sapling-size fir, which they will have to pay loggers to cut, on about 5,000 acres. The goal is to dramatically reduce the densities of overgrown stands, then replant with conifer seedlings, leaving 66-foot buffers around any living aspen trees.

Nehl anticipates aspen to regenerate on 20% to 49% of these specific treatment areas.

Prescribed burning would occur on 1,600 acres, or less than 1% of the project area.

Restoration projects of similar scope are underway in other Utah forests, most notably in the Uinta Mountains, where beetles have left miles of standing dead lodgepole pine, and Monroe Mountain, choked with subalpine fir.

In an effort to revive aspen ecosystems, Fishlake National Forest has been gradually removing fir, which holds no commercial value, from Monroe Mountain through mechanical treatments and burning, according to spokesman John Zapell.

The Forest Service has approved nearly 1 million acres for such restoration projects in Utah, but most of these cannot pay for themselves and funding is scarce.

END_OF_DOCUMENT_TOKEN_TO_BE_REPLACED
The Wave, Salt Lake City workspace for women, is closing its doors
By Erin Alberty • 5h ago

Trial for the last Washakie fraud defendant begins this week: Here’s what you need to know
By Nate Carlisle • 9h ago
END_OF_DOCUMENT_TOKEN_TO_BE_REPLACED
L 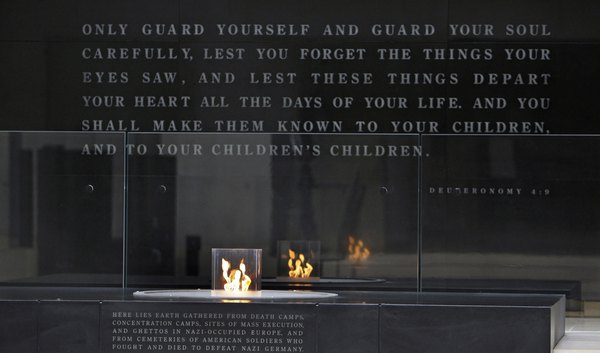 Eric Hubner: In praise of those who bear witness
By Eric Hubner | Special to The Tribune • 21m ago