Under a new draft water-conservation plan, Utah’s per-capita municipal water use would decline by 0.5 percent a year, seen as a low bar by some, given the state’s reputation as a profligate water user and the robust conservation gains achieved in the sprawling cities of other Southwestern states.

Even such modest gains could cost up to $3.2 billion overall by 2030, considering the price tag for, among other measures, replacing water-guzzling appliances and sprinklers and installing meters.

So says the draft plan the Utah Division of Water Resources shared with water districts and other “stakeholders." The state expects to publicly release the plan, prepared by outside consultants, in the next few weeks, opening a 30-day comment period.

Zach Frankel, executive director of the Utah Rivers Council, isn’t waiting for that public release to pan it.

“The division is proposing to reduce water conservation by 50 percent,” he said. “The plan is gibberish. The division’s data sets are contradictory. They’re hollow and built on lip service.”

Division officials defended the plan, pointing out that they have improved the quality of water-use data in recent years and arguing it is unfair to compare Utah’s conservation goals with other states because of differences in the way water use is calculated and differing attitudes about such use.

“We recognize its importance. At the end of the day, it’s changing hearts and minds. When you have a society that likes to irrigate and likes their green lawns, it’s hard to tell them they can’t,” said Candice Hasenyager, the Division of Water Resources’ assistant director for planning. “It’s not going to happen overnight. The quicker we can make the transition, the better and cheaper in the long run.”

Frankel, however, insisted the new report could undermine true conservation by setting the state’s sites too low, and it could ultimately be used to shoot down meaningful reform and justify costly water projects.

The Legislature mandated the plan in the wake of an audit three years ago that determined the division has not adequately estimated water use and potential water sources, even as the state prepares to spend billions on water development projects. Officials say proposals like the Lake Powell pipeline and the Bear River diversions are needed to accommodate Utah’s rapid growth.

At a legislative appropriations subcommittee hearing Monday, Rep. Karen Kwan, D-Murray, challenged the division director Eric Millis on what she said appeared to be the state’s low conservation goals.

“We are actually in the process of working with consultants and stakeholders to come up with regional goals that are more aggressive than in the past,” Millis responded. The draft plan specifies different goals for nine regions in the state, reflecting their different watering practices, climates, demographics, water sources and other factors.

“We understand Utah’s water resources are finite,” Millis said. “Our desire is to ensure that the water is available to meet our needs for our growing population, and we also encourage the protection of other uses and values that this water sustains.”

According to the division’s past estimates, Utah’s per-capita water use was already as low as 245 gallons back in 2004. Has the state accomplished next to nothing toward reducing municipal water use in the 15 years since?

The answer is complicated, according to division officials, because the methodology for estimating water use has changed and what is counted toward water consumption has grown. For instance, Salt Lake City residents’ use of untreated “secondary” water, seen running along gutters on sunny summer days in the Sugar House neighborhood, was not previously counted, according to Hasenyager. Now it is.

Under the draft plan, Utahns’ water use would decline to 203 gallons by 2030, although the target would differ by region, ranging from 187 gallons for the Salt Lake City metro area to 329 gallons for the central Utah region drained by the Sevier River.

Metro areas in Arizona, New Mexico and Colorado already have reduced per-capita daily use to less than 170 gallons, the amount envisioned in a new Utah bill, HB143, that would require water districts to study the cost of reducing water use to that level.

END_OF_DOCUMENT_TOKEN_TO_BE_REPLACED

Family’s home goes up in flames in wildfire near St. George
By Sean P. Means • 4h ago

Utah nursing homes keep having coronavirus outbreaks. Industry groups warn it will get worse.
By Nate Carlisle • 5h ago

END_OF_DOCUMENT_TOKEN_TO_BE_REPLACED
Winds kick up fires around Utah; again illegal fireworks are a culprit
By Brian Maffly • 18m ago 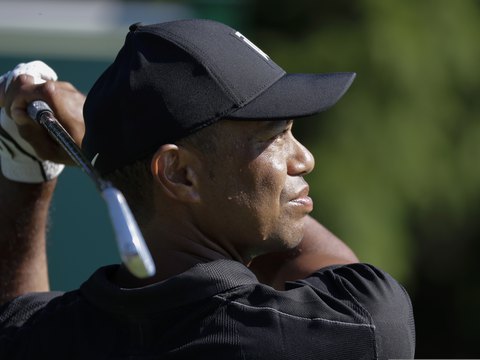