Lake Powell pipeline will have to jump through more federal hoops

Utah water officials will have to wade through a multitude of federal agencies to secure permits for the proposed Lake Powell pipeline, potentially setting back approval for the controversial project.

Even though the pipeline’s entire purpose is moving 86,000 acre-feet of water to growing Washington and Kane counties, proponents wanted permitting to be handled primarily by the Federal Energy Regulatory Commission, or FERC.

But on Thursday, the commission ruled that it has jurisdiction only on the hydropower stations along the pipeline’s downhill run and related transmission facilities. This ruling will bring in greater oversight from three federal land agencies — the Bureau of Land Management, the Bureau of Reclamation and the National Park Service.

The pipeline’s critics characterized the decision as a “major blow” for the project.

The Utah Rivers Council argued the state has “squandered” $37 million on the pipeline proposal over the past eight years, including its submission of a 6,000-page application to FERC and scoping under the National Environmental Policy Act, or NEPA.

“The Utah Division of Water Resources will now be required to restart the pipeline permitting process with another government agency,” the council wrote in an update to its supporters. “The Lake Powell pipeline is on its knees — now is the time to put this boondoggle to rest once and for all.”

State officials disputed this interpretation, instead pointing out that the decision allows the permitting process to move forward. That process stalled last year when FERC raised doubts about its jurisdictional reach.

“This gives us clarity as to which agency has jurisdiction over which part. FERC is still the lead agency for NEPA," said Josh Palmer, spokesman for the Utah Division of Water Resources. “They will still be gathering the documentation and issuing a record of decision.”

He said it is too early to tell if the ruling will pose a setback to the project or require additional work as the state engages the BLM and other relevant agencies that have signed a memorandum of understanding that commits them to participating in an environmental review led by FERC. Officials hope to have a decision in hand by summer 2020.

In January, Utah’s congressional delegation sent FERC a letter insisting its unwillingness to accept jurisdiction over the entire project was “legally and factually unjustified” and “prejudices” Utah’s interests.

“FERC’s indecision at this late point in the process is without precedent and is distressing to the many stakeholders that have invested substantial time and resources into this project,” the delegation wrote.

The Utah Rivers Council and other groups have long attacked the project’s financing as a shell game aimed at hiding taxpayer subsidies. They say the project’s true tab will total $3 billion.

The state estimates the cost will run between $1.3 billion and $1.8 billion. Palmer said the hydro components represent about 30 percent of the costs, depending on the pipeline’s alignment.

The project envisions four small inline hydroelectric turbines, each with a capacity of 1 to 1.7 megawatts, a 35-megawatt flow-through peaking project at Hurricane Cliffs and a 5-megawatt generating facility at the Sand Hollow Reservoir, the pipeline’s terminus near St. George. A future phase of the Hurricane Cliffs station would add a 300-megawatt pumped-storage project.

The pipeline’s intake near Glen Canyon Dam sits at 3,735 feet above sea level. The water would be pumped up nearly 2,000 vertical feet over the line’s first 50 miles, then drop 2,600 vertical feet during the 89-mile run to Sand Hollow, according to Joel Williams, assistant director of the Division of Water Resources. In the short term, power sales would be used to offset pumping costs.

These components cover a tiny fraction of the pipeline’s 140-mile footprint. The state argued FERC holds permitting jurisdiction over the entire 89-mile downhill portion of the pipeline, and, in a dissenting opinion, Commissioner Neil Chatterjee agreed.

“This section of pipeline serves as a necessary penstock," he wrote, “which enables the operation of the generation facilities.”

But the majority found it inappropriate for the commission to take full jurisdiction over a project whose primary purpose is moving water. It feared project proponents could harness the commission’s authority to build infrastructure unrelated to power generation and even take advantage of the eminent domain authority a FERC license provides.

“The commission leaves to other state and federal authorities decisions regarding the purpose of and need for the water delivery project, the preferred route for the pipeline, and its cost and financial feasibility,” the majority wrote, “matters that are far removed from the limited purpose of the hydroelectric power developments to be located in and along the pipeline.”

FERC’s decision comes at a crucial moment for water users that depend on the drought-stressed Colorado River Basin. The Bureau of Reclamation, which operates the dams that hold back Lake Powell and Lake Mead, has declared a 90 percent likelihood that the shrinking Lake Mead will reach such a low level that a shortage will be declared next year.

In response, an Arizona county located between Phoenix and Tucson is seeking to intervene in the pipeline permit process. Pinal County heavily depends on deliveries from Mead and could face severe economic consequences if they are cut off, according to a motion submitted to FERC on Sept. 7

“Pinal County is concerned," wrote Deputy County Attorney Kevin Costello, “that large diversion of water from Lake Powell, such as the one being considered here, could cause or contribute to water level decline in Lake Mead, which will lead to water curtailments to Pinal County farmers and other water user sooner than they would otherwise occur.”

END_OF_DOCUMENT_TOKEN_TO_BE_REPLACED

Utah’s FanX convention is axed for 2020, because of COVID-19
By Sean P. Means • 8h ago
END_OF_DOCUMENT_TOKEN_TO_BE_REPLACED
L

END_OF_DOCUMENT_TOKEN_TO_BE_REPLACED 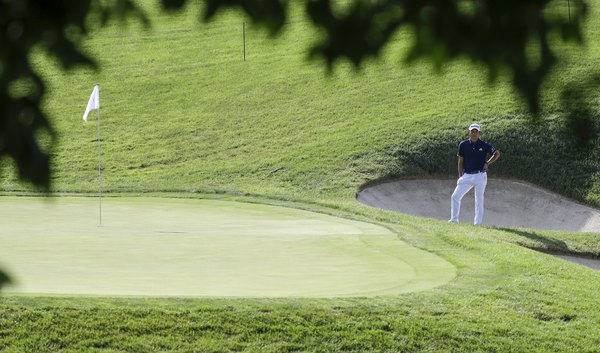 Utah Jazz are pleased with how their ‘bubble’ stay is going, with playbook IQ and restaurant takeout now proven
By Eric Walden • 2h ago
END_OF_DOCUMENT_TOKEN_TO_BE_REPLACED