There could be eight times more coal mining near Bryce Canyon National Park under a revised leasing plan from the Trump administration’s Bureau of Land Management.

In the face of fierce opposition from environmental groups, Utah-based Alton Coal Development has long sought to lease 3,600 acres to mine nearly 45 million tons of coal near its existing Coal Hollow Mine in Kane County.

On Thursday, the BLM released a final environmental impact statement (EIS) endorsing the proposed lease, though the agency points to a scaled-back plan to extract 30.8 million tons as the preferred alternative.

The move cheered Kane County officials, who are eager to see expanded mining of their region’s rich, though largely untapped, coal deposits. The coal company’s existing reserves on private land are nearly mined out, and the federal Alton Coal Tract is seen as vital to its continued operations.

“We appreciate the review process of the BLM office to study and effectively determine responsible and safe mining operations to sustainably expand into federal lands,” Kane County Commissioner Dirk Clayson said in a news release. “In our experience, Alton has done a good job with operations and reclamation activities and is a super good example of managing responsible operations.”

For years, the Sierra Club, National Parks Conservation Association and other groups have fought the lease proposal and the mine, which began extracting coal on private land just outside the bucolic town of Alton in 2010. They argue expanded strip mining there would impair southern Utah’s Bryce Canyon National Park, eight miles to the east, and degrade important sage grouse habitat.

“To increase the scale and size of [coal mining at Alton] is a mind-boggling,” said David Nimkin, NPCA’s Southwest regional director. “The impact of coal trucks running through a highly dense and special tourist corridor on U.S. Highway 89 and [State Route] 20 [over the Tushar Mountains] and through Panguitch is certainly problematic.”

Equally alarming are impacts to the visitor experience at Bryce, where clear views and natural sounds are critical draws.

During an earlier phase of the lease analysis under the Obama administration, both the National Park Service and the U.S. Fish and Wildlife Service raised such concerns, prompting the BLM to conduct a protracted “supplemental” EIS.

“I’m unclear how [the BLM] would address issues related to night-sky impacts, ambient light, air pollution, soundscape impacts for operations running 24–7, 365 days a year,” said Nimkin, who had not had a chance to dig into the massive document Thursday.

Added Taylor McKinnon of the Center for Biological Diversity: “Coal is on its economic deathbed, and this plan is just stringing communities along. It’s hard to imagine a worse use of BLM’s time than trying to prop up a dying industry whose climate pollution will only worsen the Colorado River Basin’s water future.”

The BLM is expected to issue a final decision after 30 days. Alton would be the second major federal coal tract leased in Utah since the 2017 inauguration of President Donald Trump, who has made the revival of the U.S. coal industry and “American energy dominance” centerpieces of his admininstration’s agenda.

Under the proposal, the Alton tract would have a single, 120-acre pit in operation at any one time, and an additional 120 acres in some stage of reclamation during the life of the mine.

At full production, according to the EIS, the expanded mine would yield 2 million tons a year, employing 100 at the mine and another 60 truckers. That level would far outpace Alton’s past production, which has averaged around 250,000 tons a year with a workforce of 20 to 25 miners.

While the tract’s coal is all federally owned, nearly 1,300 acres of the surface, or about 36 percent of the total patch, is privately owned by eight landowners.

A critical issue regarding how much coal could be mined hinges on whether it could be dug from the surface, which allows for 90 percent recovery, versus underground, which leaves as much as half behind, according to the EIS. As a rule of thumb, deposits within 200 feet of the surface would be strip-mined and the “overburden” would be stored for later return to the pit to reclaim the mine area.

It appears the BLM’s preferred alternative calls for reduced surface disturbance to avoid habitat used by greater sage grouse, a ground-nesting bird that is the subject of a costly conservation effort aimed at keeping it off the endangered list. Alton marks the southern-most part of the bird’s range and is home to an important population.

A BLM news release issued Thursday did not mention sage grouse conservation, but it did emphasize how stepped-up coal mining would boost Kane County’s rural economy. Indirectly, the mine expansion would swell employment by 240 to 480 jobs, including fuel providers, and positions in maintenance, grocery stores and retail stores.

The jobs and revenue potentially generated by the larger mine are dwarfed by the ever-increasing jobs associated with Bryce, Nimkin said. According to National Park Service data, Bryce supported 3,120 jobs last year.

Rural county officials prefer the types of jobs associated with resource extraction to those in the tourism sector, which are often seasonal and lower paying.

“Alton Coal provides family-sustaining wage jobs that are needed in our county and has provided some 30 jobs to date with the ability to expand as well as the additional indirect trucking jobs,” Clayson said. “This plays a vital role in our economy.”

Half the royalties and lease payments arising from the federal tract would go to the state, which would disperse this revenue to local governments around Utah.

END_OF_DOCUMENT_TOKEN_TO_BE_REPLACED

Groundbreaking for LDS Church’s Layton Temple is set for May 30
By Sean P. Means • 5h ago

Utah man charged with murdering his grandfather, then setting the body on fire
By Scott D. Pierce • 8h ago 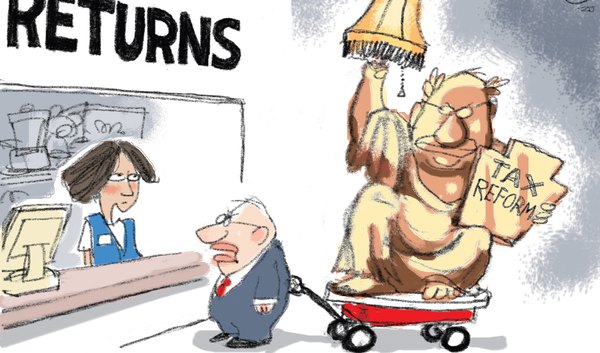 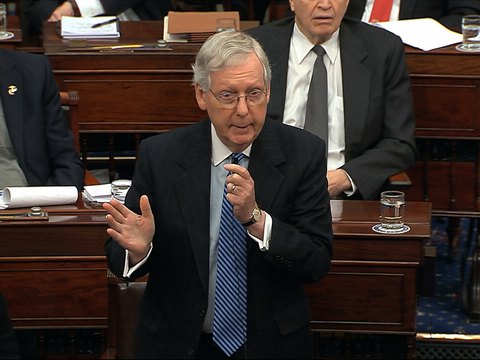 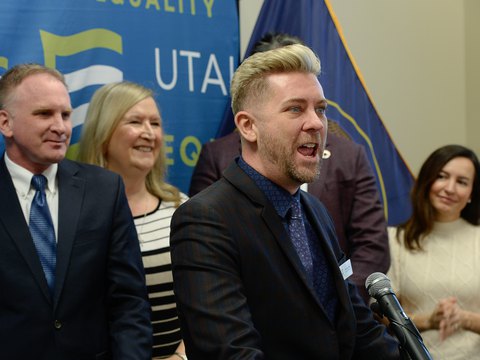