While a slight majority of Utahns believes the new 1.3 million-acre Bears Ears National Monument is too big, they oppose by a 2-to-1 margin breaking the bigger and more-established Grand Staircase-Escalante into smaller monuments.

Those findings, from new polling commissioned by The Salt Lake Tribune and the University of Utah’s Hinckley Institute of Politics, suggest Utah voters are not completely aligned with state leaders, who uniformly want those monuments erased or reduced. Female and young voters were notably more likely to endorse the large size of these two monuments, the poll found.

Bears Ears and Grand Staircase are at the center of Interior Secretary Ryan Zinke’s evaluation of all large monument designations under the Antiquities Act since 1996. Previous polling found Utahns more narrowly divided over Bears Ears’ size, with a slight majority favoring a reduction.

According to a leaked memo to the White House, Zinke is recommending reductions to these and two other Western monuments. Interior has declined to release specific recommendations, but Utah Gov. Gary Herbert said he anticipates President Donald Trump will order the Staircase shrunk into a few small monuments.

During the monument review, state leaders submitted maps showing a redrawn Bears Ears that zeroed in on the monument’s namesake twin buttes, Arch and Mule canyons and Butler Wash, an area covering only about 120,000 acres.

Dan Jones & Associates surveyed 605 registered Utah voters between Oct. 10 and 13 for the results, which have a margin of error of plus or minus 4 percentage points. Just over half of respondents agree with state leaders that the Bears Ears monument is too big, the poll found, while 37 disagreed and 12 percent said they didn’t know.

Women voters were evenly split on the question, while men were far more likely to say Bears Ears is too big, as were people over age 45, those whose politics leaned to the right and active members of The Church of Jesus Christ of Latter-day Saints.

On the Grand Staircase, poll sentiments diverged widely from elected leaders’ hope that the monument will be broken up.

Barely a quarter (27 percent) of those surveyed said this monument — designated by then-President Bill Clinton under great controversy in 1996 — should be broken into smaller monuments. Nearly twice as many, or 53 percent, said the monument should not be broken up, and 19 percent didn’t have an opinion.

END_OF_DOCUMENT_TOKEN_TO_BE_REPLACED 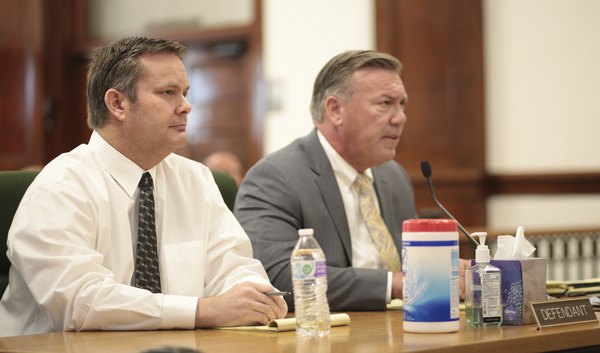 Judge orders trial tied to discovery of missing Idaho kids’ bodies
By Keith Ridler | The Associated Press • 11h ago
Person who died after shooting and injuring West Jordan cop identified as a 17-year-old
By Sean P. Means • 15h ago

New York nurses arrive in Utah, to ‘give back’ for the help they got in the early days of COVID-19
By Sean P. Means • 15h ago
END_OF_DOCUMENT_TOKEN_TO_BE_REPLACED
L

END_OF_DOCUMENT_TOKEN_TO_BE_REPLACED 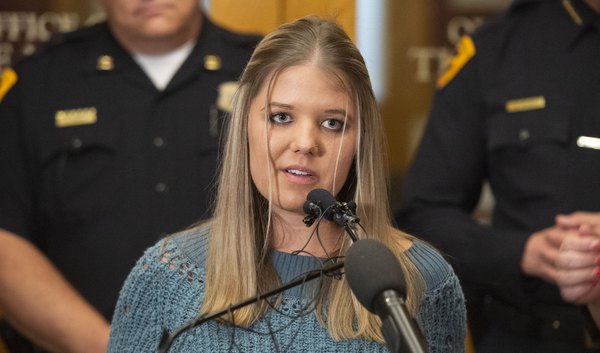 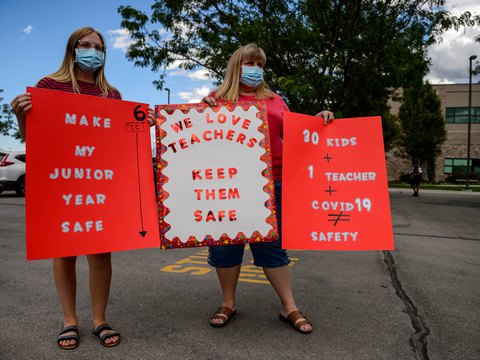 Letter: A list of substitutes
By Alan C. Anderson | The Public Forum • 54m ago

Letter: A ‘modified’ quarantine is no quarantine
By Elizabeth Pimentel | The Public Forum • 54m ago
END_OF_DOCUMENT_TOKEN_TO_BE_REPLACED