The state breaks with its prior stance that feds should sell oil and gas leases on parcels proposed for development.

Gov. Gary Herbert is asking federal land managers to "re-evaluate" three parcels proposed for oil and gas leasing at the doorstep of Dinosaur National Monument, saying that drilling could degrade the site for visitors.

The parcels are among 79 managed by the Bureau of Land Management's Vernal and Price field offices and slated to be sold at an online auction Dec. 11. The agency's push to lease public lands close to Dinosaur — and others near Utah's San Rafael Swell, Zion National Park and Bears Ears National Monument — has sparked a national outcry.

"The state wishes to ensure leasing of these parcels does not impact visual resources or cause light or sound disturbances within [Dinosaur] National Monument," Herbert wrote in comments submitted Tuesday as part of an environmental assessment by the BLM.

Although the leases in question are already saddled with various conditions that "could sufficiently mitigate impacts from oil and gas drilling," the governor is urging the BLM to conduct additional review to "ensure energy developments can successfully coexist with outdoor recreation."

The Republican governor's comments mark a departure from the state's previous stance, which demanded the BLM sell leases on all parcels proposed for leasing and ease drilling stipulations.

"We like to see the revenue generated by the extractive industry. But on two of the parcels, right next to the monument, there is some concern," said state GOP Rep. Scott Chew, who lives nearby in Jensen. "I know the residents are eager to get back to work and want to protect the monument, too."

The National Parks Conservation Association went much further, calling on the BLM to defer leasing on three abutting parcels, plus another three close to the park. Three of the sites nearly overlap the park's entrance and the Green River and can be seen from the visitor center and the Carnegie Fossil Quarry.

"Industrial scale development will impact the local community and visitor experience in and around the monument by increasing nighttime skyglow, impairing scenic views, increasing heavy equipment traffic on the primary entrance road into the park, elevating ambient noise levels and diminishing water and air quality," association officials Cory MacNulty and Jerry Otero wrote in comments to the BLM.

The area west and south of Dinosaur is the subject of a proposed "master leasing plan," initiated by the BLM during President Barack Obama's tenure in the White House.

The agency previously declined to lease within several of these areas, but under new pro-energy leadership, the BLM is now moving forward on leases without the benefit of finalized master lease plans.

Energy industry trade groups applaud the move because they see those leasing plans as unnecessary impediment to development.

But leasing in recreational areas without such plans in place could be "a huge mistake," according to Obama-era Interior Secretary Sally Jewell, who left office in January. Master leasing plans, Jewell said, provide more legal certainty to the extractive industry in ventures on BLM land.

"If I'm going to build out an oil field or lay out a pipeline, I want to make sure I don't get tied up in court with environmental groups or others who are challenging this because a lot of that work has been done in advance," she said Wednesday during a visit to The Salt Lake Tribune's editorial board.

The BLM's Utah office finalized only the Moab master-leasing plan before Jewell left office, while several others remain in limbo, including ones for areas near Bears Ears, the San Rafael Swell and the San Rafael and Cisco deserts.

"Counties such as Duchesne, Uintah and Emery depend on oil and gas development for much-needed tax revenue, while many local residents rely on oil and gas jobs to feed their families and pay for housing," Utah public lands policy director Kathleen Clarke wrote in April.

Others say indiscriminate leasing of public lands will harm the oil and gas industry and could force the U.S. government into a series of costly buybacks on leases that ultimately prove unworkable.

That was the case with Montana's Badger-Two Medicine, an area sacred to tribes just east of Glacier National Park. The Badger was leased in the 1980s, but industry was never able to drill because of widespread opposition.

"If you want to buy a lease, I would want to make darn sure I'm buying a lease I can do my activity on, whether it's exploration or production," said Jewell, in support of the master-leasing approach. "I don't want to get tied up in court. I want a clear path forward."

END_OF_DOCUMENT_TOKEN_TO_BE_REPLACED 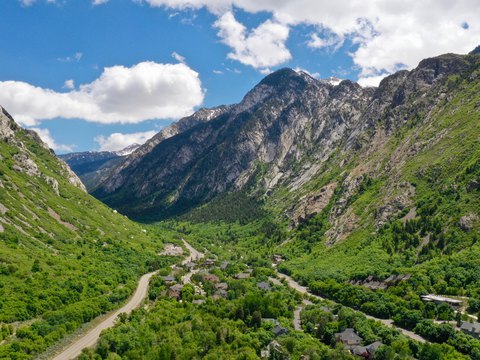 END_OF_DOCUMENT_TOKEN_TO_BE_REPLACED

Why are Utah hunters killing so many trumpeter swans?
By Brian Maffly • 35m ago

Paul Krugman: How will Biden deal with Republican sabotage
By Paul Krugman | The New York Times • 36m ago
END_OF_DOCUMENT_TOKEN_TO_BE_REPLACED