President Donald Trump's decision to withdraw the U.S. from participation in the Paris climate accord, announced Thursday, drew a wide-ranging and mixed reaction from Utahns.

He cited predictions that 15 years of compliance by all participating nations would only slow the rise of global temperatures "by a mere .07 degree Fahrenheit." Researchers at Stanford University, meanwhile, have estimated the cost of compliance "at $154 billion to the U.S. economy per year and a trillion dollars globally," Stewart said.

"The Paris Agreement is a boat anchor that will increase the cost of energy and make it harder to get poor people around the world out of poverty," he said.

Utah Rep. Rob Bishop, chairman of the House Committee on Natural Resources, called the Paris agreement "a political sideshow to America's energy renaissance and its contributions to reducing emissions through innovation."

The nation, Bishop said, "should not be taking any form of energy off the table, we should be innovating. We should be finding new ways to harness our energy potential to create an even more abundant, affordable, efficient and diverse supply."

And by so doing, the Utah Republican added, the U.S. "will continue to lead the world to greater prosperity."

Utah Rep. Mia Love would only say Thursday that President Trump's decision "reflects the danger of entering into international agreements unilaterally. Such agreements should be ratified by the Senate, or risk being overturned by future Presidents."

In a statement that made no mention of Trump or the accord, Gov. Gary Herbert's energy adviser, Laura Nelson, praised the state's "affordable, reliable and environmentally responsible" energy sector and noted that carbon emissions from Utah's power generation had dropped by over 15 percent over the past eight years.

"The state has a plan to continue to provide value to the economy and the environment, including a greenhouse gas initiative," said Nelson, who predicted further emissions reductions "based on Utah's commitment to markets, competition and investment in technology."

Salt Lake City Mayor Jackie Biskupski called Trump's action "unprecedented," saying that local leaders "must lead where the White House refuses to. Cities are paving the path toward a liveable future and I'm proud to count Salt Lake City in that cohort."

She and members of the City Council committed in July to shifting the city to 100 percent renewable energy sources by 2030 and slashing carbon emissions citywide by 80 percent by 2040.

Biskupski said Thursday U.S. cities will continue to push for clean energy "no matter what direction the president goes."

"Everyone understands that climate change is threatening all of us around the world and it demands action at every level of government," the mayor said. Utah's capitol city, she said, has already seen a warming trend affecting water supplies, worsening air quality and threatening the state's $1 billion ski industry.

She said she joined with 61 other U.S. mayors in affirming the Paris Accord, and will press clean energy at the upcoming U.S. Conference of Mayors later this month in Miami Beach.

"We're helping mayors realize that this is not overly burdensome," Biskupski said. "In fact, as we move to clean energy and use of renewables, we're creating jobs. There is a real opportunity if we do this correctly."

Climate change is a worldwide phenomenon, but one with significant local implications, according to Robert Gillies, director of the Utah Climate Center at Utah State University.

Temperatures across Utah are rising, Gillies said ­— in some cases twice as fast as the rest of the world. And as that warming continues, the USU scientist said, Utah will receive more moisture as rainfall and less in the form of snow, which will increase the frequency and severity of flooding and droughts.

However, Gillies said he was less concerned about those consequences than he was about the symbolism of Trump's move. The U.S. is seen as a world leader on cleaner energy and reducing carbon emissions, he said, and it could lose credibility as a result of the withdrawal.

Worse, Gillies said, the U.S. pullout could lead other countries to do the same, while also emboldening critics of climate science.

A spokesman for Rocky Mountain Power, Utah's largest electrical utility, said the company would not change direction as a result of Trump's announcement. Its parent company, Berkshire Hathaway, has made its own commitments under the treaty, Murphy said, and still intends to follow through.

In Utah, he said, the utility will "continue to do what's best for our customers, which is seeking the lowest energy prices possible while transitioning to more renewable energy."

And although those renewable sources were once more expensive than carbon fuels, Murphy said, market forces have made clean energy a more economical choice, bringing once-dueling goals of cheap power and clean energy into harmony.

Thursday is "a sad day for Utahns," said Matt Pacenza, executive director of HEAL Utah, an environmental advocacy group based in Salt Lake City. Subsequent generations, he said, will ask: "Why did you turn you back on an opportunity to protect our beautiful home for future generations? Why did you put profits of the fossil fuel industry over us?"

"We have very little time to act to ward off the reduced snowpack, limited water supplies, sustained drought, increased forest fires and worsening air quality," Pacenza said in a statement.

He argued that U.S. withdrawal from the accord was based on a fundamental lie that addressing environmental concerns "comes at the expense of the economy."

"Moving aggressively towards cleaner energy will boost our economy, not harm it," Pacenza said. "We certainly see that in Utah, where jobs in our growing rooftop solar industry already outnumber those in coal."

"The unratified treaty conflicted with [Trump's] plans to increase American development of the energy that actually powers the country," said Kathleen Sgamma, the group's president.

"The negative impacts on the United States of staying in the Paris agreement would have been enormous, and amounted to a fundamental reordering of not just energy, but the entire economy in the guise of the environment," she said.

"That private-sector, free-market solution is much more effective than an orthodox, top-down international agreement that even former Secretary of State [John] Kerry has admitted will have no impact on climate change."

Lindsay Beebe, organizer for the Sierra Club's Beyond Coal Campaign in Utah, voiced worries about Utah's economy. The state has depended on energy production for generations, Beebe said, and now that sector is moving toward renewable resources.

"We will see impacts in our diplomacy around the world," she said, "and in our economy as we are left behind in the clean-energy transition."

She also noted that the treaty could have helped to improve air quality on the Wasatch Front and in the Uinta Basin, which both suffer from air pollution tied to fossil-fuel use and production.

"There are ways to improve air quality, to cut carbon emissions, and to create a cleaner world for ourselves," Beebe said. "And we are willingly ignoring those opportunities to seek the easy out."

Jim Steenburgh, an atmospheric science professor and affiliate faculty member with the University of Utah Global Change and Sustainability Center, said he was disappointed by the president's decision.

"Being a participant in that agreement helps us take a leadership role, globally, as we address this great challenge," Steenburgh said.

Progress is already being made around the country, he said, as the market demand for cleaner-burning fuels and renewable energy sources increases.

And while those steps will likely continue, Steenburgh said the support and actions of the federal government are necessary for a large-scale reduction in carbon emissions.

"The longer we wait to take action, the more significant and the more challenging an adaptation to climate change is going to be," he said. "We need to get moving on this."

One industry active in Utah blasted Trump's move, noting that it comes just as the West's wildfire season heats up.

"From unstable weather patterns, unpredictable seasonality and increasingly devastating wildfires and droughts in the West to a measurable rise in ocean temperatures and an increase of floods in communities near previously stable waterways, it is indisputable that the climate is changing," wrote Amy Roberts, executive director of the Outdoor Industry Association, in a statement.

"By withdrawing from the Paris Agreement, President Trump has abandoned the United States' leadership on this critical issue and has ignored the voice of individuals and businesses across the country, including many in the outdoor industry," Roberts said. "With his actions, the president threatens not only the $887 billion outdoor industry and the 7.6 million American jobs it supports, but threatens the very future of our planet."

END_OF_DOCUMENT_TOKEN_TO_BE_REPLACED 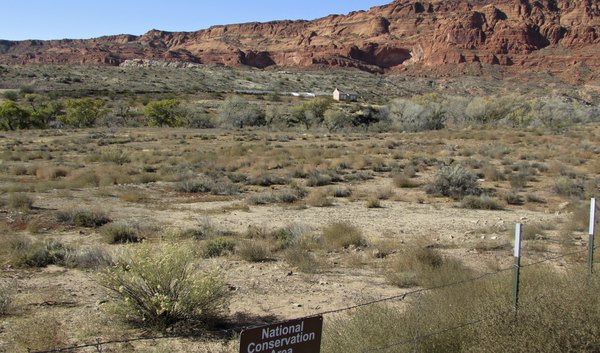 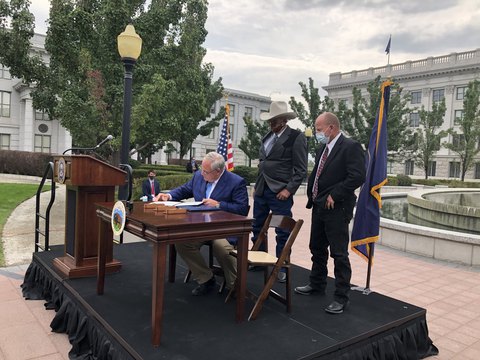 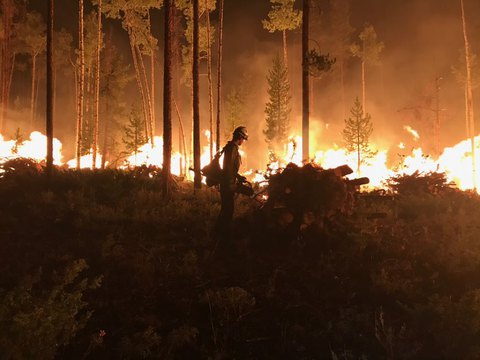 END_OF_DOCUMENT_TOKEN_TO_BE_REPLACED

Letter: Replacing Ginsburg is a poor strategy for Trump
By Andrew McKinnon | The Public Forum • 6h ago
END_OF_DOCUMENT_TOKEN_TO_BE_REPLACED