When John Arthur brings his students to the state’s annual chess competition, he can guess how they’ll react. They don’t “ooh” and “aah” over the fancy chess boards with glass pieces. And they’re not focused on how big or cool the convention space is.

Instead, they look around at the other students and one of them will say something like: “We’re the only brown kids here.” And they’re often right, Arthur said.

It’s part of why Arthur, who is Korean, takes his class to the tournament each year. Most of his sixth graders at Meadowlark Elementary in downtown Salt Lake City are kids of color. And he wants them to learn that they belong and can claim those spaces as their own, he said, especially “where they have not traditionally been represented.”

“It’s a proud moment for me," Arthur said, “when I see them take charge at the competition anyway.”

Arthur is in his eighth year of teaching at Meadowlark. Many educators leave the west-side school after completing their first three provisional years on the job, he noted, and transfer to the east side. But Arthur said he loves the opportunity to teach students who look like him and to give them opportunities, like chess and debate, that they might not traditionally have.

And on Thursday — largely because of that dedication — his students got to watch as this time he won his own competition and was crowned Utah’s Teacher of the Year.

“Wow. Are you kidding me?” Arthur asked as the state superintendent sneaked up behind him while he was teaching his class on Zoom. She carried a big check for $10,000 and a bouquet of balloons.

The kids' faces lit up on the screen, with several clapping. “Congrats,” they shouted. “Good job, Captain,” added one boy, calling the teacher by the nickname the kids have for him. Arthur choked back tears as he paced back and forth between the superintendent and the students on the screen, not sure if he should keep teaching the reading lesson he’d started.

To accept the honor, though, he was asked to say a few words in a separate video call with members of the Utah Board of Education. So his students took a quick recess, and Arthur threw on the tuxedo jacket he wore at his wedding. He said his mom, Suka, bought it for him with the hopes that he’d wear it again “when I won an Oscar or did something like that,” he said with a laugh. “This is as close as I’m going to get.”

As one of five finalists, Arthur had packed the jacket with him to his classroom Thursday on the off chance he won — which he didn’t think would happen, so on bottom, he still wore a pair of gym shorts. Still surprised at the honor, he told the board members, “I’m COVID chic.”

In seriousness, though, he said: “Children are the best people, and teaching is the best job. There’s just no better way to spend the day.”

His focus, he said, has been on helping students of color succeed because he believes they’re often left behind. He’s served for years as the Asian American representative on the state board’s access committee, which advises on education equity policies. With his role as Teacher of the Year, he intends to advocate for more minorities in the state’s teaching force, as well as “more culturally responsive practices in the classroom.”

“When kids come back post-COVID, I want them to see teachers who look more like them,” he added. “And we’ve just got to make sure that we’re constantly shining a light on kids who might otherwise be forgotten.”

Growing up, he said, he was “a shy Korean boy” who didn’t often speak up in class. It wasn’t until middle school that Arthur had a teacher who focused on him and tried to get him involved in academics. At that point, his ninth grade teacher, Mrs. Anderson, pushed him to join the Model United Nations club. It changed his trajectory, Arthur said. And that’s what he hopes to do for his students with chess — which he teaches on the first day of class each year.

It shows them strategy and competitiveness, he said. But mostly, with 80% of the students at Meadowlark Elementary coming from diverse backgrounds, he hopes it teaches them that nothing is off-limits to them just because of the color of their skin.

“I feel this award is so well deserved,” Utah Board of Education member Janet Cannon commented on the videoconference.

With the title, Arthur also gets a trip to Washington, D.C., to meet President Donald Trump and the chance to compete for the title of national Teacher of the Year. He succeeds last year’s Utah Teacher of the Year, Lauren Merkley, and will stand next to Rae Boren from Copper Hills High and Emma Moss from Eastmont Middle School, who were named runners-up.

“Thanks for all you do, all of you,” added member Cindy Davis.

Overall, it was a different kind of ceremony than usual for the honor because of the coronavirus pandemic. And that’s also made it a particularly hard year for education.

“We sacrifice our bodies and minds and souls,” Arthur added. “We give everything in service to our kids and to the education of our students.”

He teaches in Salt Lake City School District, the only one in the state to have started classes entirely online this fall. He jokes that he’s a lot more like Tom Cruise in “Minority Report” now, with all the technology he’s hooked up to while he’s instructing. But he’s glad the district prioritized safety, and he tries to incorporate a lot of the same things he would if his class was in person.

For one, he carries a camera around the classroom so students get a sense of what it looks like. The biggest thing he wants them to see are the posters he’s hung up. There are pictures of towering mountain peaks, some covered in snow, others with a line of climbers making the way to the top.

It’s because Arthur’s mantra for the class is: “We climb, we rise, we help.”

His goal for his students is to teach them to work hard to get to the mountaintop, both in class and life. But they all have to assist one another and reach it together. No lesson is done until everyone in the room understands. If one student finishes the math assignment early, the expectation is that she finds another kid who would like her help. If a student is struggling, Arthur reminds him that he only gets to the peak “step by step.”

“He is not a normal teacher,” Felicia Raybourne, the mother of one of Arthur’s former students, wrote in his nomination for Teacher of the Year. “He is there to help kids through life. He makes sure his students understand everything they are learning no matter how much extra time it takes.”

When the class completes a lesson together, Arthur declares: “Champs, we made it to the top of the mountain.” His student call him “The Captain” because of that. And he calls them his crew.

He lets them pick out their own nicknames, too. Part of that is to have fun. Part of it is to let them embrace who they want to be, he said. One girl goes by “Gucci Banana.” There’s also a kid that likes to be called “Bacon,” one named “Beef” and another called “Shadow.”

“When you have a ‘Big Boi 27’ in your class, it’s hard not to smile,” Arthur said. “But it gives you a little bit of confidence. When I step in the building, for instance, I’m ‘The Captain.’ It’s like an alter ego or a superhero. I want to empower these kids to feel the same.”

He also shows them clips about hard work from “Cool Hand Luke” and runs a YouTube channel where his class annually makes a music video. And it’s also got clips of them discovering bugs, smashing eggs in a science project and dancing in the classroom.

There are some glimpses of Arthur’s activism there, too. He spoke at the teacher rally earlier this year — before the pandemic — demanding the governor increase funding for schools. And he also joined a rally with the Salt Lake City School District a year earlier, calling for a raise for educators.

He loves the district, he said, and wants to see it improve. And he wants all students to get the education they deserve.

Winning Teacher of the Year, he said with a laugh, is kind of like the next move in the chess game to accomplishing those goals.

END_OF_DOCUMENT_TOKEN_TO_BE_REPLACED

‘Trib Talk’: The future of The Salt Lake Tribune
By Sara Weber • 12h ago
END_OF_DOCUMENT_TOKEN_TO_BE_REPLACED
L

END_OF_DOCUMENT_TOKEN_TO_BE_REPLACED 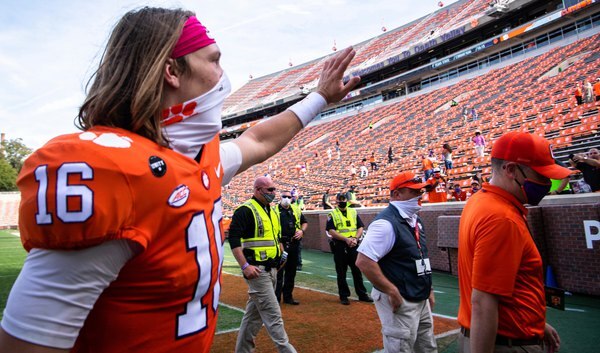 Gail Collins: Take this Trump quiz before it’s too late
By Gail Collins | The New York Times • 47m ago

Farhad Manjoo: There is only one existential threat. Let’s talk about it.
By Farhad Manjoo | The New York Times • 47m ago
END_OF_DOCUMENT_TOKEN_TO_BE_REPLACED