Salt Lake City School District may be the only one not welcoming students back to the classroom when K-12 schools reopen across Utah — as directed by the governor — beginning next month.

That’s because the district, unlike any other in the state, falls in what is still an “orange,” or moderate, risk zone for the coronavirus. And under the status, schools are required to continue with online learning.

“We definitely need to take that possibility into account,” said Yándary Chatwin, spokeswoman for the district.

The “orange” area covers all of Utah’s capital city, where there have been persistently high numbers for those contracting COVID-19, including neighborhood hotspots in Glendale and Rose Park. Gov. Gary Herbert will review again later this month whether he wants Salt Lake City to stay as the only location in that designation or if he’ll move it to one of the lower risk levels of “yellow” or “green,” like the rest of the state.

Unless he changes the status before school starts, though, the 22,000 students in the city’s district will be staying home.

It’s the same decision that states and cities across the country are grappling with now. All K-12 campuses in Los Angeles, for instance, will remain closed for the fall, with an announcement Monday, due to spiking virus cases there. In New York City, though, the nation’s largest school system, all schools will partially reopen.

In Utah, the governor has called for every public school to open its doors in some way, leaving the decisions on how to do that to the individual districts. A spokeswoman said Monday that Herbert is aware of the challenge that remaining in “orange” presents for Salt Lake City School District to follow his instructions. But he plans to work with all districts to “have them reopen in the fall ... [and] will continue to work with them as that date approaches,” she said.

To prepare, the Salt Lake City School District has released its preliminary plans — with one option under “orange” and another for “yellow.” It has until Aug. 1 to finalize those, when every district in the state must submit its own guidelines for how they will reopen.

If the restrictions stay the same, Salt Lake City School District will not be opening its doors to students, Interim Superintendent Larry Madden told parents in a letter sent last week, and will carry on as it did this spring when schools were first shut down.

“Thank you for your patience as we continue to adjust plans to meet students’ educational needs while also balancing the need to protect the health and safety of our students and staff,” he wrote.

But if the city moves to “yellow,” the district has planned for a slow return to class with a modified schedule. To avoid large gatherings and to help with social distancing, Madden said, elementary and middle school students would be split into two groups and only attend in-person classes two days a week while doing online work with the other time.

Gov. Gary Herbert requires masks for all in K-12 schools this fall, but does not impose statewide mandate

Reports of child abuse in Utah are down. Experts say it’s because schools closed early with COVID-19.

Most Utah schools, colleges are expected to open this fall

The first group would go to school on Mondays and Thursdays. The second group would go in on Tuesdays and Fridays. Wednesdays would be “digital days” for everyone, with teachers able to use the time for planning or one-on-one instruction.

High schoolers would also have Wednesday for remote learning. But because there are so many more students there, they will be split into four groups and attend in-person sessions only once a week. Instead of having eight classes at a time, the first quarter will focus on four classes. And the second quarter on another four.

Some parents have pushed back on that plan on social media, calling it disruptive to learning and unmanageable for working households. One said it was “tragically inept.” Another asked: “When are parents supposed to work???”

The district said, though, that it drafted the schedule with input from two separate parent surveys conducted in May and June. At the time, two-thirds of parents said they didn’t feel comfortable sending their kids back to school even in a “yellow” status, Chatwin said. But 69% said fewer days in school and more online learning was preferred if they had to.

“We know it’s not perfect,” she said. “We’re making this plan using the feedback we got from parents and teachers. And there’s still a lot that’s being worked on.”

Chatwin added that she’s heard from many parents who have been comparing the district’s plan with others in the state that are reopening. That’s hard, she said, when Salt Lake City is in a different situation with the virus.

“Some of the ZIP codes in our city have been the hardest hit,” she said.

Reopening plans for all school districts in the state must follow the rules set by the Utah Board of Education in conjunction with the governor. That includes offering ways to accommodate students with all-online learning if they are in high-risk groups (who could get sicker if they catch the virus) or are uncomfortable returning to the classroom. Also, there are strict requirements for social distancing and sanitation.

Desks should be spaced at least 6 feet apart, state leaders say, something that is not always feasible with Utah’s large class sizes, so the state board’s written guidelines suggest students sit “as far apart as reasonably possible.” Masks also are required after a mandate from the governor last week. And each district should have a set standard for closing again in the case of an outbreak.

Beyond that, the plans are up to the individual districts. Others, including Jordan School District, are also trying abbreviated weeks.

One thing that Chatwin believes will help in Salt Lake City is that online instruction will be done through only one platform this fall. Earlier, in the spring, some students were having to log on to several websites to do their homework. It became a headache for many families, and 20% of kids statewide never got online, according to the Utah Board of Education.

Now, the district will use only Canvas, which students already are familiar with. And it will offer more training for teachers on effective strategies for online classes.

As the school year starts, the district plans, too, to assess if students are behind in their coursework because of the virus disruption, so teachers can target their help and get those kids caught up.

In addition, Salt Lake City School District has worked to sanitize all buildings and install plexiglass windows at the front offices and libraries at its buildings. It’s also reviewing air circulation — which the virus can spread through — and plans to replace filters more often.

“As we saw in the spring, things can change quickly and we want to be ready,” Chatwin added. “We’ll be releasing more information for sure.”

END_OF_DOCUMENT_TOKEN_TO_BE_REPLACED 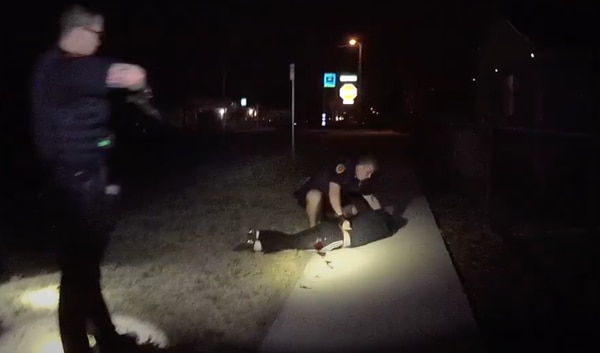