Press the space bar to jump. Hold W to walk. And use ctrl + ↑ to move across the stage and collect your diploma.

During a one-of-a-kind ceremony Friday, that’s how students in the University of Utah’s Entertainment Arts & Engineering (EAE) program graduated: in a video game they designed.

It was their workaround to the coronavirus pandemic, which has upended celebrations across the country this spring, including graduations. With classes moved online, too, some of those finishing up college have been left feeling like they’ve missed a milestone.

“We knew that and wanted to do what we could to give these students a special experience,” said the U.'s EAE director, Michael Young. “Of course, because we’re a games program, we needed to make a game.”

The video game that came out of that looked and sounded much like a typical ceremony. Avatars for each student walked around in pixelated caps and gowns. The scene was set up to look like the program’s building on campus. Professors, too, joined in and sat in the front row of the virtual auditorium before giving speeches.

A lot of students pressed A over and over, jumping around in excitement.

The first ceremony was held at 9:30 a.m. for those in the EAE master’s program. Undergraduates celebrated later in the day with a second video game commencement at 2 p.m. Family and friends could watch a live stream on Twitch, a popular gaming platform. Many tuning in commented “so proud,” “love you” and “congratulations.”

Sitting at home individually with their controllers, the graduates in the game did what they couldn’t have in real life because of the virus: hugged their friends, walked across the stage and shook hands with their professors.

“It’s been hard. We’ve been in this program for two years together and then we couldn’t see each other any more,” said Light Bates, 27, one of the master’s students who helped engineer the game. “So to be together in a space we created meant the world.”

You cannot transmit coronavirus through sex, a new University of Utah study finds

Bates and two other students, Doug Hawthorn and Jacob Nielsen, designed the game in less than three weeks. At first, faculty didn’t think it could be done. To build such a large multiplayer platform is difficult, and it has to be run on a server.

Professor Robert Kessler, who cofounded the EAE program at the U., said they started talking about options as soon as classes moved online March 16 — at the start of spring break. He and Young, the director, found a company that would help them host the game, but they weren’t sure how quickly they could create it.

“We cobbled this together as fast as we could,” Bates added.

“Including,” Kessler noted, “last-minute fixes to characters from 10 p.m. last night to early this morning, like 5 a.m. It’s been kind of crazy.”

Up until this week, the three students and Kessler worked on the program in secret as a surprise for the other graduates. In EAE, there were 58 master’s students graduating and 139 undergraduates getting a degree.

When Kaltin Kirby, 27, learned what was going on, he texted the link to watch the video game to all of his family across the state and country.

“They wanted to come out and celebrate, but we couldn’t do it any more,” he said. “When the game was live, they were all sending me texts and screenshots. It made me tear up quite a bit.”

Kirby was hired last week at a company in Wisconsin to develop educational games. He’ll work remotely, at first, during the pandemic. But having a sendoff with his friends in the video game, he said, gave him some closure and made finishing college feel more real with everything going on.

Danielle Powers, also 27, said: “To go out in a game, I think it’s even better than an in-person graduation.”

Powers picked a green avatar with eyelashes for the ceremony. And when they called her name, she maneuvered the character on stage.

They played “Pomp and Circumstance,” too — but not before an ode from “Star Wars.”

The students talked to each other, saying “I lost my place in line” and “Move into the new row.” One joked about social distancing, saying to “stay six pixels apart.” Above each one floated an actual picture, taken on their first day in the EAE program.

“It was really intimate and personable,” Powers said. “It felt very tailored to our cohort. And it was so memorable.”

The video game ceremony came one day after the one held one online for all graduates.

Usually, though, the separate commencement for the EAE program includes a party afterward where people can test out the games that the master’s students made — instead of having the students be in a game for graduation. Those will still launch online this year. Powers and her team made a kids’ video game called “Strange Creatures.”

Bates balanced making his final project and the graduation game. But the hardest part, he joked, was actually writing his speech. While giving it on the virtual stage he made, he thanked his classmates for their time together over the last two years and wished them the best.

“We are in quarantine in the middle of a pandemic and we’re all still here together,” he said.

The crowd laughed, engaged in a ceremony that was, overall, quite animated.

END_OF_DOCUMENT_TOKEN_TO_BE_REPLACED 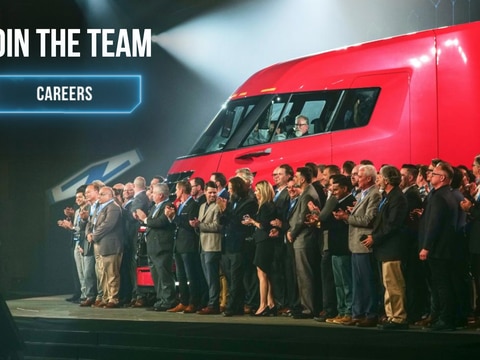 END_OF_DOCUMENT_TOKEN_TO_BE_REPLACED

There’s a ‘Mormon’ in the new season of ‘Fargo,’ and a Utahn is one of the writers/producers
By Scott D. Pierce • 17m ago 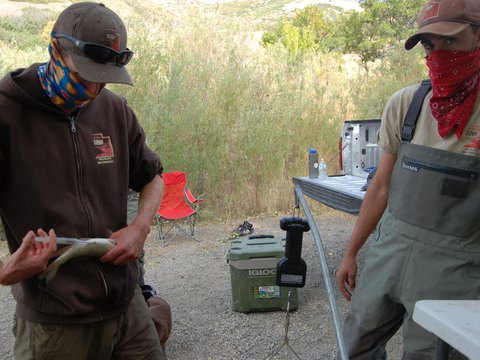