When Sarai Lambert Pixton first heard about the upcoming Women’s Conference at Brigham Young University, she wanted to go.

After all, she is a woman and a member of the LDS Church, which owns BYU, and she thought it would be enriching to spend the day learning more about the faith she loves. But as she looked closer at the details, she started to be less excited.

While women obviously are allowed at the event — and men, too — kids are expressly not. There’s a note on the school’s website for the conference spelling out that the limitation includes newborn babies: “Nursing infants cannot be accommodated,” it read. And Lambert Pixton, who has a 4-month-old boy, suddenly didn’t feel welcome any more.

“My baby has a hard time with a bottle,” she said, “so saying that he’s not allowed also means I’m not allowed.”

The two-day Women’s Conference has been held annually at BYU’s campus in Provo since 1976 and is considered the largest gathering of Latter-day Saint women. But even though the Utah-based Church of Jesus Christ of Latter-day Saints promotes family and having children as a core belief, it’s been a “long-standing” rule, according to the school’s spokeswoman, that kids and babies are not allowed at the college event.

This year, though, women are challenging that.

“It’s just really bizarre that at a conference about family and womanhood that they wouldn’t allow nursing children to be there,” said Nataly Wixom-Burdick, who is a member of the church and has an 11-month-old baby. “You’d think that a women’s conference would be aware of the struggles that mothers, especially nursing mothers, go through.”

She was surprised, she said, when she found out about the rule. And she wants the church to consider changing it.

Particularly with babies, it’s not always as simple as getting a babysitter for a few hours. Lambert Pixton’s baby boy, for instance, hasn’t yet warmed up to bottles — so she takes him everywhere she goes so she can breastfeed him.

She tried leaving him with a neighbor when she went to see a play this winter, she said, but she ended up leaving part of the way through when she got a message that he was hungry and wouldn’t stop crying.

At least 40 students say Brigham Young University discriminates against those with disabilities. But the school says some of those accounts ‘are inaccurate.’

The Women’s Conference at BYU is an hours-long event stretched over two days, beginning on April 30 and continuing May 1. Lambert Pixton said there’s no way she could be away from her baby for that long since he won’t eat out of a bottle (so pumping milk ahead of time wouldn’t make a difference).

“I do feel like it’s an exclusionary thing,” she said.

Wixom-Burdick added that mothers, too, can have anxiety like she does when leaving their new babies for too long. Expressly not accommodating nursing infants, she believes, is more challenging than just not having toddlers or young kids there.

The annual gathering is held at the Marriott Center at BYU, an arena that typically hosts sporting events. The venue’s website says that the building includes a mother’s room where women can nurse. And, at basketball games, it says, “Younger infants not requiring a ticket must be seated on a lap and must not interfere with the sightlines or enjoyment of other guests.” But babies are not banned.

It’s only when the arena hosts the Women’s Conference that the rules change. For that event, only those 16 and older can attend.

BYU spokeswoman Carri Jenkins said that decision was made “after considering the logistical and safety constraints in place and considering the needs of all conference participants.” Unlike at an athletic event there, she added, “children would not have the opportunity to stand and move about during a session.” Jenkins said the rule has been in place for years; some women on social media, however, recalled going to the conference in 2010 and being able to carry their babies.

It’s unclear exactly when the policy changed. But those who are unable to attend based on the rules, Jenkins noted, can instead watch a free delayed broadcast of the session on BYUtv and on lds.org.

Wixom-Burdick said that she’ll end up watching the keynote address online but is frustrated that mothers with young children will be prevented from going. When she attends church every Sunday at her LDS congregation, there are always babies and it’s not a big deal, she added.

“It’s not like it’s something we don’t deal with all the time as church members,” Wixom-Burdick said. “There’s always crying babies in sacrament meetings and we roll with it. So why can’t we roll with it during this conference?”

She’s also upset that the conservative college would not accommodate babies when LDS Church leaders so often encourage women to get married and have kids. In fact, the topics at the conference will include sisterhood, marriage and the gospel around family. And the event is co-sponsored by the faith’s all-women Relief Society.

For Latter-day Saints, motherhood is often referred to as a “blessed calling.”

In 2005, then-BYU President Cecil O. Samuelson told the school’s female science students that the church “is in favor of [children]. This means not only having them, but caring for and rearing them in righteousness.”

And late LDS President Gordon B. Hinckley spoke repeatedly about women getting the most education they can, but that they should also “set your priorities in terms of marriage and family.”

In fact, Utah has one of the highest percentages of breastfeeding moms in the nation, according to a 2012 report from the Centers for Disease Control and Prevention.

That doesn’t mean there hasn’t been pushback within the faith. In 2018, a female member of the church was denied a temple recommend after nursing her 18-month-old child in the foyer of a meetinghouse without covering up. A recommend gives the holder permission to enter LDS temples, attesting to the person’s adherence to church behavioral and belief standards — and the faith’s local lay leader said the woman violated a “modesty issue.”

Many women challenged that — pointing to a church monument with breastfeeding women — and asked the faith to put out a formal statement on breastfeeding. It didn’t, but most meetinghouses have a special mothers’ lounge in the women’s restroom to breastfeed.

In 2018, Utah was one of the last states to pass a law making it clear that it’s legal to nurse a child in public. But BYU’s campus is private and can decide not to adhere to that.

And if that’s what the school chooses, Lambert-Pixton said she no longer wants to go to the Women’s Conference.

END_OF_DOCUMENT_TOKEN_TO_BE_REPLACED 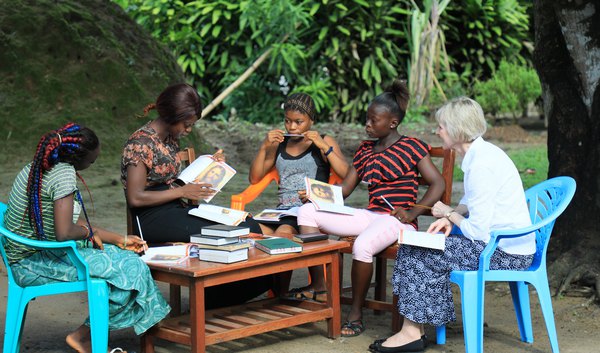 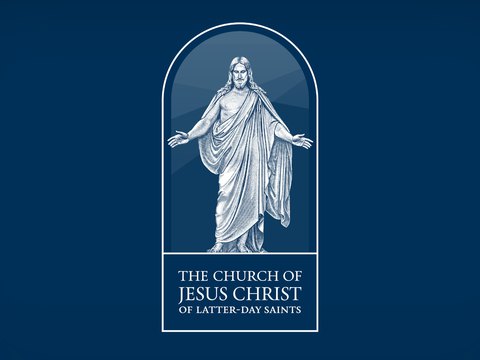 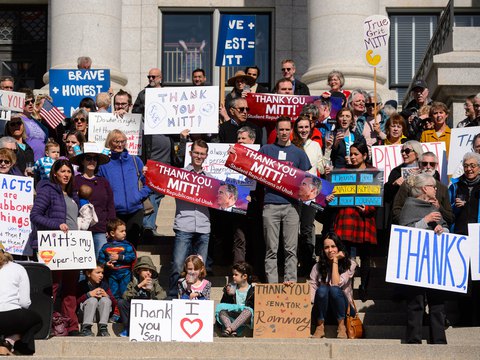