She stood at the front of the courtroom, trying to read the statement she had written — but her hands were shaking so much that the words on the white paper became a blur.

Holding back tears, the girl said that the man she was dating took advantage of that. He was a student-athlete at the University of Utah. She was in high school. He asked her for money for groceries and textbooks. She gave it to him. He yelled at her. She forgave him.

Then, the girl said, it escalated. He started threatening her. “He said he wanted to throw me through a tree.”

When she went to his dorm room to break up, she recounted, he threw things at the wall to scare her. He locked her in, too, and wouldn’t let her leave.

“He held me in his apartment, pushed me multiple times, pinned me on his bed and tried to force himself on me,” the girl said. “But I was able to get out of the situation.”

When she told campus police what had happened, she also shared a voicemail that the student had left her. In it, he screamed that he would kill the girl. A detective at the U. told her boss about it, and then left for the night. The supervisor later called her back in to arrest the student.

On Friday, the former student-athlete pleaded guilty to threatening violence, a misdemeanor citation enhanced with a notation of domestic violence. He was arrested in February and removed from the school’s sports team then; he also no longer attends the U. With the hearing Friday in Salt Lake City Justice Court, the allegations are now resolved.

The case originally drew attention because of the detective’s response. Kayla Dallof, who worked for campus police, was assigned to look into the girl’s report of the death threat. The university’s police department later fired her, according to a termination letter released by the school, because of her inaction in addressing the concerns — which came after she also failed to respond to what student Lauren McCluskey reported before she was killed on campus last fall.

Dallof has challenged that description.

Without the connection to Dallof’s firing, The Salt Lake Tribune generally would not report on such a misdemeanor citation and has chosen to not name the student. He has no other criminal history, according to Utah court records. The Tribune also has not named the victim, who was a minor at the time.

As part of the resolution, the student must pay the court $340, complete counseling and have no further contact with the victim. In a year, if he hasn’t been arrested again, his record can be cleared.

On Friday, the student stood at the front of the courtroom, wearing a blue blazer and nervously rocking back and forth as his attorney presented his plea. The student hardly said a word other than “yes, ma’am” and “guilty, your honor” to the judge.

In a deal with prosecutors, a second count against him for unlawful detention of a minor was dropped.

The court also approved a statewide protective order for the girl. She previously had a no-contact notice, but she said that the student violated that, showing up to her workplace and texting her threats more than 25 times.

“He is continuing to try to make my life awful,” the girl said.

In investigating the case on Feb. 14, Dallof had talked to the male student and he acknowledged he had detained the girl but said she was also violent toward him. Before leaving work, Dallof stopped by her supervisor’s office to tell him about the case.

“After listening to the voicemail, I immediately went to him," she said. The sergeant wasn’t there, so she texted him.

Her termination letter said she then left without taking action. She told The Tribune that she asked the sergeant in her text if she should arrest the man, and he texted back to tell her to hold off. When he later listened to the voicemail and talked to other department leaders, he called her back in.

According to a recording of their call shared by Dallof, the sergeant said: “I wish I would have heard it before you left. I was busy typing emails. ... We need to go book him in jail tonight, so I’m going to have to have you come back. No choice on this one. Not with that voicemail.”

Dallof did so, and then also came back to work the next day, she said. Her termination letter noted that she was off for the weekend.

“Leaving without taking immediate action on this matter is a complete dereliction of duty,” U. police Sgt. Kory Newbold later wrote.

The school’s police force has adopted a “zero tolerance” policy for domestic violence cases since McCluskey was killed on Oct. 22. No officers were disciplined then. But Newbold said he decided to fire Dallof for not following that rule in the subsequent case with the 17-year-old.

The detective had also been assigned to McCluskey’s case. She did little to investigate the student’s concerns before she was killed outside her dorm on Oct. 22 by the man she was trying to report, independent investigators found.

The details behind Dallof’s firing were released in August, five months after she left her position, because she had finished the appeals process and her termination was upheld. The detective has told The Tribune she believes she was used as scapegoat by the university, which has faced heavy criticisms since McCluskey’s slaying.

Dallof said: “I’m very concerned about the process up there and what’s going on.” She now works for the Weber County Sheriff’s Office, which has also defended her actions.

END_OF_DOCUMENT_TOKEN_TO_BE_REPLACED

University of Utah, Utah State will hold in-person classes this fall
By Courtney Tanner • 3d ago 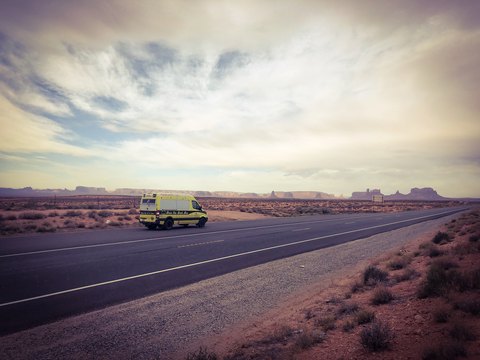 ‘A source of hope': 1,500 books donated to students in home-isolation on the Navajo Nation
By Zak Podmore • May 21

END_OF_DOCUMENT_TOKEN_TO_BE_REPLACED

Major League teams have begun releasing minor league players. How have the Bees, Raptors and Owlz been affected?
By Julie Jag • 53m ago

Some Utah LDS wards are resuming restricted Sunday services, but how they’re doing it varies
By Peggy Fletcher Stack • 57m ago
END_OF_DOCUMENT_TOKEN_TO_BE_REPLACED